Introducing Flockheart, the source of your next favorite groove 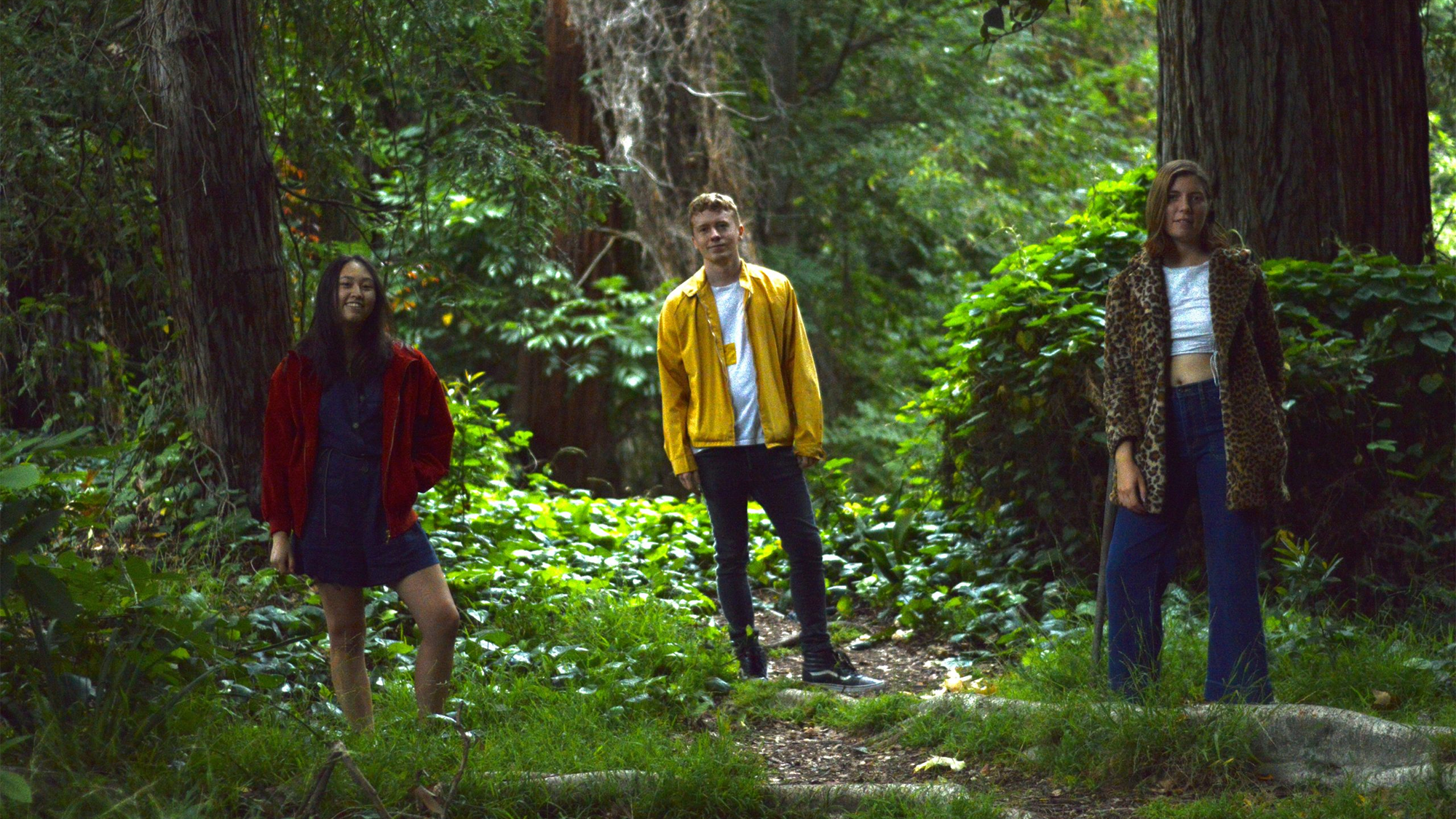 Flockheart's music is a unique combination of genres that meld together perfectly. (Photo via Spotify)

Instead of making the 2,641-mile trek from College Park to Los Angeles, I took a shortcut through Zoom to meet up with the indie band Flockheart. After seeing their viral TikTok on my For You page, I’ve since become devoted to the band’s inimitable and eclectic sound, which blends aspects of pop, dance, electronic and even disco into a pleasant sonic kaleidoscope. Flockheart is the kind of music I imagine an astronaut cat would enjoy listening to while chasing a ball of yarn through an absence of gravity. It’s exuberant and innovative, yet nostalgic.

Flockheart is a three-person band consisting of vocalist Roxanne Seven, drummer and keys player Brayden Hesford and guitarist-bassist Sydney Deardorff. Hesford said he’s known Deardorff since middle school, where they met at a music school, and then several years later played in a rock band together during high school called Steady Impact.

Later, Hesford attended the University of California, Los Angeles, where he met Seven. After Sydney transferred to UCLA, the trio would jam and record together on the weekends. After about six months, there was more than enough material to create songs. Then, Flockheart was born. Now, Hesford and Seven live together in Pasadena and Deardorff still resides in the city, but the trio have kept up the tradition of meeting and playing together on the weekends, Hesford said. The band has been together for almost four years.

“People think of the stereotypical L.A. with the industry and influencers and stuff like that, but there’s a lot of really rich and diverse cultures here,” Deardorff said. “It’s a place that’s a little bit harder to love than other cities, like New York or San Francisco, but that’s what makes it all the more rewarding.”

“I feel like it’s a little easier to love for musicians,” Seven added, describing the dense concentration of artists in the area. Musicians always perform in Los Angeles so she can always see those that inspire her.

Seven said she listens to Remi Wolf, who also recently put out an album, but that she strives to attain Little Dragon’s elaborate but catchy vocal melodies through Flockheart. Hesford said he’s had Disclosure’s new EP on repeat for days, but the more complex rhythms of KAYTRANADA and Harvey Sutherland motivate some of his drumming styles with Flockheart. Hesford said once he heard their music, he turned his back on simpler patterns.

Deardorff takes cues from Metronomy, citing their incorporation of disco bass techniques into the indie genre. She’s also intrigued by Steely Dan’s jazz influences and the electronic music of Against All Logic. After a small discussion, they unanimously agreed Gorillaz would be their choice if the band could collaborate with any of today’s music artists.

Flockheart doesn’t have one set process for making their tracks, Hesford explained. The “golden standard” is to write a complete song together in one day, though it’s rare. Otherwise, Hesford typically gathers a drum beat or chord progression, and alongside some riffs from Deardorff, the band creates a loop. By this point, Seven has heard the burgeoning song ceaselessly, so she already has an “instinct for a melody or a lyric.” After vocals are added, they finetune the track. It’s tricky to do, but they’re getting better at it, Hesford said.

While another full project to follow 2020’s Sounds from a Dingbat may be far away, the band is sitting on a collection of singles they plan to release periodically. However, they’ve tossed around the idea of taking a two-week vacation to create a focused EP, Hesford said.

“The dream, at least for me, would be in the future to take some time and write a project that’s all coherent … but that’s a ways off,” Deardorff said.

The band hasn’t had the opportunity to perform live — yet. In the future, Hesford said they’re looking for another guitarist to help during gigs. They had one show planned last year on Sunset Boulevard in West Hollywood, but unfortunately it was canceled as shutdowns due to the COVID-19 pandemic began, Seven explained.

Earlier this year, the group livestreamed on Reddit to experiment with performing a live set, which simulated the pressure of an audience through the comment feed. Flockheart maintains several active social media accounts. They have an Instagram account where they post some impressive covers, demos and recently released tracks. Hesford understands TikTok, and generally going viral, can clearly help promote Flockheart’s music. He’s more comfortable using the band’s accounts to generate listeners than using advertisements, as in the “pre-TikTok era.”

“I feel nowadays there’s a direct path to reach people that wasn’t there before. And even though it’s a crappy social media app on your phone, it’s better than nothing,” Hesford said.

Flockheart is not only an exceptional act but is also another indication of the music industry’s fluctuating nature as social media appears to take a predominant role in promotion.

The band’s latest single is one of their strongest yet. “Seven Ninety Nine” is a hazy synth landscape, full of Deardorff’s funky basslines, Seven’s characteristic vocals and Hesford’s boundless rhythms and runs. Even though the band is just getting started, their creativity overflows from Los Angeles all the way to the east coast.