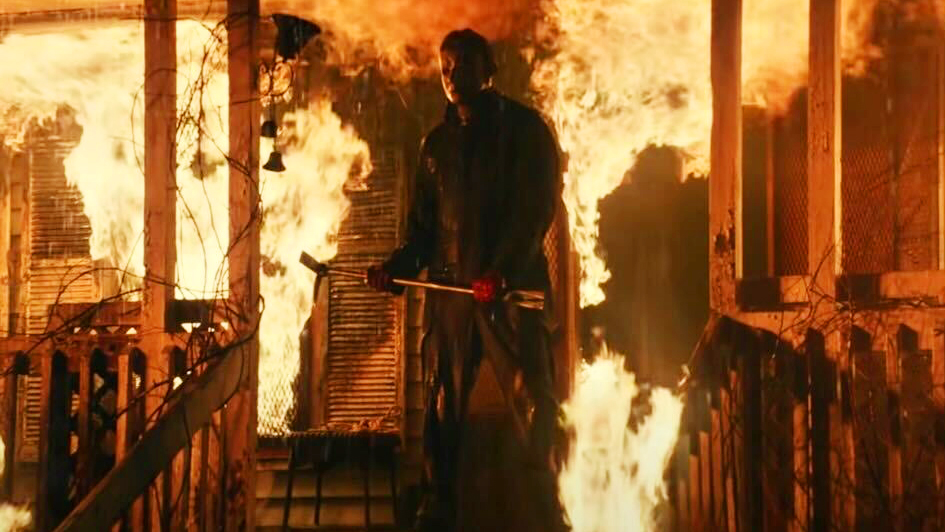 Halloween Kills is a film that plays into the legend of the mysterious Michael Myers.

On Oct. 15, the picture played in theaters and seemingly pleased most audiences. However, it is tough to say that everyone was satisfied.

As a horror film guru, I can successfully evaluate whether or not a film is scary. I can tell you now — this film is not keeping me up at night.

Although, that might stem from my fear of Michael Myers when I was younger and it being eradicated after seeing too many of my relatives dress up as Myers for Halloween.

Nonetheless, I personally thought Halloween Kills matched the energy of a subpar original Netflix horror film. No offense to those who enjoy Netflix horror films, this is perfectly fine. I never did say this film was ultimately bad. There’s a reason it still rates fairly decently with a 71 percent audience score on Rotten Tomatoes –– the film is entertaining.

The culmination of bloodiness, traditional elements of a horror film and the classic lore of Halloween all factor into its popularity. I would predict that most audience members watched to relive the same gore factor the rest of the franchise has.

There were a lot of elements of suspense that I personally liked, which kept it really entertaining.

The disappointment of an unsuccessful protagonist never fails to carry a film. But it did get to the point where I truthfully began to wonder how long the credits were because –– wait how many people did he kill again?

As a personal preference, horror films with more silence and suspense fare well in my mind. Even the soundtrack, as corny as it sounds, influences my decision.

The music selection in this film was predictable. There were times when I thought the soundtrack was almost tacky. I don’t think you need to fully evaluate the significance of horror movie soundtracks, however, it serves some purpose to say the least.

Before the film had even premiered, a petition emerged about a particularly offensive scene. The scene depicts a burning house with firefighters responding to a call, but are soon met with their fatal doom at the hands of Michael Myers in a gruesome mass homicide.

A soon-to-be firefighter shared their thoughts as they wanted the scene to be removed. Currently, the petition to remove the scene has more than 430 signatures.

I would almost argue that this angle is a bit ridiculous, but everyone reserves the right to be offended.

[Review: ‘Lamb’ is a slow burn, but it never truly ignites]

I agree that the senseless murdering of firefighters is wrong and immoral but so is the killing of anyone. The point of a horror film is to be unsettling, disturbing and downright upsetting. First responders are almost always a target for the villain, especially in horror films. This is a fairly standard element of horror.

I promise this will not be the most critical review of this film. I’m sure you’ll stumble across groups of people who are up in arms about this film and want to see it perish. But all in all, Halloween Kills will bring many elements of horror to your Halloween festivities and if that’s what you’re looking for, then I would invite you to view this film.