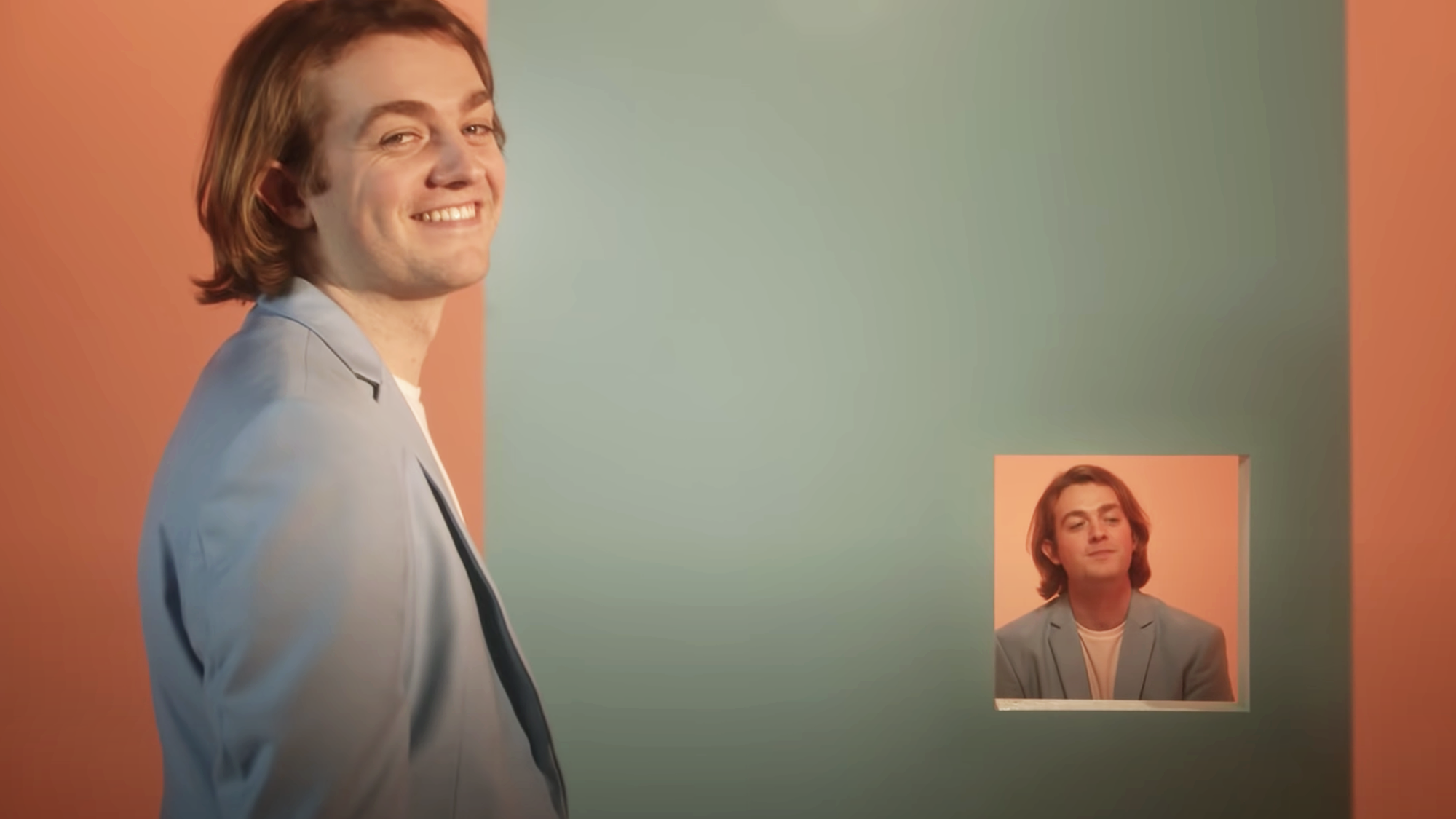 As soon as the disco ball illuminated the room with faint light, I knew we were in for a show. And what a show it was, filled with dancing, rock ’n’ roll and an infectious aura of positivity.

It’s a trademark of Dayglow’s style, and it shined throughout his performance at the 9:30 Club on Oct. 19.

Sloan Struble, who goes by the stage name Dayglow, is an indie-pop artist who found success after releasing his single “Can I Call You Tonight?” off his debut album Fuzzybrain. More recently, he released his sophomore effort Harmony House in 2021. Washington D.C., was one stop of many on his tour through the U.S. and Europe.

The night kicked off with an opening act from indie rock band Hovvdy. The heavy drums and rock ’n’ roll vibes were enough to get the crowd warmed up. Even then, the anticipation was high — the crowd lost it for a second when they saw Struble peek out of his dressing room to see the performance.

[Introducing Flockheart, the source of your next favorite groove]

Before long, it was time for the main act. A bit of smoke and a disco ball announced his entrance. As the stage lights kicked off, Dayglow jumped onto the stage in a T-shirt, button-up along with vintage canvas pants, a huge smile on his face and his blonde hair flying around.

Dayglow and his whole band were an eccentric bunch. Struble danced on stage, bouncing around while playing the guitar and singing. With songs such as “Listerine” and “Crying on the Dancefloor,” even the most serious of attendees were grooving to the beats.

The whole performance felt warm, joyful and fuzzy, exactly on-brand for his album. Struble himself radiates sweetness — every time the crowd cheered he would look at us, pause a second and then, in an excited tone, say “Thank you!” as if he was overjoyed he gets the chance to share his music with the world. Halfway through the set, he told us, gently, “Surround yourselves with sweet people.”

It felt incredibly humble, as if he could relate to everyone in the audience, but had just managed to make it in the music world.

It’s safe to say we all felt a little like kids in the audience, as we danced and sang after Struble told the crowd to sing along. Later in the performance mid-song, Struble told us to mingle and say hello to the folks around us. It was a bubble of positivity, filled with people who had left their problems at the door in search of a night of joy.

The night ended with an explosive finale, with hits such as “Can I Call You Tonight?” and “Close to You” that had everyone bouncing across the room. Struble left the stage before running back on to play a cover of “Everybody Wants to Rule the World,” and ended it with “Run the World!!!,” a rock ’n’ roll ballad that had the crowd screaming the lyrics.

It was a lovely set that brought Dayglow’s puppy dog energy to the room. Whether it was slow ballads or rock ’n’ roll hits, we couldn’t stop moving and singing along, right until the very end.