Maryland men’s soccer had an offensive breakthrough against Pacific 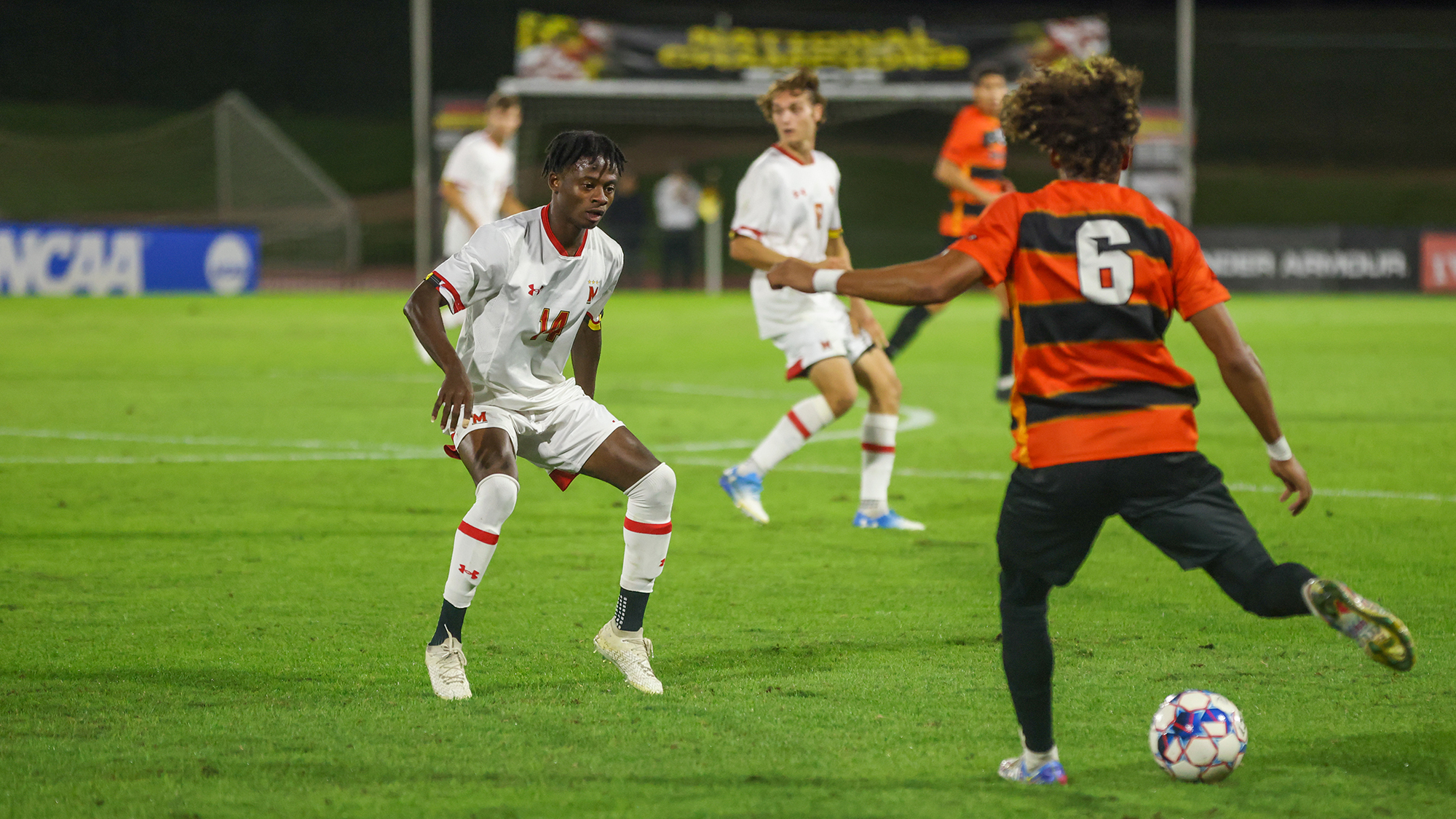 The Pacific Tigers traveled about 2,800 miles to play at Ludwig Field. And that Saturday night, Maryland men’s soccer’s offense had a revelation.

The Tigers may have taken many hours to get there, but the Terps changed their momentum in minutes — six, to be exact — and even a person who stumbled upon Maryland’s game by accident would’ve been stunned.

A flying header, a rolling cross and a static shot after a block into the goal. After coming up fruitless plenty of times in three out of their last four games, the Terps had found their groove, and shots were flying into the back of the net.

“Tonight we saw Caden [Stafford] and Jacen [Russell-Rowe’s] connection becoming better, [Joshua] Bolma’s doing his thing, Ben Bender’s getting some really good opportunities coming out of the midfield,” coach Sasho Cirovski said. “We’ve gotten better on set pieces and crosses lately, and that was a wonderful cross by William [Kulvik].”

Converting on 50 percent of their shots on goal, the Terps had one of their most efficient games of the season. This success couldn’t have come at a better time with a crucial Big Ten slate coming up — Maryland will face Michigan State, Penn State and Indiana to finish the regular season.

“We just want to focus on each game one at a time,” defender Chris Rindov said. “We got Michigan State coming up on Friday, we’re gonna obviously watch this film [and] dissect it … just keep the intensity going in practice.”

Maryland has outscored opponents 7-1 in its last three games as its play has elevated at the right time. The Terps currently sit in a tie for second place in the conference based on points with Penn State and Indiana above them in the standings.

Cirovski’s squad is also forming an interesting group of freshmen in Kulvik, Stafford and Bolma. Kulvik has been praised for his defensive performance while Bolma and Stafford have been major offensive contributors with five goals between them.

Stafford has seen his minutes rise again in the last few games after his game-winner in the season opener, and Bolma has risen to full-time starter status as the season has progressed. Kulvik also claimed a starting spot against Michigan and never let go.

“We have a lot of young players. So it just takes some time in the attack to get the connections right,” Cirovski said. “I think this [game] gives us confidence and understanding of how to click together a little bit more.”

Maryland’s constant evolution has been evident in a season that has seen its clear ups and downs — but there have been some constants. The Terps’ veteran players Brett St. Martin, Nick Richardson and Malcolm Johnston have been consistent starters.

The Terps’ evolving lineup and developing players seems to be the key to Cirovski’s club finishing the season strong. This match against Pacific indicated that more than ever, and the momentum can help those young players along.

“I really hope we can forget about that first half and bring the second half energy these last three games because I think [if] we can do that we’re set,” Stafford said.