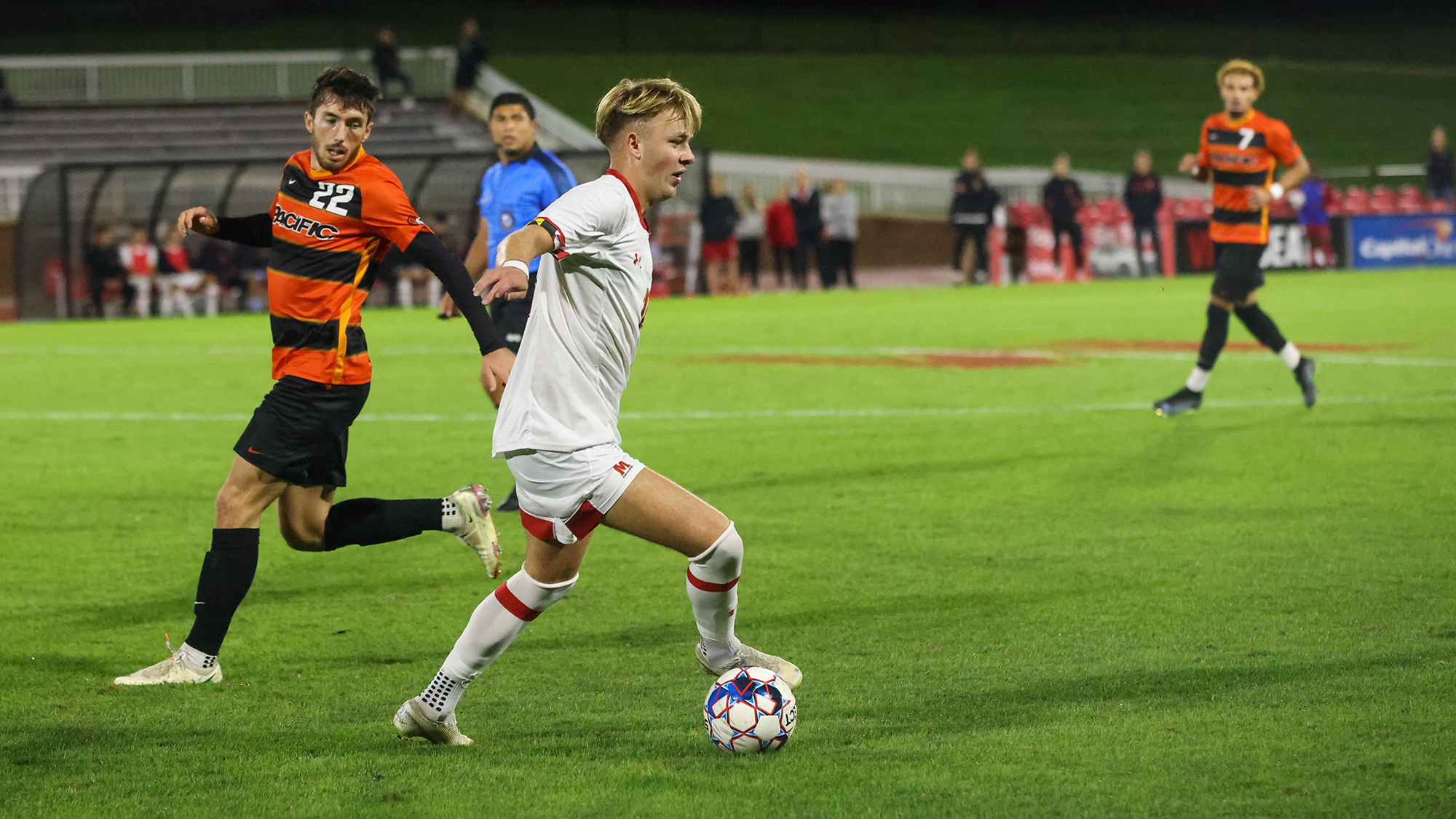 Maryland men’s soccer toiled and lumbered its way through the first 52 minutes of play, clashing with a largely unknown Pacific side. Optimism squeezed through every shot attempt, but the results just didn’t land.

Once they did, they couldn’t stop coming.

Taking advantage of a trio of second-half scoring strikes, the Terps steamrolled the Tigers in sudden fashion, 3-0.

“The second-half was vintage Maryland soccer,” coach Sasho Cirovski said. “This is something I’ve been asking from our team and we really finally got it, to score three goals in a five, six minute span.”

Maryland looked to earn its third consecutive win in a pivotal non-conference matchup against Pacific. And the Terps, despite facing an opponent that hadn’t traveled as far as Ludwig Field in program history, found themselves in an arduous first-half battle.

Despite their absences, Maryland managed six shots to Pacific’s pair in the first 45 minutes as pressure collected and expelled with each try. One Tigers shot angled upwards just over the top bar, and forward Joshua Bolma had a wide-open chance spiraling towards the left side that went wide.

A team finding the goal seemed inevitable. And the Terps didn’t wait too long in the second half to break through.

Defender William Kulvik launched a high, spiraling ball that found a soaring Rindov, and Cotton didn’t have time to recover. Cracking the ball off his head, Rindov landed his second career goal, finally breaking through the formidable tie.

“Just a great ball from William. I mean you can’t ask for much more,” Rindov said. “You have to score when you get a ball like that.”

It seemed the Terps didn’t find a special satisfaction with the single net though, as they came alive further. Soon after, Stafford made up for his earlier missed chance as he planted and fired a crossing shot into the opposite end of the goal.

All of a sudden, it was 2-0 Maryland. Whatever emotional boulder the Terps had carried looked to have long disappeared, as their offense thrived in the middle of the closing half. Maryland tallied a third goal, a freestyle boot from midfielder Ben Bender to add the exclamation point.

“Sasho fired us up, and we came out with just energy,” Stafford said. “Energy that team couldn’t handle.”

Those three strikes came within six minutes and stunned the Tigers, who were unable to push anything past Niklas Neumann.

And just as the score hit 3-0, it proved to just be much more than what Pacific bargained for, as the Terps held on for the victory.

“I think [the scoring spurt] gives us some confidence. I think that’s the biggest thing,” Cirovski said. “We’ve created a lot of chances but haven’t been able to put the ball in the back of the net.”