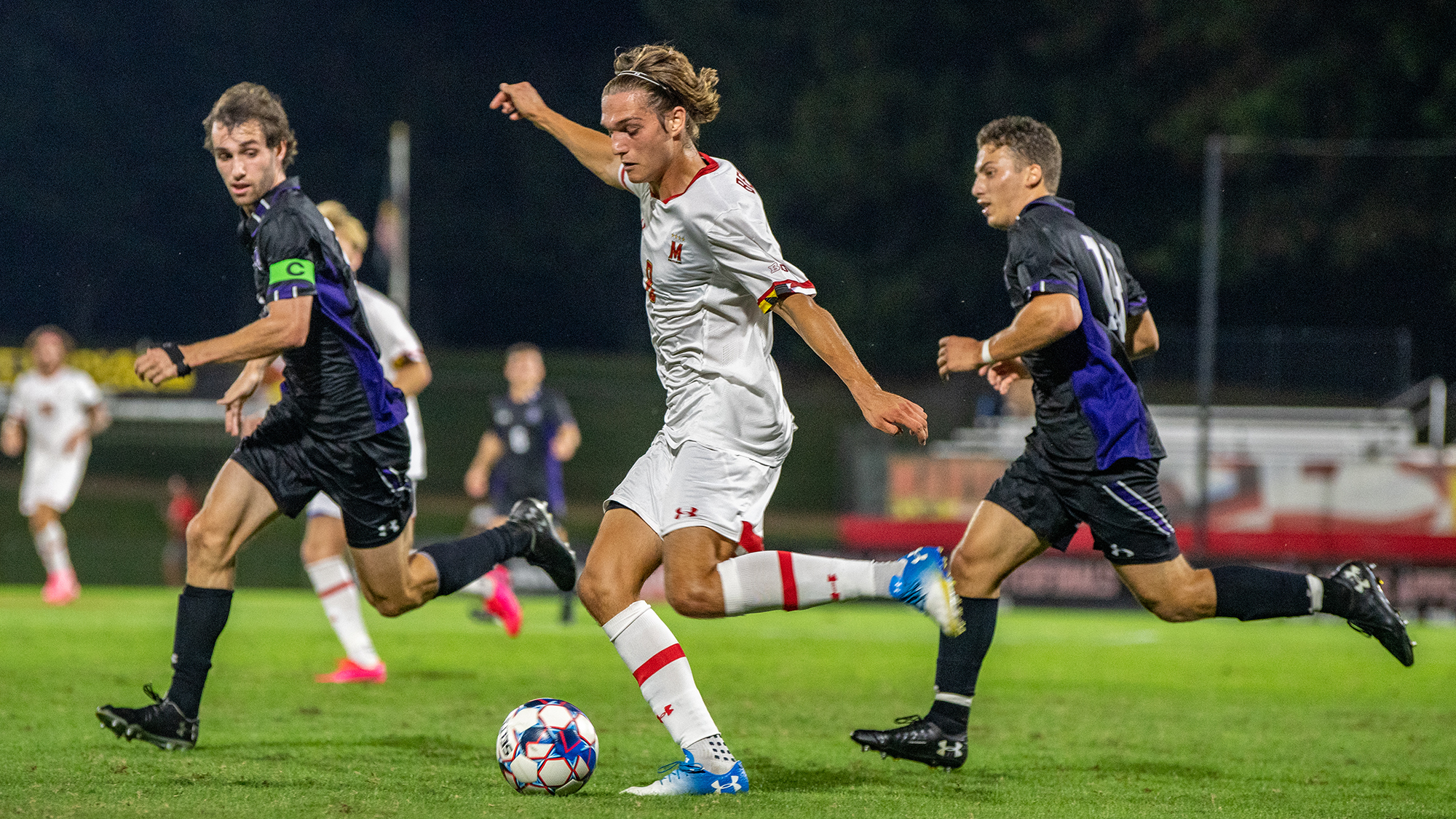 Then, Ben Bender just came out of nowhere.

Loading up a powerful shot off a quick pass, Bender fired a long-range shot in just the perfect spot. And the Terps, despite playing fruitless soccer most of the night, erupted.

“[Joshua Bolma] just chested it down and I took it off the volley,” Bender said. “It went up the left and I was just really thankful for the opportunity.”

The walk-off stunner from Bender helped Maryland overcome its struggles in the closing minutes of the first overtime, 1-0.

“I think [Delaware] might have played the game of the season against us,” Cirovski said. “I have to give them credit for putting up that kind of fight.”

Coming off a powerful offensive performance against Northwestern, the expectation remained that the Terps would string together another strong performance, especially given the Blue Hens had just one win on the season.

[‘That was more like Maryland’: Men’s soccer returns to strong form against Northwestern]

But Maryland didn’t meet the expectations. Surprisingly sparring evenly with Delaware, the Terps weren’t able to gain any momentum on the offensive side of the pitch.

“It was a tough team, they sat back. We tried to break them down ans we just couldn’t find [the] right angles,” defender Brett St. Martin said.

At times, it seemed as if Maryland was taking the Blue Hens lightly. And throughout the first period, Delaware didn’t manage to punish them, but the Terps didn’t seem keen on killing the stalemate either.

“This was [Delaware’s] moment. This was their season-championship effort game and we rose to the challenge,” Cirovski said.

The Blue Hens struggled with fouls throughout and earned five yellow cards that ultimately didn’t come back to bite them later. But despite a unsuccessful late offensive assault by Maryland, Delaware held the Terps to nil in the first period.

And the second period held a lot of the same for Cirovski’s club.

The Terps came up with nothing on numerous promising chances. Sampson played relentlessly to keep Maryland off the board, accumulating six second-half saves as the Terps pressed the Blue Hens.

As each minute ticked off, and each shot went shy of the net, it became apparent that, regardless of the result, Maryland had fallen short. Nothing exemplified this game better than for it to go to overtime, seemingly bound to end in demoralizing tie for the Terps, and a triumphant one for Delaware.

“We had a lot of chances tonight,” Bender said. “Good goal-scoring chances, but I think that’ll come from the next game.”

Despite their momentum and a surprisingly hard-fought night, this one wasn’t the Blue Hens’ to win.

Bender slammed one home when it mattered, and the Terps walked away with the road victory, 1-0.

“We knew this would be a tough game. We made it tougher by not finishing our chances, but it says something about this team to stick with it and find a way,” Cirovski said.