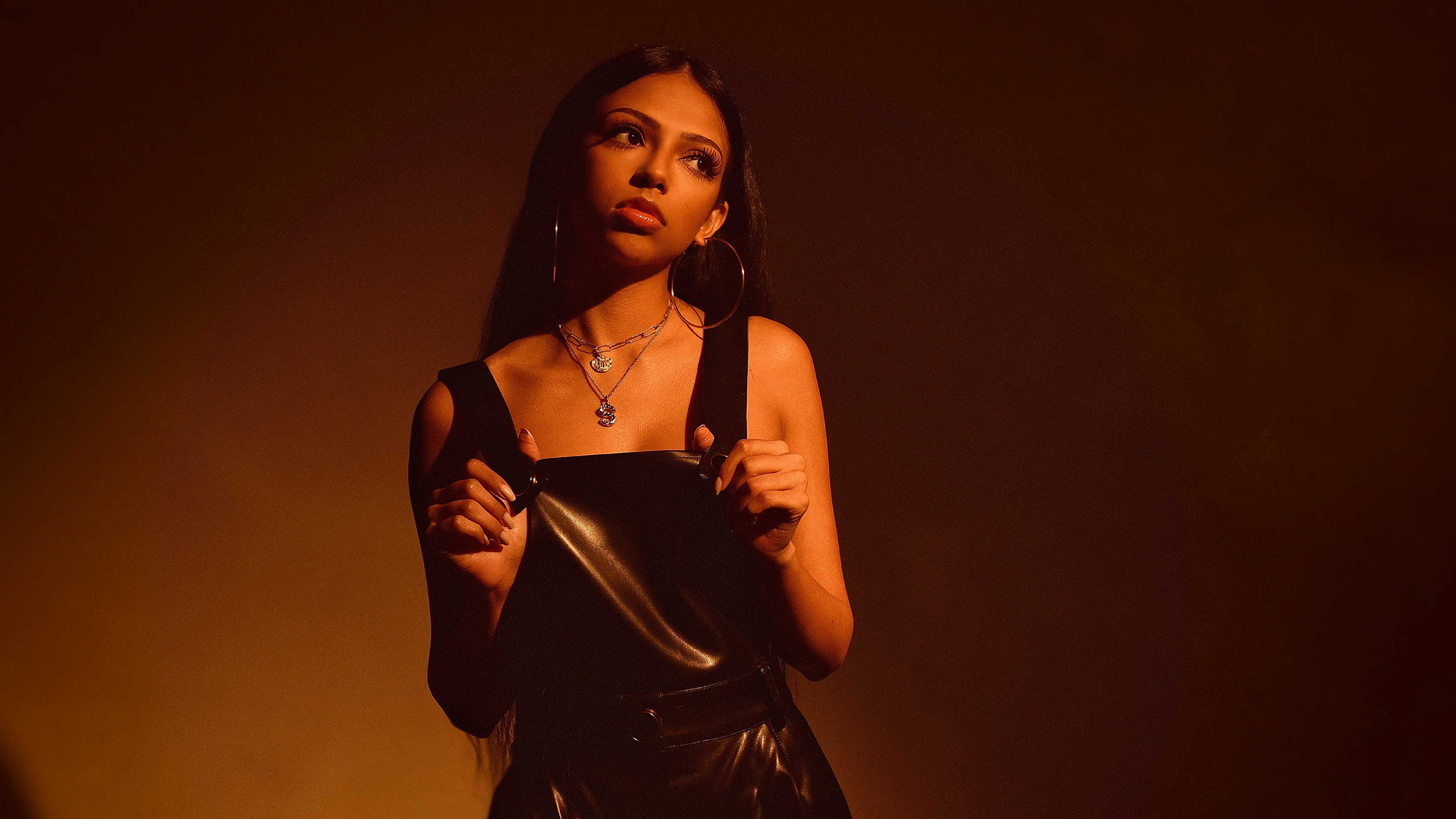 Saleka Shyamalan is on the move. So far this month, she has already performed live in Philadelphia, New York City and Austin, Texas. Now, Shyamalan will be performing Sunday night at Songbyrd Music House in Washington, D.C.

Shyamalan first got into music when her parents made her take piano lessons at 4 years old, she said. She continued to play piano throughout most of her childhood and even planned to go to a conservatory to become a classical pianist. But when she was about 17, she started writing her own music and transitioned into performing.

Shyamalan describes the genre of music she writes as a blend of R&B and jazz influences. Joseph Keim, the drummer for Shyamalan’s band and a business student attending the Community College of Philadelphia, agreed, but said Shyamalan’s music is more than that.

“Her lyrical content and the power of the themes that she’s playing with really transcend genres,” he said. “You can really feel an influence from her dad in a very mysterious, contemplative way.”

Shyamalan said the influences for her music are numerous. Among the most influential to her are Lauryn Hill and Amy Winehouse, who are two artists she frequently listened to growing up. Artists who have inspired the jazz element of her music include Sarah Vaughan and Billie Holiday.

“It’s hard to quantify because I feel like everything you listen to and experience kind of gets absorbed into your mind and your heart,” she said.

Shyamalan attended Brown University from 2014 to 2018 to study music and literary arts. Although she went into school already knowing she wanted to pursue a career in music, college ended up being a formative time for her. She said she changed after taking classes and reading poetry that exposed her to new material, including art from writers of color and different people from around the world.

“Being exposed to that kind of art and writing really changed the way that I wrote and wanted to write and aspire to write,” Shyamalan said.

It was this experience that led her to begin writing the songs for her upcoming album and collaborate with other musicians she met there.

Shyamalan’s family has been very supportive of her music career, she said. Both M. Night and her sister Ishana Shyamalan — a director who recently graduated from New York University this year — directed music videos for Shyamalan.

She has also collaborated with her father by writing songs for the show Servant and Old, M. Night’s most recent movie. Shyamalan said she was nervous at first and overwhelmed when working with her father on the movie, but she was happy with the result.

“I had never done anything like that before,” she said. “Everything kind of coming together was a surreal process.”

Shyamalan continues to write songs for Servant and said she would love to work on more projects like it in the future.

Shyamalan was active when it came to performing live before the pandemic. She performed in Boston in 2018 as well as Philadelphia, Atlanta and Los Angeles in 2019.

For bass and keyboard player Elliot Garland, his favorite performance he did with Shyamalan was their concert in Philadelphia on Feb. 14, 2020, where they opened for Boyz II Men.

“That was just like a once-in-a-lifetime circumstance,” he said.

Keim said his favorite performance was their concert in Austin, Texas, on Oct. 8. He enjoyed hearing the sound of drums coming out of speakers bigger than his house and working with a professional sound crew.

“I’ve done my fair share of college house party gigs, bar gigs, and it’s really nice to be on a big stage where everyone has a job and everyone’s working together,” Keim said.

[Phantogram released the one and only ‘Three’ five years ago]

What Shyamalan said she is most excited for, regarding her upcoming performance at Songbyrd Music House, is the environment. The concerts she did in Atlanta on Sept. 18 and Austin, Texas, on Oct. 8, were outdoors, and Shyamalan looks forward to being indoors.

“I’m really excited to get back to the intimate, indoor kind of vibe, which I feel like is where I feel most at home,” she said.

Shyamalan and her band have been traveling by van between concerts. Keim said he is always ready to play no matter what.

“I’m ready to cancel any and everything, if I have to fail as a full-time student or cancel family plans,” he said. “All I’ve ever wanted is just to be on the road with my friends making music.”

Garland said it has been a great experience working with Shyamalan, who has a tremendous amount of work ethic and talent.

“To work with somebody that’s working really hard and is really talented is a rare treat as a musician so I’m enjoying the ride,” he said.

Shyamalan said anyone who is interested should come to the concert at Songbyrd.