Phantogram released the one and only ‘Three’ five years ago 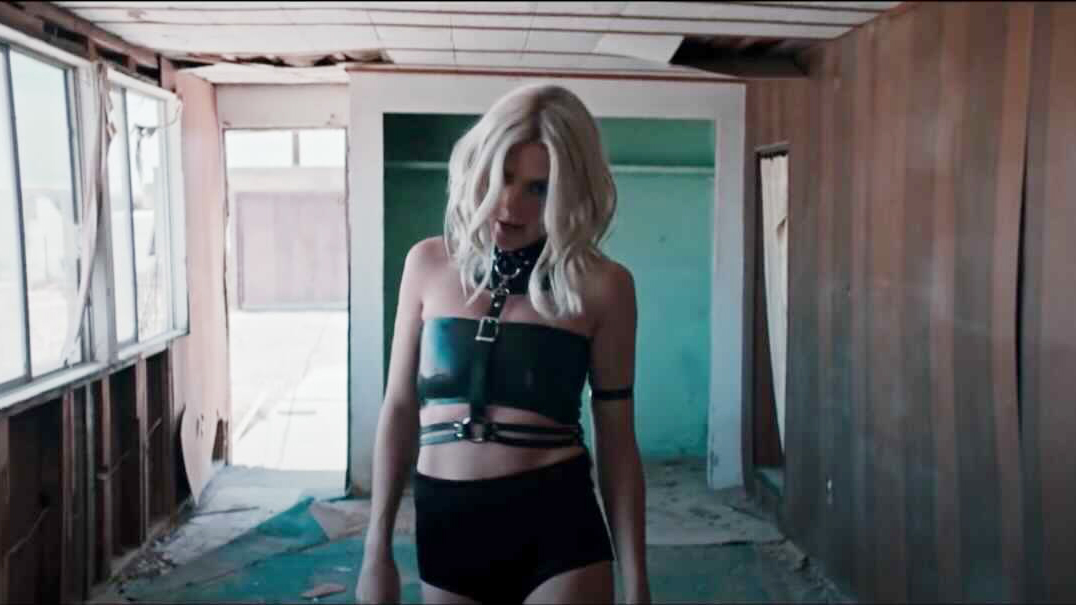 Exactly five years ago Thursday, alternative duo Phantogram released their third studio album Three. The album is quintessential alt-pop, and its influence on today’s sound goes shamefully uncredited. It’s a rather short album, only 10 songs and just over 35 minutes long. It reached the top 10 of the Billboard 200 when it debuted in 2016 as a follow-up to their 2014 album Voices.

Phantogram overall is an extraordinary act, and you’d be hard pressed to find another group that can match their idiosyncratic music. Led by vocalist Sarah Barthel, the group finds an exceptional balance between her light voice and producer Josh Carter’s dark, distorted digital instrumentals.

Their lyrics are no less diverse, varying from the abstract but engaging on “Funeral Pyre” (“My funeral pyre/ My ship of fire/ As it sinks, I rise”) to the tongue-in-cheek playfulness of “Calling All” (the refrain repeats “we all got a little bit of ho in us”).

There are many sonic similarities that can be drawn from Barthel and Carter to Billie Eilish and her brother and producer Finneas. Eilish and her brother have struck up the same balance between ethereal vocals and dark instrumentals, with their own added flair. In fact, the single off Three “You Don’t Get Me High Anymore” is one of Eilish’s favorite songs, and she performed an impressive acoustic cover in 2019. It’s interesting to see how these more alternative sounds are breaking through to the mainstream, first by Phantogram and now by their pseudo-imitators in Billie Eilish and Finneas.

Three is an album with very few failings. Its brevity works to its advantage, removing any time for lackluster content. We’re left with the best of the best. I’ve mentioned in previous reviews the shadowy and elusive ability that is truly remarkable songwriting. It’s an infrequent gift found in music and hard to explain, but Phantogram is one of few who can claim its presence. Their mastery over melody and rhythm, over tone and dynamics, is simply enthralling and leaves you speechless.

Truly, no one else does what they can do together. Barthel has a sincerely powerful voice with a wide range that allows her to dip into all sorts of genres and sounds. No greater example of her talent can be found other than in “You Don’t Get Me High Anymore.” The quick, rap-like verses and the airy pre-chorus that reaches to the highest notes only to switch to an expressive and boastful hook are all pieces of her performance that make the song so unforgettable.

Carter’s credit goes without saying, as one of the most creative producers in the alternative genre. His use of distortion and synths go to great lengths, contrasting Barthel’s bright vocals in a way that highlights the beauty in both components of each track. Drums and bass are at the core of most of their discography, whether in their magnitude or their restraint. His hip-hop influences are undeniable and play a huge role in the success of Three and Phantogram as a whole.

Carter’s use of soul samples is an element rarely seen in pop music — “Cruel World” displays a prominent sample of Lee Moses’ “Every Boy and Girl,” while “Am I a Good Man” by Them Two is sampled in “You’re Mine” so seamlessly, it feels like it was written for Phantogram in 1967.

“Answer” is an idyllic slow burner, despite being just under four minutes long. In a duet with both Barthel and Carter, we’re led hand-in-hand to the climax of a romantic relationship — the question, “will you be with me forever?” As a sweet handful of piano chords carry us along, a growing suspense finally crescendos as a guitar riff mirrored by bells rocks through a chorus.

Five years later, Three continues to entertain with its ingenuity and variability. Phantogram’s ability to draw emotion out of listeners is no less potent than it was in 2016. It’s fun, it’s dark, it’s bright and it’s scary all at once. Every moment on Three is a window into the complexity of human relationships, whether it be love or loss, tailored to resonate differently to each individual. It’s a masterclass in cohesion, blending genres and tempos, ecstasy and grief into one 35-minute lucid dream. Drawing from their own experience, Phantogram outlines a world where the listener can paint in the colors, letting abstraction bleed into palpable emotion.