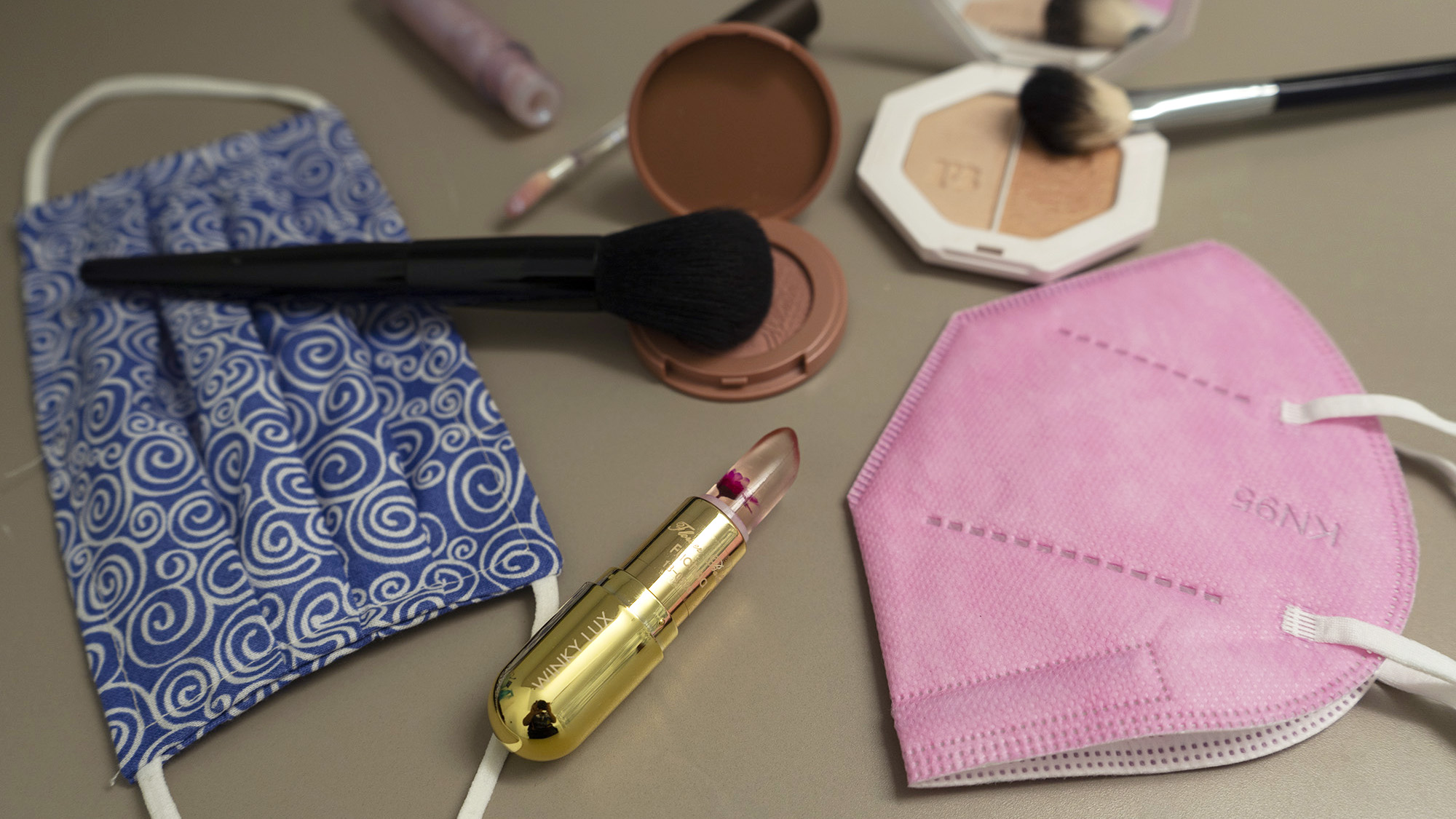 When the pandemic first hit, our routines were flipped upside down. For some University of Maryland students, this meant rethinking their makeup routine.

Sophomore English major Rachel Morris took this time to immerse herself in the world of makeup from home.

“I would like to do my whole base and I would do more fun and creative makeup, as opposed to just like my quick easy one when I have to get up and have like ten minutes to go to class,” Morris said.

Others have decided to stay on the subtle side throughout the pandemic.

“I just wear concealer now, and some mascara,”said Luisa Barros Checcucci, a freshman physiology and neurobiology major. “I used to wear eyeliner everyday and I just haven’t done that since quarantine.”

Now that more events are in person and the weather is getting colder, the frequent use of masks has sparked conversation among students and professionals about shifted makeup routines and the guide to “mask makeup.”

Joy Fennell worked as a fashion and editorial makeup artist for about twenty years. She has gotten booked in New York Fashion Week, Paris Fashion Week and Milan Fashion Week. She said she noticed a switch from bold, glossy lips to jazzy eyes during the pandemic.

The icky feeling of smudged lipstick under a facemask could have been a contributing factor to the change, Fennell said.

“People were experimenting more on their eyes than ever before,” Fennell said. “I felt like that was the big thing that kind of came out of the pandemic.”

[Review: ‘Venom: Let There Be Carnage’ asks us to fall in love with a parasite, and we do]

She said a good quality eye glue was key to a fluttery lash look.

“Sometimes the glue will be one of the reasons why people can’t have eyelashes stick onto their eyes properly and for a long amount of time,” Hassan said.

If you lean toward a natural look but still want to add dimension to the eyes, Fennell said a smokey eye is superb. And for bigger events such as game day, Fennell, who is a university alumnus, said eyeshadow of Maryland flag colors is a perky way to embrace school pride.

“Even if you want to draw the Maryland logo or something on your face that’d be cute, along with your Maryland mask,” Fennell said.

Now that it’s all about the eyes, what have people been doing with their face makeup? Hassan said she uses primer and setting spray to keep her look in place.

In addition to setting spray, Morris likes to set her face with matte powders.

“For your base use lots of powder, and so like for your lips you can also use translucent powder,” she said.

On the other hand, Fennell said she personally isn’t a believer in primer and setting spray. She said that people used to use hairspray as setting spray and in a similar way, these products don’t let your skin breathe — especially when you already have fabric rubbing up against your face.

“Sometimes when you have that barrier, and you have layers of makeup on your face, you definitely want to make sure you’re not causing any skin irritations,” Fennell said. “It might cause breakouts.”

The same concept applies to heavy foundations, Fennell said. She recommends using a tinted moisturizer underneath a mask instead since the formula isn’t as thick.

Nonetheless, the makeup that makes you feel confident is the right makeup, Fennell said.

Much more than vanity, Fennell said she sees makeup as a form of artistry.

“A lot of times I tell people, it is me painting on a different canvas,” she said. “A face is a canvas, so anything is possible.”