Review: ‘Venom: Let There Be Carnage’ asks us to fall in love with a parasite, and we do 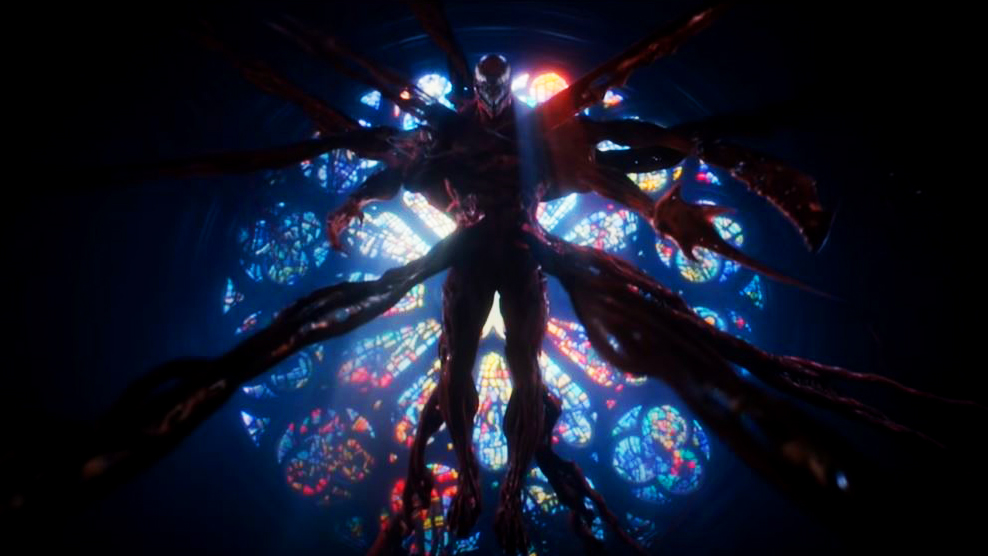 Venom: Let There Be Carnage has over-the-top fights, an intriguing villain and a touching friendship between a parasitic alien and its host.

The sequel to 2018’s Venom is a tight two-hour runtime filled to the brim with thrill and compassion — or as much compassion as a movie about a brain-eating extraterrestrial can muster. Let There Be Carnage, released Oct. 1, continues the original movie’s work of humanizing Venom through its bond with Eddie Brock, played by Tom Hardy.

We get some insight into their lives together between the two films. Apparently, they like to go bowling, and Venom gets a brain freeze when Brock eats ice cream. And all of the sudden, I’m invested in this friendship and devastated when Venom leaves Brock to punctuate a roommates’ disagreement. But that doesn’t keep me from laughing as Venom spouts a big middle finger out of a very troubled cyclist who it briefly inhabits.

Venom’s humanity becomes crucial when it is on screen with serial killer Cletus Kasady, played by Woody Harrelson, and Carnage, a powerful and violent symbiote who happens to be Venom’s offspring.

Venom has been established to be closer to human than Kasady and Carnage, so the audience can root for it and Brock despite Venom being a violent alien known to most fans as a villain.

The juxtaposition between Carnage and Venom is startling, showing a tremendous amount of biodiversity in their species and just as large gaps in power.

Venom boasts enhanced strength and speed, and can shoot some inky tendrils as needed. Carnage, on the other hand, is a gaunt humanoid figure with many bladed tendrils on its back. And when it wants more, there is always more.

Carnage surrounds a cathedral with its blood-red tendrils and still has the power reserve to simultaneously fight Venom. It also creates a tornado inside a prison by spinning like a top and can instantly hack a computer by putting a finger in the USB port.

When Venom first sees Carnage, it tells Brock they will die if they fight a red one, and it tries to leave. And I can’t blame Venom — Carnage has an extensive and confusing skillset, and Venom’s hesitancy makes it more relatable and lovable.

Venom and Let There Be Carnage have so far been self-contained as a Sony property, but the mid-credit scene shows that Brock and Venom may soon meet Tom Holland’s Peter Parker. That could either be a welcome and interesting path for the dynamic duo or a clumsy addition to Marvel’s character soup.

Let There Be Carnage is fun, thrilling and not long enough to get dull. Venom and Brock remain one of my favorite film pairs, and watching them get thrown around by a superior opponent is enjoyable in the primal, simple part of the brain.