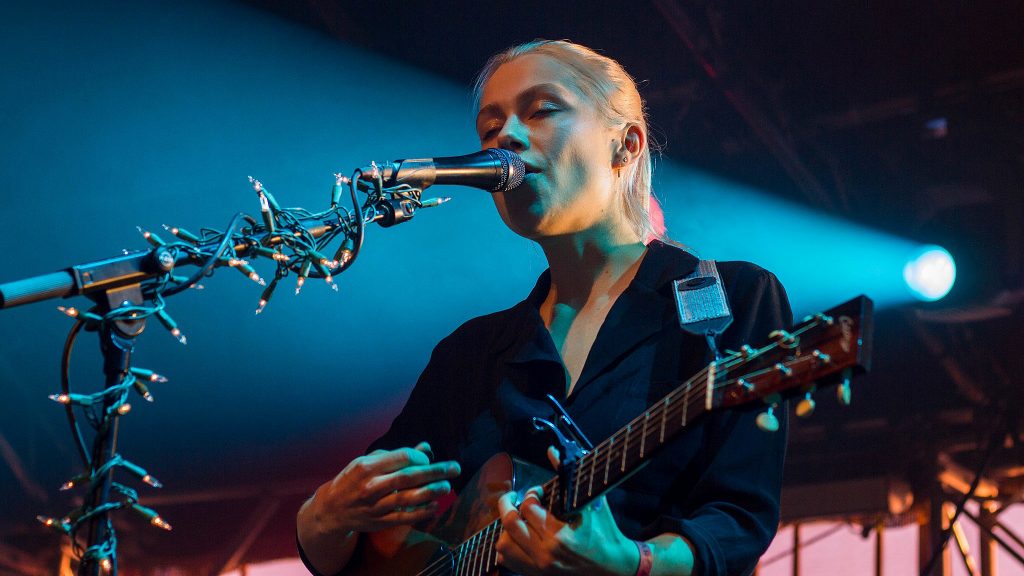 From Oct. 1 to 3 and Oct. 8 to 10, Austin, Texas, hosted Austin City Limits, a music festival featuring artists such as Miley Cyrus, Billie Eilish and Megan Thee Stallion. Among this lineup was indie folk singer-songwriter Phoebe Bridgers.

On Oct. 9, Bridgers performed her set as fans sang their hearts out along with her.

Performing songs from her 2020 album, Punisher, fans joined in as she sang “I Know The End” in an adorable skeleton sequin-patterned blouse.

Right as the band revved up for the climax, ACL appeared to cut off her audio, creating an awkward lull of silence and an abrupt and hasty transition to the next act.

Bridgers had gone exactly one minute over her time slot.

This made fans angry. Oh, and Bridgers wasn’t too happy either.

Not everyone sided with her. One Twitter user replied:“Lol or the entitlement one must have to think they can push a festival’s schedule after their set is over.”

Festivals especially have strict schedules and times for different sets in order for fans to optimize their experience at live performances.

One user even mentioned it is imperative that artists stick to this schedule and used some assertive language in support of the festival’s assumed intentional decision.

Miscommunication at live performances in general can interrupt the experience for both the artist and the audience. But festivals cutting off the audio prematurely is not a recent development.

In 2015, Kendrick Lamar performed at the Air + Style festival and was set to perform for 90 minutes, but only played for 45 minutes after sound technicians failed to reset the volume.

Guns N’ Roses also had their sound cut off in BottleRock after going past the festival curfew.

This example is a bit excessive as they went well beyond the end of the festival, which is clearly different from Bridgers at ACL, but it shows her experience was not unusual.

Live performances are unpredictable. While Bridgers knew exactly how long her set was, she certainly did not intend for her act to go over.

Artists are human and need a comfortable space to perform. Arguing that artists need to adapt to the strict festival environment shows a clear lack of awareness for musicians.

ACL replied to Bridgers with an apology on Oct. 11, claiming there must have been a miscommunication. ACL claimed they did not intend to shut off Bridgers’ audio.

They also donated to an organization close to Bridgers’ heart, the Texas Abortion Fund. In her recent cover of Bo Burnham’s “That Funny Feeling,” all proceeds went to the fund.

Bridgers took down her tweet that initially caused the upset and thanked the organization for committing to supporting its artists.

But some Twitter fans are still upset. Not hearing the most important part of the song, the climax, live was devastating for most, to say the least.

This frustration is valid and I’d feel the same way. Bridgers’ music resonates well with her Pharbz — a nickname for her biggest fans — and hearing an artist live is important to them.

Other reactions to the resolution were also pretty hilarious. My personal favorite is the clip of the Makenna, or “ASMR girl,” where she snatches a piece of paper and dramatically says “thank you,” which perfectly articulated how Bridgers thanked ACL for donating to this fund.

Bridgers has since resolved any resentment toward the festival as ACL has come forward and admitted its mistake.

[Review: ‘No Time to Die’ is a grand finale, but lacks some needed backstory]

ACL did the right thing by owning up to its mistake. Donating to a cause also showed an aspect of humanity — even if the donation was prompted by something that was an accident.

But it’s still really frustrating that we didn’t get to hear Bridgers’ scream in “I Know The End” at ACL. I know we were all looking forward to that.