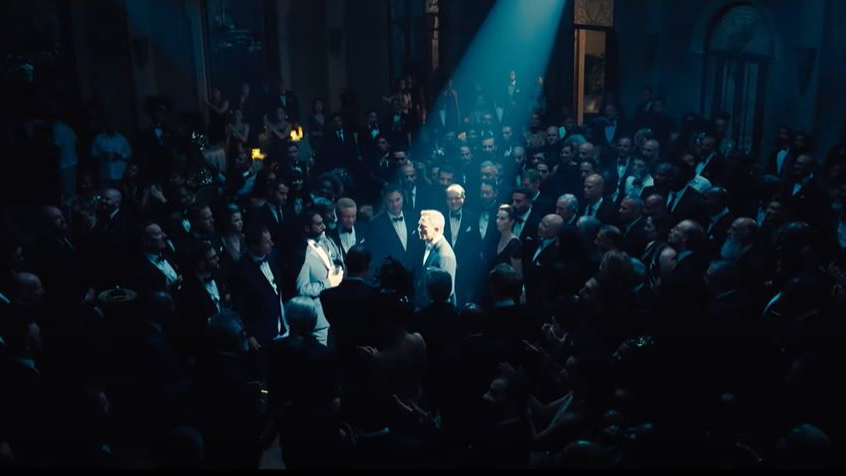 The name produces an immediate reaction for anyone: a suave, skilled agent and womanizer who always finds a way to win. But in 2006, MGM brought on a new Bond — blonde, blue eyes, with a dark past, but with the same license to kill. Played by Daniel Craig, the new Bond revived the series, producing some of the best movies ever. But all good things come to an end, bringing us to No Time to Die, Craig’s final Bond performance.

Ironically, Craig’s last outing isn’t a Bond movie. Instead, it’s a grand finale for Craig’s 15 years as the character. But make no mistake — No Time to Die still has the same high octane action and stakes you would expect.

Previous movies focused on the plot, while No Time to Die focuses on the character, adding a huge romance arc and wrapping up loose ends. The plot does suffer, but the result is a character-driven action movie that sees the sunset on Craig’s Bond.

Immediately, there’s one detail to notice: Bond is a little old. He’s been retired and living with his lover, Madeleine (yes, he actually settled down), and spy days are behind him. It’s the first sign this isn’t a traditional Bond movie — Bond’s not 007, and he’s in love. I was skeptical of the new approach at first. I wanted Bond to be hungry for action, out in the field magically hitting every shot and taking down the bad guys.

But as it went on, I grew to appreciate the character changes. After all, Craig is older, and his character in the series is older. It makes sense that his character would have grown up a little. Thankfully, he still has his gadget-filled Aston Martin and a few guns hidden up his sleeve.

Just when you thought he had settled down, the criminal group Spectre comes back with a bang, and Bond is just as smooth and skilled an agent as he ever was. The opening action sequence is beautifully shot, with great stunts and gadgetry, a Bond staple.

Continuing through the film, No Time to Die has some of my favorite sequences in the whole franchise. Bond has quite a bit of help in this one, teaming up with Nomi aka 007, played by Lashana Lynch and CIA agent Paloma played by Ana de Armas.

Paloma steals the screen in her short amount of screen time; her character is both deceptively funny and badass, she also has great chemistry with Craig. Their action sequences are a great blend of quips and guns.

But, Craig is still James Bond, and his best scenes are by himself. One scene near the end is a wonderfully choreographed one taken through the stairwell of a tower, and it’s easily one of the franchise’s best fight scenes.

Lashana Lynch’s 007 is also great, although I wish she had a more important role near the end of the film. I know it’s Bond’s send-off, but with how powerful her character was, I wish there were a bit more stakes on her shoulders by the end. Between Bond and 007, there’s a little bit of flirtatious energy, a call back to his roots, but otherwise, they’re all working side by side.

[Review: ‘Baker’s Dozen’ puts dessert in the spotlight, not the contestants]

The most important leading lady however is Madeleine, Bond’s lover. Played by Léa Seydoux, Madeleine is intertwined in Bond’s history, both good and bad. She has secrets that change the scope of the film. The relationship serves as Bond’s motivation throughout the movie, and while I didn’t hate it, I didn’t love it. Despite some great themes close to the end, it’s just kind of there.

The same goes for the villain Safin played by Rami Malek. His demeanor and ambiance are fantastic and reminiscent of older Bond villains, but his plan is just empty. I was entirely confused about what he was trying to do and why. I hoped the movie would elaborate on his past or his connection to Madeleine, but instead, it goes down a woefully cliche “world domination” route (if that was even the plan). The stakes are high but unexplained, and it’s probably one of the worst parts of the movie. It’s a shame — Safin is an interesting character and Malek has a lot to offer. But, in the end, there’s no motivation and the arc falls flat.

On the other side of the coin is our hero. Craig gives a fantastic last performance as Bond, showing a new vulnerability while also bringing the charisma he’s so well known for. After the opening sequence, I was worried he may seem a little older or out of date, but I was soon reassured that he hasn’t missed a step.

No Time to Die is a grand finale for Craig more than it is another Bond flick. It’s a divisive decision to go down this route — some will praise Craig’s take on the character, others may criticize the lack of Bond. Although I wish there was a bit more Bond and a more motivated villain, the stylish action, character development and excellent cast kept me hooked. It’s a great action movie, and a worthy send-off for Craig.