Review: ‘Baker’s Dozen’ puts dessert in the spotlight, not the contestants 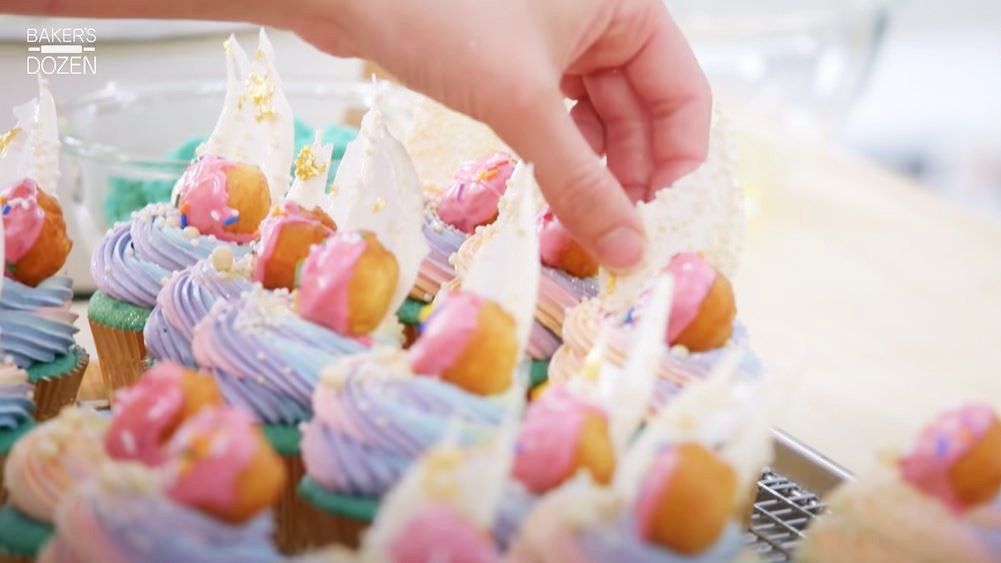 If you’re the kind of person who likes to follow bakers on social media and watch just how far one can go with dessert design, then Hulu has just released a show for you.

Baker’s Dozen is a reality cooking show that began streaming Thursday. Each episode follows a group of 13 bakers as they compete by cooking creative desserts. Actress Tamera Mowry-Housley, who describes herself as an avid home baker, and Bill Yosses, former White House executive pastry chef, host the show. Baker’s Dozen is a decent show, but after a while, it loses its charm.

The best way I could describe this show is relaxed. The stakes aren’t very high since the prize the contestants are competing for is $5,000 and a golden rolling pin, and there’s barely any drama and no overarching storyline since every episode follows a new group of bakers. The show feels more focused on watching people cook food than actually compete. And unlike hosts such as Gordon Ramsay, Mowry-Housley and Yosses always seem to have a kind tone when giving constructive criticism.

Fans of The Great British Baking Show would probably enjoy Baker’s Dozen because it seems to take inspiration from its British counterpart. Baker’s Dozen is structured the same way, with episodes containing three challenges that push the contestants past their limits. The appeal of both shows is the impressive accomplishments the bakers can achieve within a time limit.

Although I think there’s charm in the slow pace of Baker’s Dozen, it lacks the interesting characters and emotional stakes of The Great British Baking Show. Since each episode of Baker’s Dozen focuses on a new group, it’s hard to become attached to any of the contestants on the show. The audience barely gets to know the background and motivations of the contestants before they leave the show entirely. This format isn’t necessarily bad since it would probably work well for a weekly TV show, but I felt as though it quickly becomes boring and repetitive if binged on Hulu.

But what Baker’s Dozen lacks in characters and suspense, it makes up for it with the contestants’ creative dishes. There are some truly innovative desserts in this show, my two favorites being self-taught confectioner Albert’s giant chocolate bonbon from the first episode and trained professional baker Lisa’s gluten-free cake shaped like a wine bottle.

Another unique aspect that I find interesting about Baker’s Dozen is its contestants are a mix of professional and amateur chefs. They are all treated equally in the show and given the same opportunity to win. It seems the show’s message is to promote the idea that there is no difference between trained and self-taught bakers, and I thought this theme of equality was nice to see since it could encourage people to get into baking, either professionally or at home.

I recommend watching Baker’s Dozen to anyone who likes food, but I don’t suggest bingeing it. Instead, I think it’s better to watch an episode daily or weekly. Baker’s Dozen seems to be the perfect show to watch when taking a break from a stressful day.