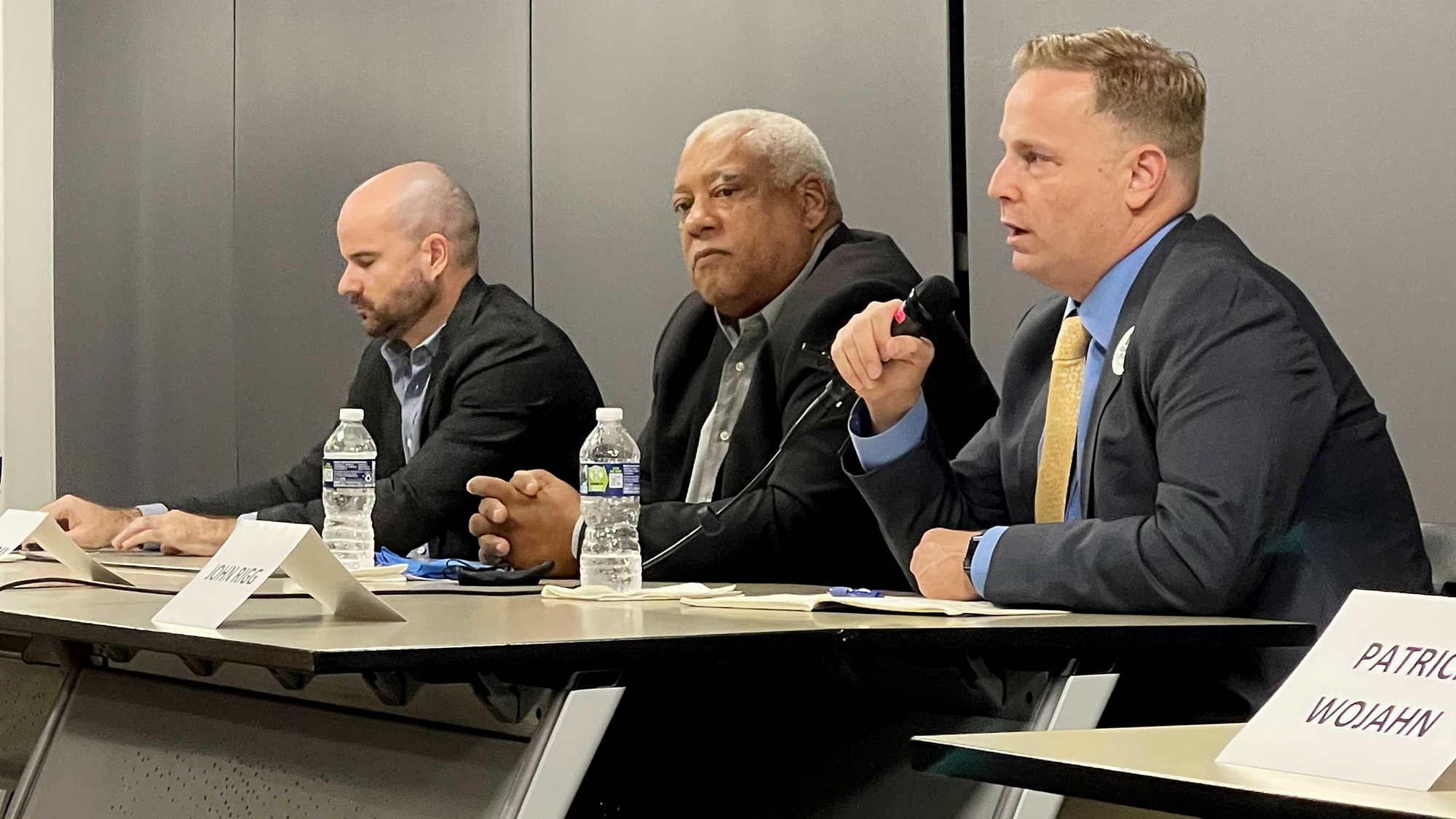 The District 3 race is one of two to be contested in this year’s city elections. District 3 resident Stuart Adams is challenging Robert Day and John Rigg, and the two candidates who earn the highest number of votes will be the council members.

The development of Guilford Woods, an area on the University of Maryland’s campus, has drawn sharp condemnation from community members. The development, which would build townhomes and affordable graduate student housing, could deforest nine acres of the wooded area.

Adams has been a vocal leader in the Save Guilford Woods movement since its inception. He feels the university has communicated misleading information about the project’s stormwater management in Calvert Hills, which is located in District 3.

The council approved of the development’s zoning in March 2020, but Adams wants to explore other affordable, environmentally friendly housing options in College Park if he is elected.

“I’ve been a transparent person to ask the university and the developer clear, concise, reasonable questions, and I’ve been sorely disappointed over the past year and a half in their answers,” Adams said.

Rigg said he could not support the project without an independent assessment of the effects on stormwater management.

“We need to know that there are targets for the university for affordable housing, for tree canopy preservation, and those details just aren’t there right now,” Rigg said. “Right now, I cannot support it.”

Day understood the opposition to the development, but he said it’s more important to ensure affordable graduate housing.

“I have been reached out to by graduate students that are very concerned that this may turn around, and an opportunity to expand affordable housing for graduate students could be taken away from them,” Day said. “It’s something we have to really consider.”

College Park Mayor Patrick Wojahn, who joined the forum at the start for a Q&A with the forum moderator, WTOP anchor Shawn Anderson. The city has looked into other options, Wojahn said, but none of them provide affordable housing relief to the graduate students who need it. Wojahn is running unopposed for the mayoral seat.

The candidates also discussed a slew of transportation issues facing District 3 and the city, including the city’s contract with VeoRide scooters. Residents in several neighborhoods are complaining about scooters and bikes left in pedestrian areas, Anderson said.

On whether the city should renew its contract with VeoRide, Rigg said the company provides both benefits and major issues for College Park residents. The company should not be allowed to unload scooters in the middle of walking paths, streets and right of ways, he said.

“[VeoRide] is wildly successful in terms of providing affordable mobility, especially for student residents, and it’s very popular,” Rigg said. “It is also wildly irresponsible at the moment.”

Adams agreed that VeoRide must uphold its responsibility to ensure scooters are placed outside of roadways and walking paths. Day added that he will not consider a renewal of the contract if VeoRide cannot uphold their agreement to remove scooters from dangerous locations.

The candidates also discussed a project to improve the sidewalks and walkability in District 3, specifically the completion of construction on Edmonston Road, which is located between Old Calvert Road and Bryn Mawr Road.

Edmonston Road has been undergoing pipeline construction and renovations to improve walking and biking paths. During construction, residents have been left with little traffic moderation or walking options in the neighborhood, Anderson from WTOP said

The council is currently addressing the traffic dangers on Edmonston through police enforcement, Day said, but he understands the road is in bad shape. He expects the construction and a new sidewalk to be complete by May 2022.

Rigg added that Edmonston Road is a “mess” and addressing its improvement has been a priority for Day and him during their terms. A main objective of this work will be the addition of a sidewalk to the eastern side of the new road. The sidewalk will lead to Calvert Community Park.

Adams added that once sidewalks are improved, he would like to see measures taken to moderate dangerous traffic on Edmonston Road. He advocated for the implementation of speed tracking signs to assure traffic will not prevent walkability once the road is in better condition.

“Access to our beautiful nature is really important,” Adams said. “It’s good to hear the road is going to be hopefully repaired soon.”