‘That was more like Maryland’: Men’s soccer returns to strong form against Northwestern 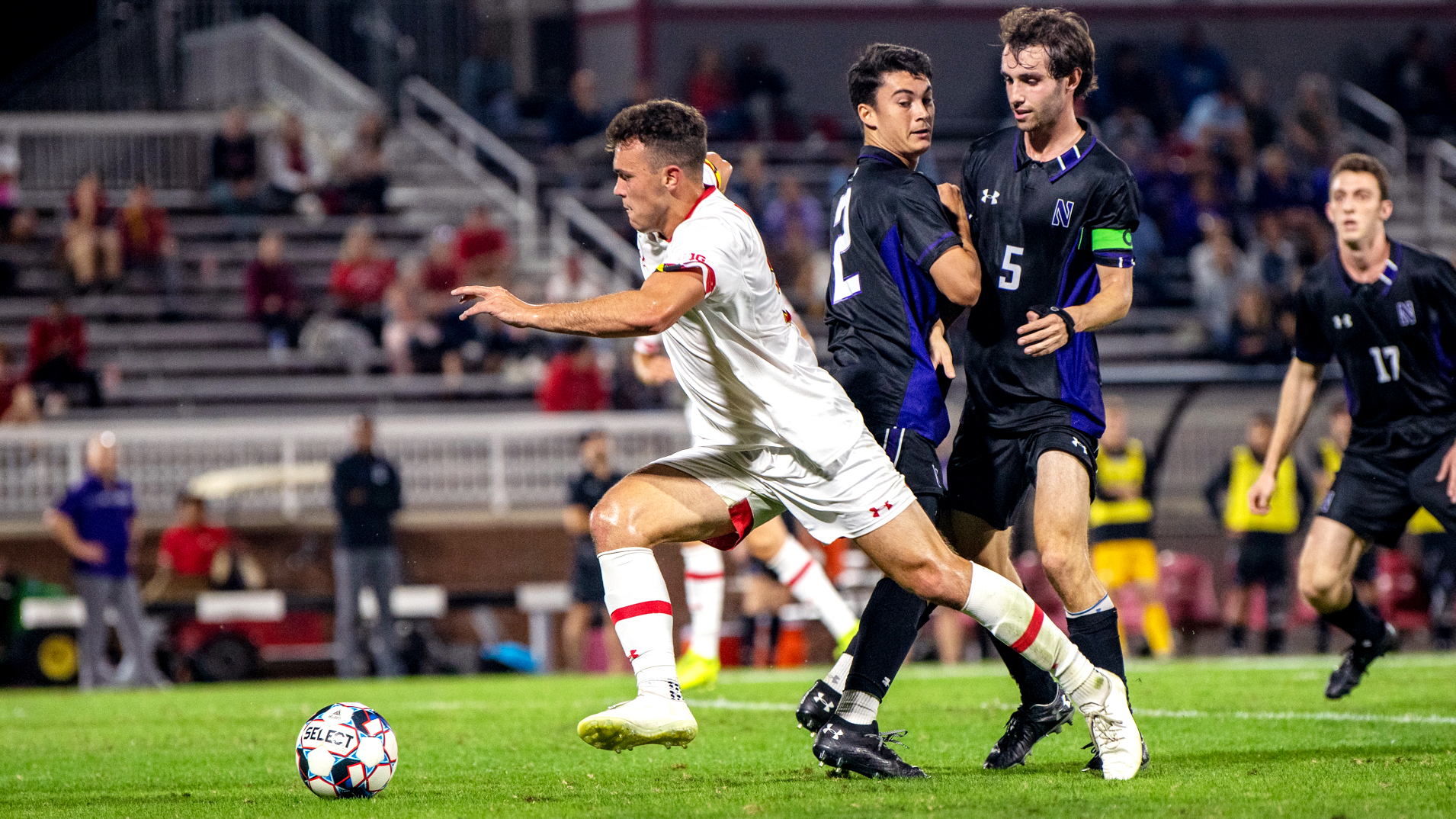 Maryland men’s soccer had stumbled into a rare slump.

Staggered by two hard-nosed defensive performances by Big Ten rivals Rutgers and Wisconsin, the Terps were blanked on offense twice in a row. After both matchups, coach Sasho Cirovski mentioned Maryland’s collective legs lacked and tired in games.

But on Friday, they looked back to championship form.

Launching 26 shots, their most since 2016, the Terps dominated Northwestern on offense and gave a glimpse of their potential for the rest of the season.

“Well, that was more like Maryland soccer,” Cirovski said. “We asked our guys to bring back their identity, which I felt like we lost maybe over the last couple of games.”

The previously passive Terps unleashed one of their best offensive performances of the season right when they needed it and showed the aggression, decisiveness and chemistry to the standard of a strong team going downfield.

“We were much crisper in the attack. We created a lot of opportunities, a lot of chances,” Cirovski said. “I thought we showed a little bit more malice in our attack.”

That set of traits shone brightest on forward Brayan Padilla’s assist to fellow forward Justin Gielen in the 34th minute. The two seniors started scoring off for Maryland Friday with an eye-popping play that set the tone for the rest of the afternoon.

“It also helps starting a goal down and then getting that momentum going into halftime still being tied so you know that you have to do something next half,” Gielen said.

GIelen plants the header after a tremendous ball in from Padilla.

That goal led into a second half where the Terps peppered the Wildcats’ net with 15 shots en-route to their eighth win of the season.

Midfielder Ben Bender played a crucial part of Maryland’s renewed offensive performance with Cirovski saying there was a focus in this game of getting him the ball more. Bender rewarded Cirovski’s tactical decision with six shots, four on goal and one assist to cap off a good night for the sophomore.

“My mentality was different this game,” Bender said. “The double six is probably the most comfortable position for me.”

The Terps currently trail Penn State in the Big Ten by points, a deficit they won’t be able to overcome as they go into this week’s nonconference matchups against Delaware on Tuesday and Pacific on Saturday — but it does give them another opportunity to regain lost momentum.

Maryland is 5-1 against nonconference opponents this season and both upcoming opponents rank outside of the top 70 in RPI — Maryland is 16th.

If the Terps can keep their offensive energy through those two games into three dangerous matchups — Michigan State, Penn State and Indiana to close the season — they will look set for the Big Ten tournament.

Maryland also needs its defense, which has conceded three goals in its last five games, to retain the momentum it’s had for much of the season. Goalkeeper Niklas Neumann has been a large part of the backlines’ success with 16 saves in that same span.

Combine the Terps’ offensive performance against Northwestern and Neumann’s ability in goal, and there should be plenty of optimism in College Park going forward.