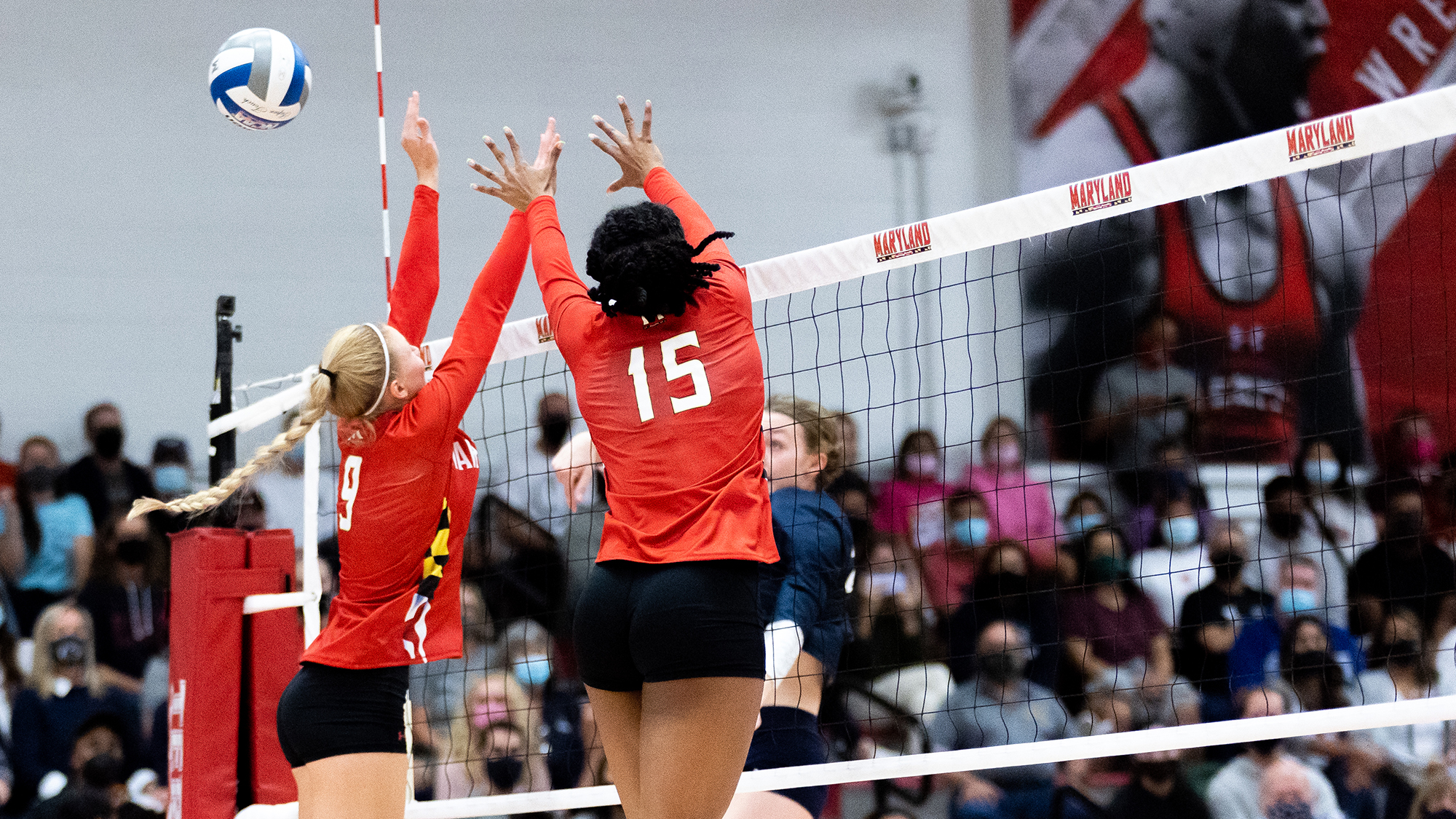 Ohio State’s Kylie Murr fielded a back row serve from Sydney Dowler, popping the ball high into the air in the direction of setter Mac Podraza. She lobbed the ball towards the net, where it was poked past Maryland volleyball’s defense for a late kill.

It was one of 51 putaways on the evening for the Buckeyes, who handed the Terps their third straight loss in a 3-0 rout in Columbus, Ohio.

“I thought Ohio State did a good job being balanced offensively,” coach Adam Hughes said. “We had to make some lineup changes on short notice … and just thought we were a little bit out of sorts and never got our rhythm.”

Maryland was without the services of starting outside hitter Paula Neciporuka due to an injury, according to the team. Neciporuka, who led the Terps with 20 kills Wednesday against Penn State, was replaced at the outside hitter position by middle blocker Laila Ricks.

Maryland stumbled early in Neciporuka’s absence, falling behind 8-2 in the first set thanks in part to multiple Terps’ service errors in the opening moments of the frame.

And while the Terps quickly regained their footing to chip into the Buckeyes’ lead, it wasn’t enough to overcome a sluggish opening set start.

After a flurry of spikes from Rainelle Jones and Lexi Kohut cut an eight-point lead to just two late in the frame, middle blocker Hannah Thompson looked to inch Maryland closer to a deadlock with a powerful serve attempt from the baseline.

Thompson’s serve was collected in the back row by Murr, whose dig spurred opposite hitter and reigning national freshman of the year Emily Londot to rise for a booming spike past two Terps blockers for a crosscourt kill.

Londot’s spike shifted the momentum back into Ohio State’s favor, as the Buckeyes grabbed a 25-21 first set victory to take a 1-0 lead.

“I think Ohio State did just a really good job of spreading the ball,” outside hitter Sam Csire said. “They didn’t stick to one hitter the whole time. It made it really tough for our blockers to figure out where they were going and it left open a lot of seams.”

Ohio State’s momentum spilled over into the second set.

After trading shots early in the second frame, three straight Buckeye spikes opened up a four-point advantage midway through the stanza.

[Maryland volleyball falls after battle with No. 14 Penn State, 3-2]

Hughes’ squad, which had shown flashes of elite offensive potential in five-set matches against Wisconsin and Penn State, hit just .083 against the Buckeyes in the second set. With Neciporuka sidelined for the evening, Maryland struggled to find gaps in Ohio State’s touted defense en route to a 25-18 second-set loss.

And with the Buckeyes firmly in control of the match, Ohio State coasted in the third and final set of the evening to send the Terps packing.

Gonzales continued to cook late, registering four of her match-high 12 kills in the third set to push the Buckeyes to the brink of their second straight conference victory.

Maryland battled back in the closing moments of the match, as Cara Lewis entered the contest for the first time to provide a late spark for Hughes’ squad.

But as a Mia Grunze spike pushed past the Terps on match point, Maryland walked out of Columbus on the wrong side of a Big Ten sweep.

“It’s tough to win against Big Ten teams, especially on the road,” Hughes said. “[We’ll] try to get some rest tomorrow and get back to work on Monday.”