I can’t escape the Billie Eilish Amazon Echo Studio, or Amazon for that matter 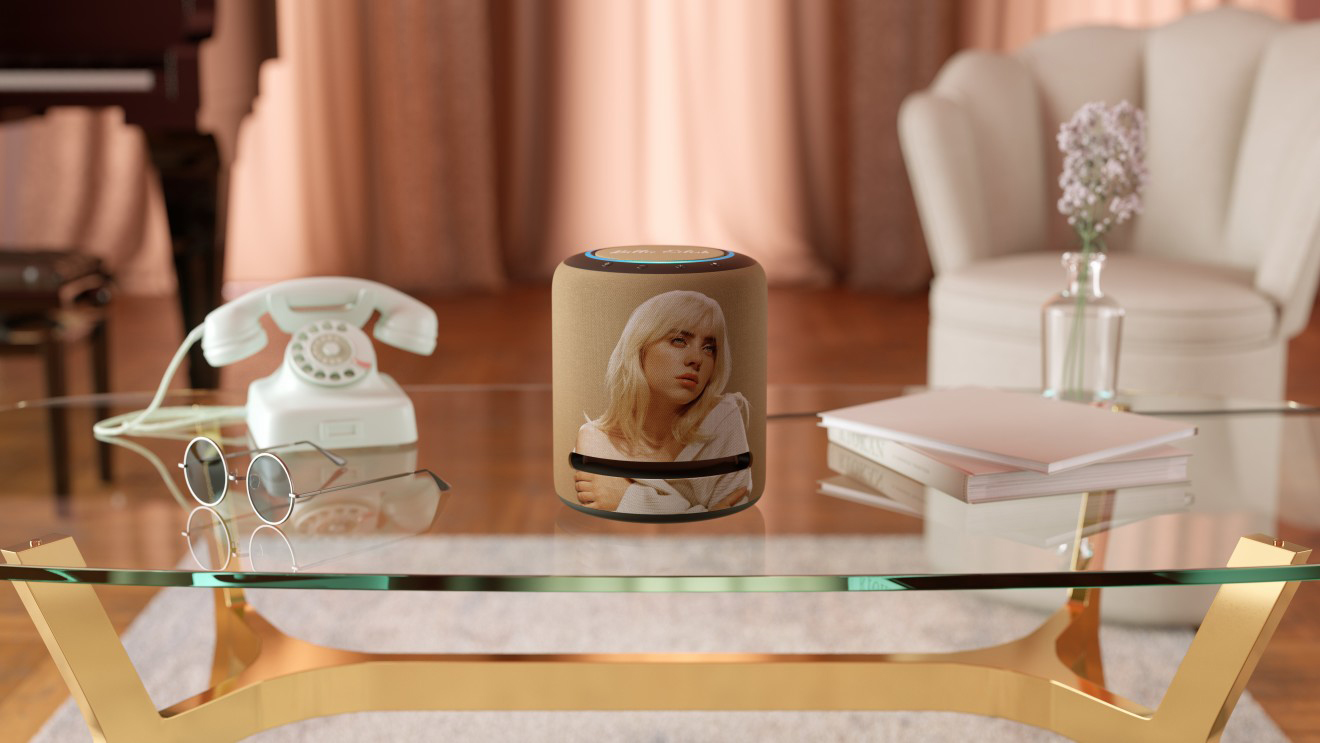 Amazon recently released a new version of its Echo Studio speaker featuring a design of Billie Eilish’s Happier Than Ever album artwork.

While I won’t knock Eilish for getting her bag, the speaker is a whopping $229.99 — and I don’t think it’s worth it. Instead, buy a regular Amazon Echo Studio and use the rest of the money on a poster or merchandise item that will outlive a device that will eventually be replaced with something newer and better.

“I can’t wait for my cutie fans to be able to listen to my new album Happier Than Ever in spatial audio, available on Amazon Music Unlimited,” Eilish said in an Amazon blog post.

Besides having the same vibes as a clunky YouTube sponsorship read, this quote reminds me of Amazon’s power.

The fact that fans will have an obnoxiously large bluetooth speaker wrapped with Billie Eilish’s album artwork sitting on their desks feels creepy and gimmicky. Because of the placement of the design, it’s as if Eilish is watching over her fans. While unintentional, it’s still awkward. The lack of new artwork for this collaboration also makes it seem like very little thought went into this project.

This speaker is definitely an item for super stans, the people who see Eilish on every tour, run update fan accounts and have enough disposable income to spend on every merch drop or collaboration.

[Trader Joe’s has a grip on college grocery shoppers]

Outside of the speaker being a cash grab with no extra value outside of collectability, I coincidentally saw it every time I (abashedly) opened Amazon to contemplate an order within the past week.

Looking at the bigger picture, I can’t help but think about how Amazon has infiltrated society and how seamless its integration seems to be.

As much as I love supporting small bookstores, if I’m itching to have a book in my hands, I can order one through Prime Student or hit up Amazon Books in Bethesda Row. Sometimes, Amazon’s textbook rentals are more convenient, and if you live in a dorm and need something quickly, Prime is easily accessible.

The company’s other ventures, such as Amazon Glow — a video chatting device that allows children to video chat while completing puzzles or other tasks on a play surface — initially appear quite wholesome. But these initiatives only add more fuel to the Amazon fire.

As Amazon gradually seeps into everything we do, it’s also the target of bipartisan antitrust reform and has horrible working conditions. It’s hard to defend this company — even if they are convenient for many groups of people, including college students.

Do we really need more Amazon products such as the Amazon Always Home Cam surveilling what we do around our house? Do we need a $1,499 robot named Astro, which privacy experts have security concerns about? Amazon has extended past a convenient online marketplace for quick commerce and a launching pad for small businesses into a borderline monopoly contributing to almost every facet of our lives.

I’m not keen on letting the company, which shares customer data with law enforcement and has a program such as Amazon Sidewalk, which lets users share the internet with their neighbors despite potential security risks, into my home more than I already have.

This isn’t a call for us to throw out our devices and move off the grid, but to be more mindful of the technology we allow into our homes and into our lives. It’s getting harder and harder to detach from Amazon, but knowing the associated risks and adjusting the privacy settings for any smart technology, not just from Amazon, is important. While we are moving towards a smart technology and Amazon-driven world, there are still ways to control what parts of it we let in.