Fall in a can? We tried Bud Light’s fall seltzers so you don’t have to 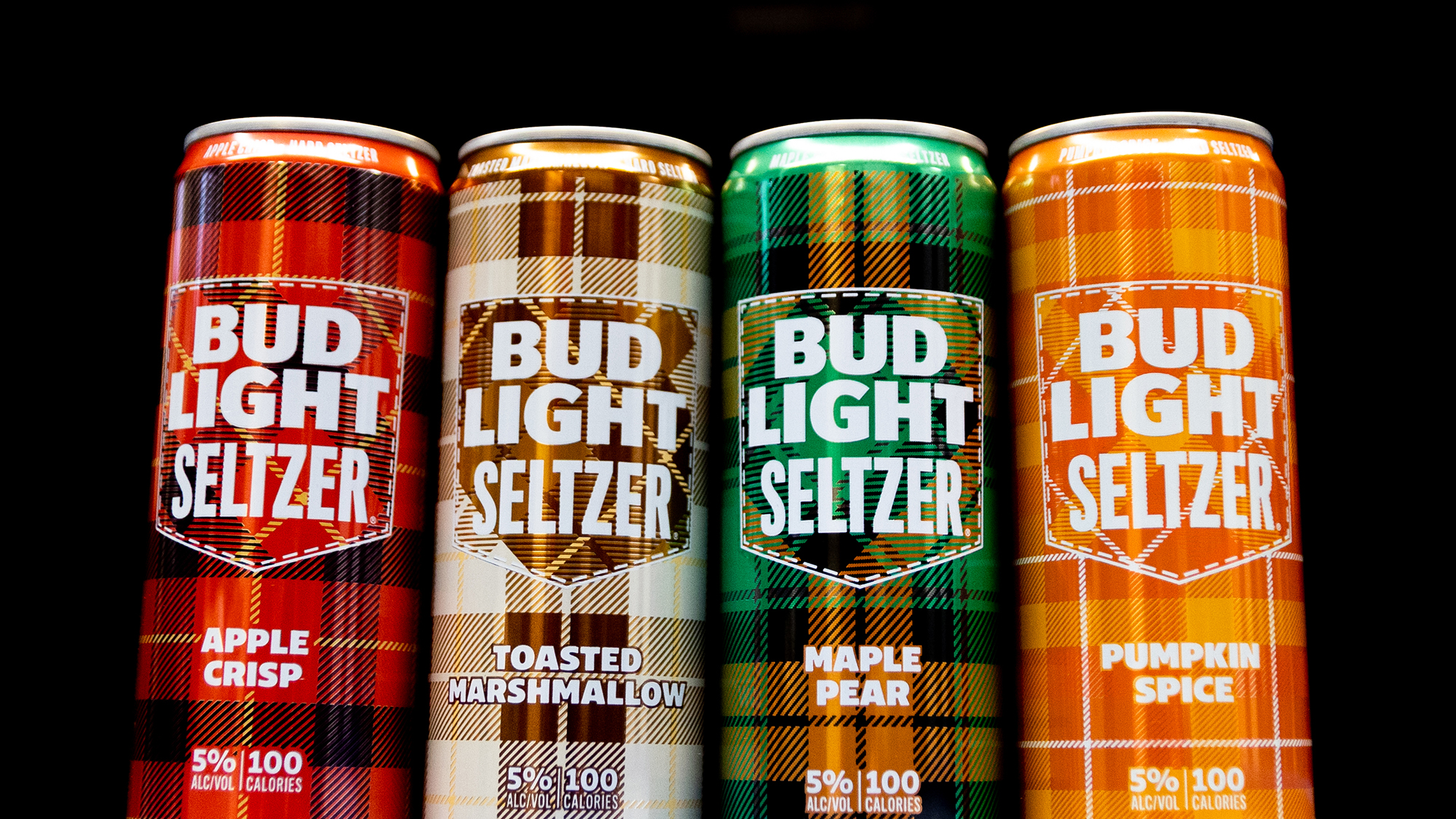 Surprise — there’s another variation of the ever-popular spiked seltzer. The concept has likely been done 10 times too many, whether it’s White Claw, Topo Chico or Truly, but this time, Bud Light really outdid itself.

This fall, Bud Light launched a limited-edition fall seltzer pack with four flavors: apple crisp, pumpkin spice, maple pear and toasted marshmallow. Called the “Fall Flannel” pack and wrapped in a cozy, plaid design, the cans are intriguing, to say the least. Described as “fall in a can,” the brand said they wanted to go “all in on #psl season.”

The special pack marks another seasonal marketing tactic, one you have to try even when you know it won’t be good. So, that’s exactly what we did at The Diamondback.

Some of the 21+ editors helped to describe the illusive fall flavors, in part for fun, but mostly so you don’t need to.

This smells like maple syrup but tastes like disappointment. I can’t imagine drinking more than one sip of this, I think it would actually cause me pain. Just don’t drink this. (1 out of 5 shells)

[Did these Disney Channel Original Movies stand the test of time?]

This taste is literally just so freaking weird. It’s sweet to an almost repulsive rate, and there’s no pear taste at all. Definitely not as heavy of a taste as the toasted marshmallow flavor, but one sip from the can and it genuinely tastes like you’re drinking straight syrup. All in all, bad vibes. (1 out of 5 shells)

This smells like apple juice, which made me happy. I had, by far, the most positive experience out of everyone. So the lesson is, go in with a positive mindset. (3 out of 5 shells)

This was the least horrible one by far. It smells like an Angry Orchard so I had high hopes, but it was pretty bland. The taste is a very light apple juice flavor with a pinch of cinnamon. I wouldn’t buy it, but I would chug it if it was offered to me because it goes down easily. (3 out of 5 shells)

Unlike most seltzers, there is an immediate abrasion in this drink not dissimilar to that of hard alcohol. This is followed by a slight taste of marshmallow that is at best mediocre. Just kind of bad. But not as bad as maple pear. (1.5 out of 5 shells)

[Are you a hyperpop fan? Thank queer and nonbinary artists]

Just the smell of this one is intoxicating, and not in a good way. It’s nauseatingly sweet, like a vanilla Bath and Body Works spray I had in middle school. And somehow, it doesn’t taste at all like how it smells — it’s even worse. (1 out of 5 shells)

This tasted like an extremely watered-down pumpkin spice drink. Although it smelled worse than it tasted, I would never drink more than two sips, and I definitely wouldn’t drink these at a party. (1 out of 5 shells)

I’ve been a pumpkin spice skeptic for a long time, and this only made me less inclined to buy something with the infamous fall flavor again. It tasted like what I assume a Yankee Candle would taste like. Absolutely not a fan. (1 out of 5 shells)