Did these Disney Channel Original Movies stand the test of time? 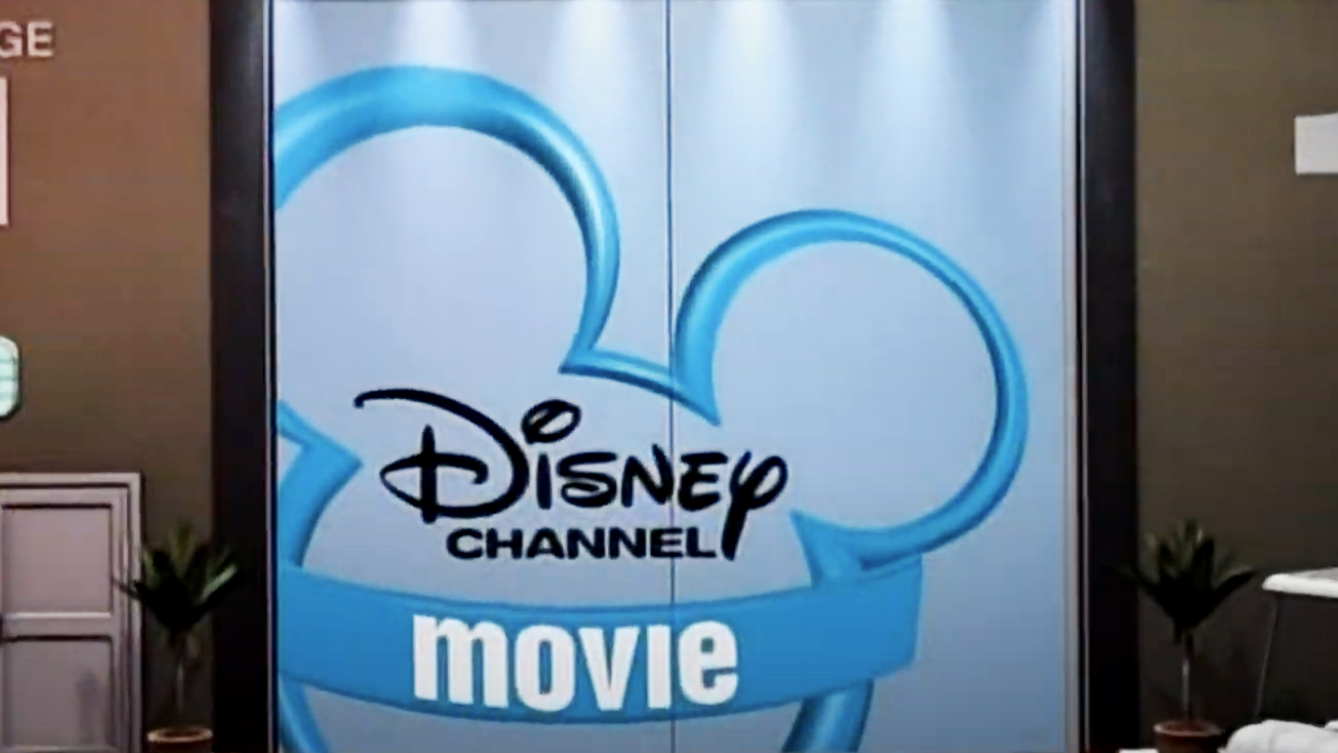 Imagine it’s a Friday night in 2008. It’s been a long week of learning times tables in second grade and you’re ready to wind down for the weekend. After a lot of convincing, your mom lets you stay up until 10:30 p.m. so you can finish Disney Channel’s quintessential broadcast of High School Musical. All is well.

If this situation sounds familiar, you might’ve grown up watching the classic cinema genre of Disney Channel Original Movies. From Halloweentown to Twitches, Lemonade Mouth or Teen Beach Movie, you’ve seen them all.

These films played a massive role in my own childhood. When a new film was announced, I would count down the days until it came out and look forward to talking about it during snack time with my friends.

I was incredibly entertained after a recent viewing of the 1997 Cinderella, starring Brandy and Whitney Houston.

While I was not alive for its 1997 premiere, there was a sufficient amount of hype behind it and it certainly met my expectations. Cinderella brought back fond memories of watching other Disney Channel films. While searching Disney+, I passed plenty of the classics I remember from my childhood.

Sometimes, nostalgia can create disillusionment. Not everything we remember about our childhood always holds true — and that can even be the case for these Disney films. The intended audience for these films is most likely not college-aged students. Yet regardless of the intended audience, any person can consume any piece of media and anyone of any age can resonate with it.

After my existential crisis from Cinderella, I had to ask myself if my favorite Disney Channel Original Film still had the same magic as it did in my childhood. I decided to propose this same question to the rest of The Diamondback staff and let us all have a nostalgic moment.

While we, unfortunately, weren’t able to cover all the relevant films (*cough cough* High School Musical 2 objectively the best one *cough cough*), these are just a few of our favorites revisited from a college-aged lens.

I love this movie — not because it’s good, but because it’s pretty bad. The acting is cringey and the story line is a little cheesy, but my god, I love this movie. The references to original Disney characters are clever and for some reason, I’m obsessed with the songs. I think this movie stands the test of time because it’s a movie that can be made fun of, but also appreciated for the references. It’s so good because it’s so bad, and I think that can always be appreciated by watchers of any age. It’s fun and feels good and if you watch in a group, the cheesiness will make for some great commentary.

This movie is so bad it’s good. The surfing scenes are terribly green-screened. It’s hard to tell if the acting is purposely bad because it’s geared toward kids or if it’s just genuinely bad. I couldn’t help but notice the sketchy editing my 10-year-old self breezed over, especially the last scene where Mack’s hair magically goes in and out of a ponytail (Disney magic, am I right?). Throw in the bizarre subplot about Les Camembert’s weather-altering machine and I was left staring at the screen in confusion. All that being said, the catchy songs made the hour-and-a-half absolutely worth it. I loved singing along to “Cruisin for a Bruisin” and “Surf Crazy” just as much as I did in 2013. If you’re looking for a feel-good movie about the power of friendship, or just something to laugh at with friends, you can’t go wrong with this.

All I remember about this movie is the songs absolutely slapped. Upon rewatching, I can confirm that the songs did indeed absolutely slap. The acting, as expected, left much to be desired, but it seems most Disney Channel productions are like that in retrospect — even the ones I loved as a child. While the themes of the movie seem cheesy now, I can see why they resonate with young children who are learning to stand up to their fears. It also sets the mood for Halloween. Overall, Girl vs. Monster isn’t great in terms of acting, but the lessons are important and the songs are bops. Plus, my roommates enjoyed simping over Deimata-as-Myra.

Lemonade Mouth has been my favorite Disney Channel Original Movie since I first saw it over 10 years ago. As an 11-year-old, headstrong ballet and cello student, the plot of underfunded performing arts students really resonated with me. The movie also featured some of the catchiest songs I’ve heard in a Disney Channel Original Movie. Even the songs by the rival band make it hard to hate the bad guys. Ten years later, despite feeling old, my opinions about the film haven’t changed. Whether it’s Stella wearing a shirt on her first day that says “QUESTION AUTHORITY,” or the band getting arrested for trying to save its beloved lemonade machine, the film plants a seed in young audience members to stand up for what they believe in. I think that big idea makes the film both timeless and fun to rewatch. I’m also convinced the soundtrack would make for great karaoke. Extra points if you can do Wen’s rap from “Determinate.”

I love sports movies. The plucky underdogs upset the powerhouse in a thrilling last-second comeback and everyone’s life, down to the last marching band member, is forever changed. Sadly, Hatching Pete is not the definitive film of that genre, regardless of what 9-year-old me thought. Despite flawless delivery from a sneeze-riddled Mitchel Musso — I remained uninspired. The rooster-related puns were overbearing, even though I did laugh at at least one “Let’s Cock-a-doodle-do-it.” But when it comes to inspiring sports movie lovers like me, I look elsewhere. Still, if you feel you need that magical story of a down-on-their-luck basketball team galvanized by a chicken with the janitor from “The Suite Life of Zack & Cody” as the coach, get to Disney+ ASAP.

Honestly, I think a huge part of this movie’s magic was the genuine Selena Gomez and Demi Lovato friendship. But I also think that in light of a lot of Lovato’s struggles with addiction at the time of this movie, it’s a little bit ruined for me. However, I do still love the outfits (especially Rosalina’s yellow ball gown) and it was a very creative story idea. I think they made Lovato’s character a little too unaware of the real world, especially in the scene where Gomez and Lovato first meet. Overall, this movie isn’t really that good – the magic of the actresses are what made me love it.

High School Musical is and will always be timeless. This is the movie our generation will show their children someday and say: “This was my childhood.” I couldn’t help but smile as I rewatched the film, nostalgia flooding in at every song. I remember watching the movie in elementary school and begging my parents to sign me up for basketball lessons. I wanted to be like Troy Bolton. Watching High School Musical in 2021 was not just amazing because it was nostalgic — it was actually a great film. The plot was clear and each character had a story. The music wasn’t simply thrown in carelessly in order to call the film a musical, the songs moved the plot along. Yes, I absolutely sang along. The story also had a good lesson about being yourself even if you don’t fit into a certain box — a message that was ahead of its time in 2006. I could watch this movie a hundred more times and still get emotional when Troy and Gabriella finally sing “Breaking Free” or get up to dance to “We’re All In This Together.” In conclusion, I will still be rewatching this movie when I’m 30 years old, so it absolutely stands the test of time.

For most, The Lizzie McGuire Movie holds a special place in all our hearts as an iconic Disney movie. I remember viewing the film at the ripe age of about 5-years-old and dreaming of an Italian adventure where I get mistaken for a pop sensation and perform at a show. After a recent re-viewing of the film, the same magic was still standing. There was so much glee and excitement watching Lizzie’s Italian journey and there were so many fun bits that took a new meaning watching it as a 20-year-old. I loved the scene where Lizzie is trying on all the high fashion outfits and a cover of RuPaul’s “Supermodel,” is backing the montage. The only odd thing watching all these years later is realizing Lizzie is 13 or 14 and Paolo is supposed to be 17. All in all The Lizzie McGuire Movie still holds up as an entertaining film.

This was my absolute go-to “scary” movie as a kid. It’s about Frances, a girl who forced herself to grow up quickly in light of her baby brother’s terrifying fight against Leukemia. Because of this, she let go of her imaginary friend earlier than she meant to and her imaginary friend – distraught by the too-early loss of the child she was meant to protect – became a bogeyman and made Frances’ life near-impossible.

Now that I’m grown-up I don’t find it quite as scary anymore but I have always lived by the last words that one of the imaginary friends tells Frances, “Just because you’re getting older, doesn’t mean you have to get old.” Even rewatching it now, my heart clenches and I swear that I will keep myself light and happy, no matter what life throws at me.