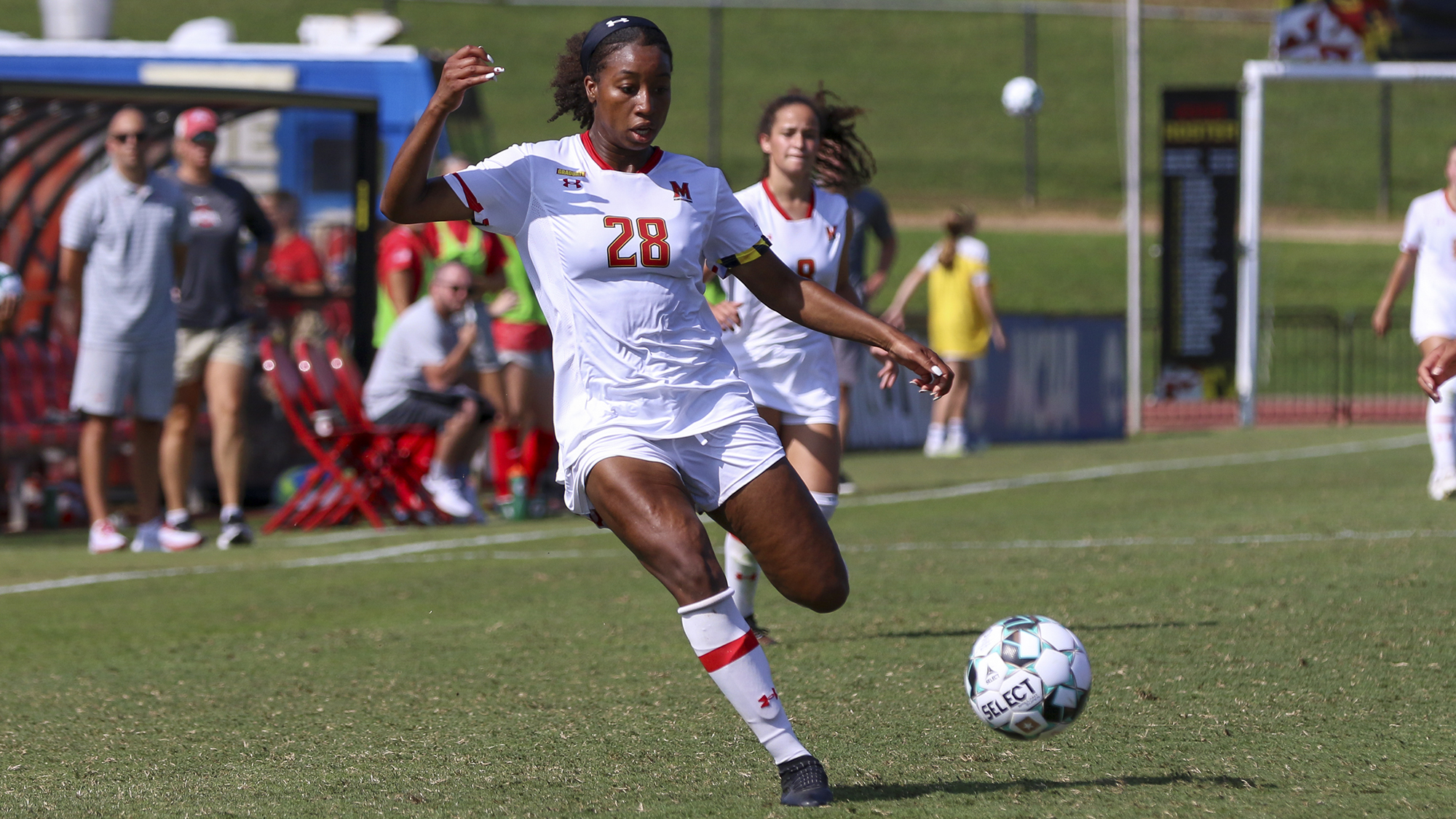 After struggling through the first hour of the game to create anything going forward, Maryland women’s soccer finally struck.

Moments after subbing in, Keyera Wynn received the ball in midfield and sprayed a pass out wide to Mikayla Dayes. She took a touch before whipping a low cross to Kori Locksley, who ran across her defender and finished with a first-time half-volley.

It was only the second shot on target the Terps had produced in their last 169 minutes of play, but it was good enough for Maryland to equalize against Ohio State.

It was one of the first times the Terps got the ball wide in an attacking space all match after they tried and failed to get anything going in the middle of the field. While coach Ray Leone was happy his squad was finally able to break through, he was hoping they’d figure out the Buckeyes’ defense earlier.

“We got wide and we took them on the flank,” Leone said. “I don’t mind saying that we need to do more of this; we’re not doing it. We keep cutting in and that makes it easy to defend, and then it’s not just not a goal. It’s a counter.”

Ohio State’s defense certainly took note of that and became more spread out, which Maryland was almost able to take advantage of just 10 minutes after its first goal. Dayes received a long through ball and got in behind the Buckeyes’ defense, but her shot was just wide as Maryland failed to take a lead.

The Terps then lost the match late after conceding in the 89th minute. While they were disappointed to lose at the last moment, they were encouraged by their performance against an Ohio State team which was ranked third in the Big Ten preseason poll.

“We’re fighters, we can really do well this year in the Big Ten. We just got to stay locked in until the final minute,” Dayes said.

The Terps will look to continue to be as dynamic on offense as they were at moments in the second half in order to stop their struggles going forward. After starting the season hot, Maryland has only scored twice in its last four games, in which the squad has gone 0-2-2.

In order to improve, Dayes hopes the Terps can be smarter on the ball and disguise their passes better, as Ohio State was able to keep Maryland at bay for a majority of the match.

After the tough loss, the Terps will try and take the positives into a week with two Big Ten games at home against Nebraska and Northwestern, who both also lost their Big Ten openers.

While Leone was disappointed to drop the game so late, he was proud of his players’ performance against the Buckeyes. Now, he’ll hope for them to continue it into the two crucial Big Ten matchups next week.

“They’re fighters,” Leone said. “We’re gonna get close and start stressing out some teams. We’re going to be a tough out, no doubt about it.”