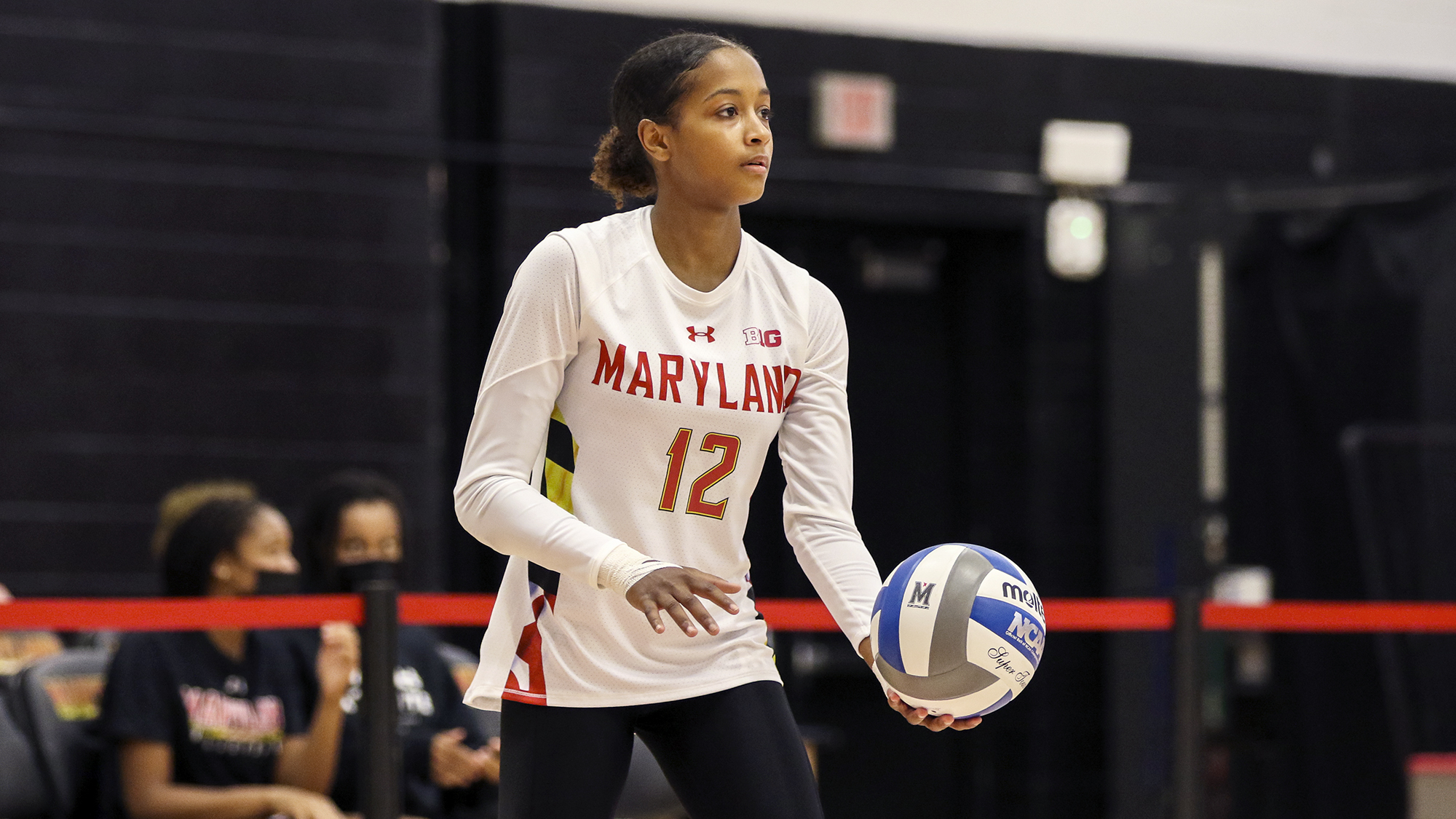 Maryland volleyball has passed each and every test of its young 2021 campaign with flying colors.

Amassing a 9-0 record for the first time in coach Adam Hughes’ tenure at the helm in College Park, the Terps are currently riding a 14-set winning streak — flaunting a consistency the team has lacked in previous seasons.

With just one tournament standing in the way of a grueling Big Ten slate, Hughes’ squad will host Akron, Stony Brook and Columbia at home in the Maryland Challenge. There, the Terps will look to continue their steady roll as they close out their nonconference schedule.

“The nice thing about this group is, honestly, I couldn’t tell the difference between the first day of practice and their focus and intent from where we were on Monday or Tuesday at practice,” Hughes said. “You’d walk in the gym and you’d have no idea if we were a 5-4 team or a 9-0 team.”

Gomillion, who currently leads the Big Ten with a dazzling 5.17 digs per set average, was named Big Ten Freshman of the Week by the conference Monday. It’s her second consecutive weekly honor, impressing early this year in the Terps’ back row.

“It’s awesome,” Gomillion said of her multiple awards. “I work really hard in practice, and the team really pushes me too in practice, on and off the court as well.”

But it’s not just Gomillion whose stats have been turning heads at Maryland.

Middle blockers Rainelle Jones, Cara Lewis and Laila Ricks each rank in the top 10 in the conference in blocks per set. Jones’ 1.85 blocks per set average is good for third in the nation.

Offensively, outside hitter Sam Csire ranks sixth in the loaded Big Ten with a 3.77 kills per set clip, while setter Sydney Dowler’s 11.13 assists per set has garnered her back-to-back tournament MVP selections.

For Gomillion, the Terps’ energy has propelled the team to new heights early in the season.

“[We’ve had] a great start of the season, couldn’t do any better,” Gomillion said. “All of our energy is great, we keep it high on and off the court and it’s a great atmosphere.”

And as Maryland’s stellar early-season play has the Terps on a high, the team’s consistency has given them new conviction as they inch closer towards their Big Ten-opener against No. 2 Wisconsin.

“I’m really confident,” Gomillion said. “We all enjoy each other’s energy on and off the court. We push each other, and we make sure we focus on our side of the net, opposed to who else we’re playing [whether] it’s Wisconsin or anyone [else].”

But for Hughes, Wisconsin is next week’s problem.

The Terps will open their Maryland Challenge slate Friday evening against Akron, who took a common opponent in Virginia to five sets earlier in the season. The Zips’ roster, which boasts a bevy of seniors including first team All-MAC setter Emily Weigand, is Hughes’ primary concern for the weekend.

“We know that [Akron] is a senior-laden team,” Hughes said. “One of the things that stands out, watching them on film is just their continuity.”

Following Maryland’s battle with Akron, the Terps will play both Stony Brook and Columbia Saturday, the team’s final double-header of the season.