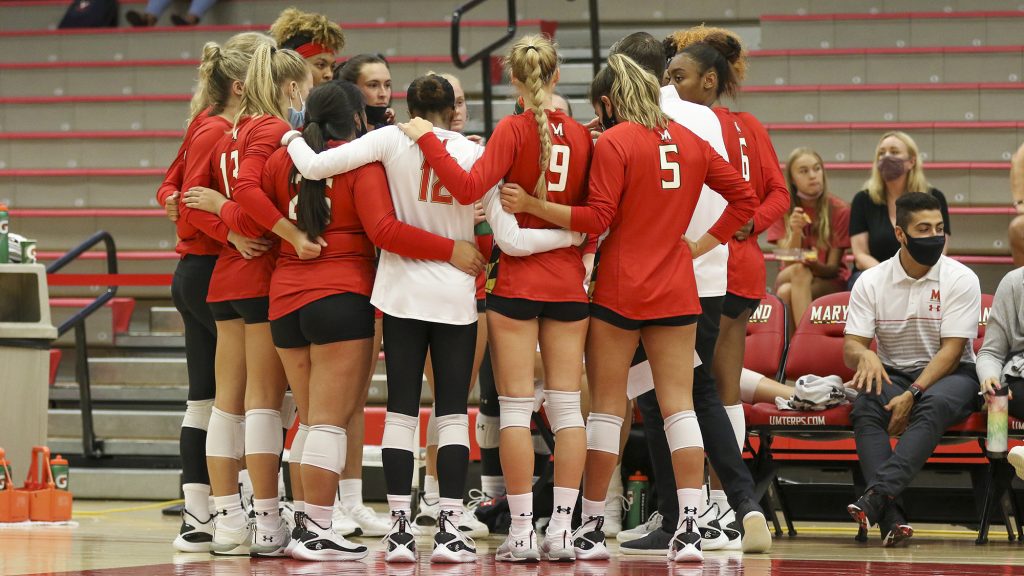 After a diving Milan Gomillion dig was pummelled to the back corner by Sydney Dowler for a late kill, Hannah Thompson raised her arms in celebration, while Kaylee Thomas playfully pushed Gomillion with a smile.

It was a celebratory sequence familiar for Maryland volleyball, which steamrolled UMBC, 3-0, to push its undefeated record to 9-0.

“We played a lot cleaner,” middle blocker Rainelle Jones said. “Because we’ve been working on being clean, executing at the right time … [that] gave us the success for the win of the game.”

As had become the norm during the Charm City Challenge, the Terps set the tone early in the contest.

With Maryland holding a three-point lead midway through the first frame, Dowler succeeded on a crafty dump-kill to stretch the Terps’ lead further, forcing Retrievers coach Cristina Robertson to burn a timeout.

That timeout proved futile, as outside hitter Sam Csire would continue to pour it on for coach Adam Hughes’ squad.

Csire notched six of her team-high 11 kills in the opening frame, pushing Maryland to a comfortable 25-17 first set victory.

And the Terps’ roll would continue into the subsequent set.

Csire and Jones blitzed UMBC early in the second frame, each succeeding on a kill before multiple attack errors gifted Maryland an early cushion.

The Terps’ defense continued to harden, racking up 15 rejections at the net to stifle any semblance of Retriever momentum. Maryland, which ranked atop the Big Ten leaderboards in blocks per set last season, held UMBC to a .000 hitting percentage in the second frame, spurred at the net by Jones and Thompson.

“The team is definitely spreading our blocks instead of it just being the middles and Laila [Ricks],” Jones said. “The setters and the outsides are also taking that role of blocking, and it’s helping a lot because it’s hard to get the ball over the net when the block is so aggressive.”

The Terps’ lead continued to balloon, as did their confidence. Rushing out to a double-digit advantage deep in the frame, Jones’ fourth putaway of the afternoon gave Maryland a dominant 25-13 second-set victory.

Now just one set away from bringing a perfect 9-0 record back home to College Park, the Terps looked to be rolling towards their fourth straight sweep. But the Retrievers wouldn’t go down without a fight.

After UMBC outside hitter Mia Bilusic gashed Maryland’s defense with one of her team-high nine kills midway through the third set, a Csire attack error forced Hughes to burn his first timeout of the contest.

“I thought there was a few mistakes, and I wanted to make sure they reset themselves,” Hughes said.

And the Terps responded accordingly.

Maryland came out of the timeout with new energy, spurred by back-to-back kills from Csire and Paula Neciporuka. The Terps quickly snapped out of their sluggish third-set start, going on an 11-1 run to regain their earlier momentum.

And from there, it was all Maryland. The Terps pulled away from the Retrievers, regaining their earlier mojo en route to a 25-13 third set victory to push its unblemished record to 9-0 on the young season. 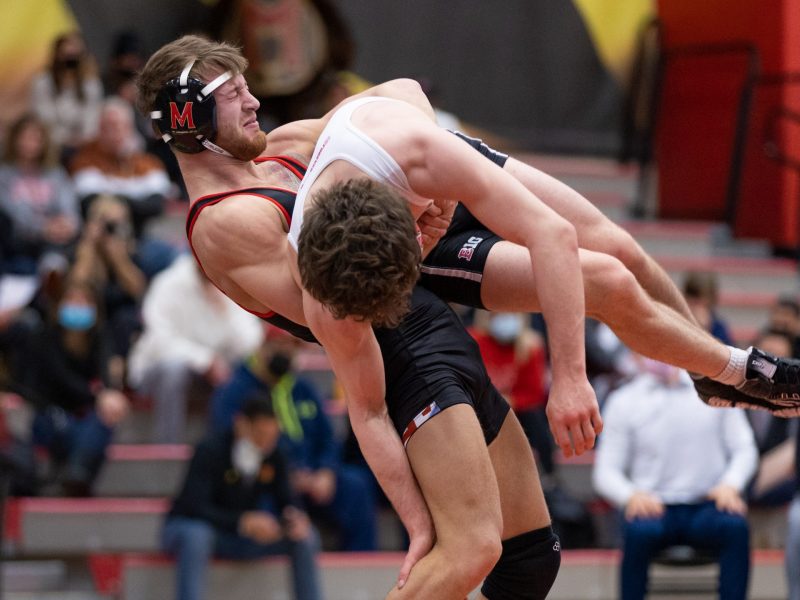 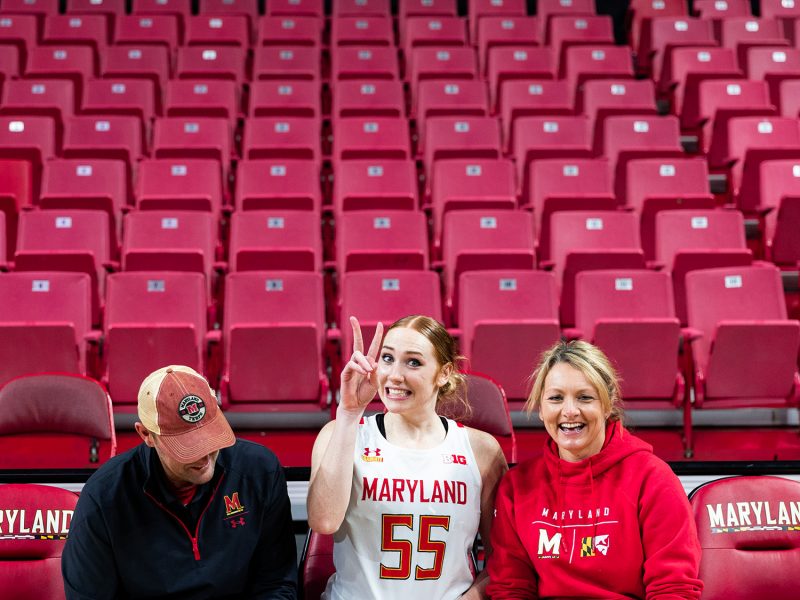