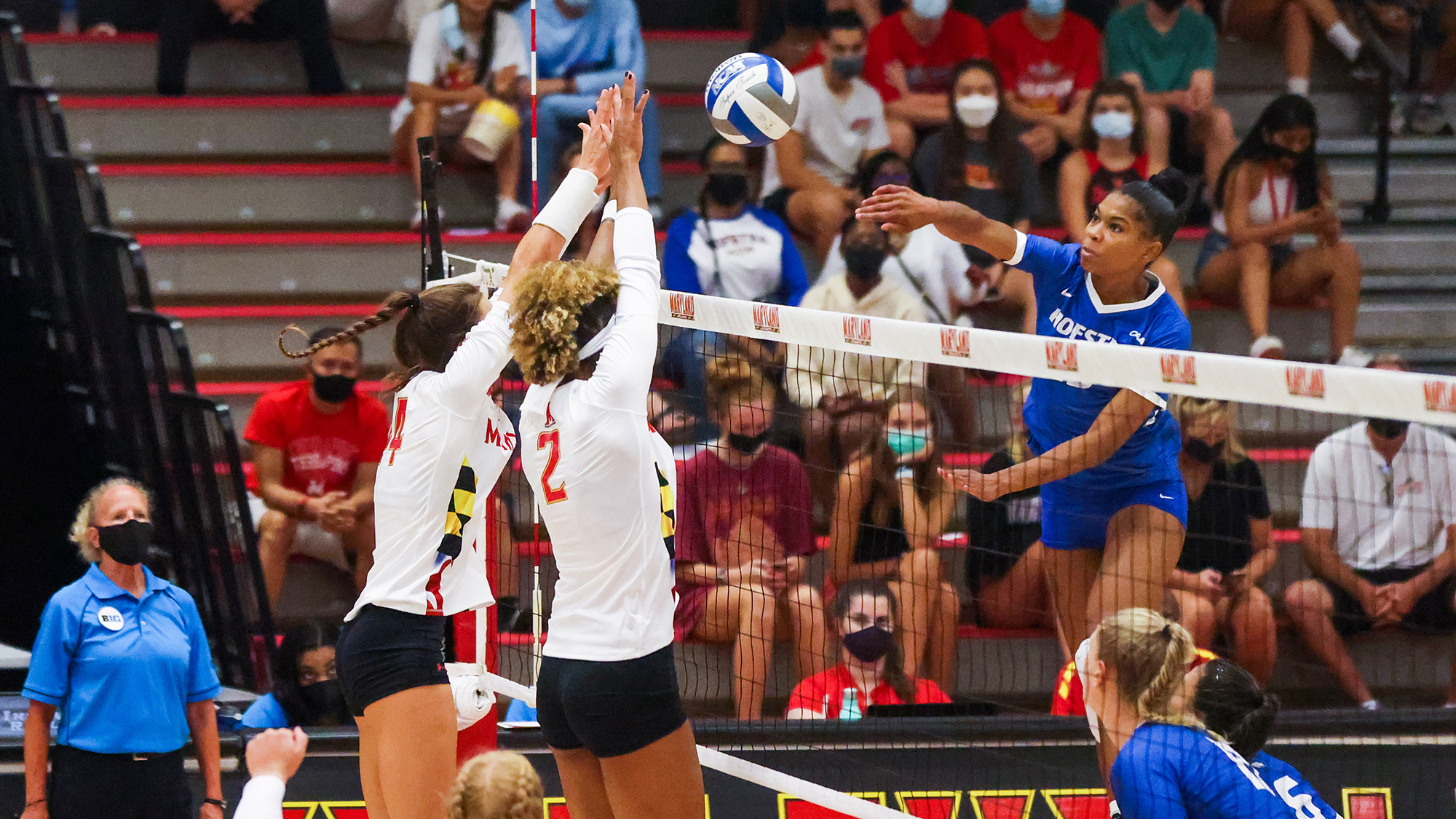 As the final whistle sounded, Maryland volleyball strolled out of the Charm City Challenge victorious. The Terps have won all of their last 13 sets, and they claimed a flawless 3-0 record on the weekend.

The Terps, who now sit at 9-0 overall, strung together multiple consistent performances to dominate Howard, Quinnipiac and UMBC to keep their undefeated record intact.

During Maryland’s two-day trip to Baltimore, Hughes’ squad put up its most commanding set of performances of the season. In nine sets of action, the Terps held each of their opponents to 18 points or less in every frame — which was music to middle blocker Rainelle Jones’ ears.

“I think it’s awesome that we’re coming with all these straight sets,” Jones said.

Jones credited her team’s offseason training and preparation for a rigorous Big Ten slate for their early success.

“We did prepare in preseason to have those five-set matches, and it was super helpful because no matter what, we’re not tired, we’re not exhausted from the game, so throughout the match we’re just keeping the same consistency that we talked about,” Jones said.

This consistency has reverberated throughout the entire team.

“It’s definitely going to keep our hopes high for the upcoming games, but I think what [Hughes] talks about the most was keeping our emotions level instead of being on [an] emotional rollercoaster,” Jones said of the team’s winning streak.

Now firmly in the swing of the season, Maryland has just one tournament remaining before opening up conference play against Wisconsin. The Badgers won the loaded Big Ten last season – they finished with an 18-1 record.

Next week, the Terps will return home to Xfinity Pavilion for the first time in weeks to host Akron, Stony Brook and Columbia in the Maryland Challenge.

And as the competition begins to heat up for Maryland as autumn hits College Park, the Terps’ consistent play has them ready for the fight ahead.

“We gotta watch the games, focus on the next one, reset for Monday,” Jones said, “start to have practice and working up to the game to keep that winning streak.”