‘Mad taco scientists in the kitchen’: Tacos A La Madre to open soon in College Park 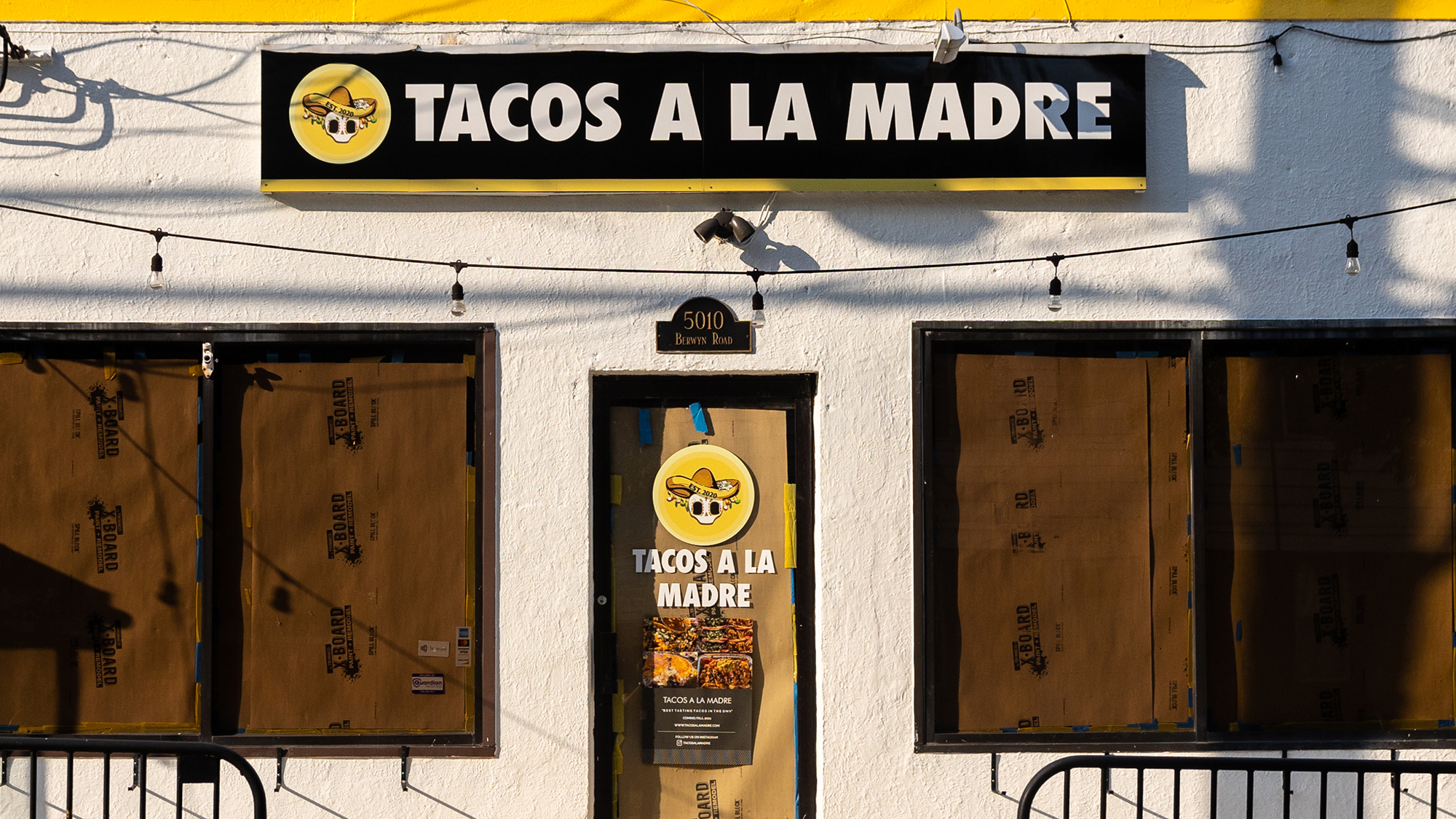 A new taco shop is coming to College Park this fall.

Pedro Soriano — who runs Tacos A La Madre alongside his brother-in-law, mom, dad and sister — got the idea for Tacos A La Madre while he was traveling across America for the Marine Corps. He was stationed in California, Texas and Florida, where he was able to experience flavor that “you couldn’t really find on the east coast,” he said.

“Bringing all those ideas from my past travels back to the east coast was something that was near and dear to my heart,” Soriano said.

To recreate southern and western flavors, the family works with authentic ingredients from local butcher shops, buys produce from small businesses and experiments with their recipes often — giving themselves the title of ‘Tacologists.’

“We’re mad taco scientists in the kitchen,” Soriano said. “We just play with what we have in our place, and create that dish. Something that’s like, ‘You know what, this is it.’ And once we all agree that ‘this is it,’ we put it on our menu and we let our fan base, our Tacoholics, try it out.”

In June 2020, the self-proclaimed Tacologists began experimenting in Soriano’s mother’s kitchen. The first week, they invited their friends over to the house to try their food and, before they knew it, strangers were lining up, said Herson Romero, Soriano’s brother-in-law.

Tacos A La Madre continued to operate out of the head cook’s house for nine to 10 months, Romero said, before temporarily operating out of the College Park Holiday Inn for three months.

Those three months made it clear they couldn’t go back to operating out of a house, Romero said. They went from a few followers on their Instagram account to a few customers a week to a completely overflowing venue, he said.

“We were selling out within minutes. It was right at that peak when we knew … we had something on our hands that we weren’t going to let go,” Romero said.

At its peak, Tacos A La Madre food was almost unattainable for many customers, Soriano said. They would open their website for online orders at noon, and 30 seconds later, they were sold out. With a brick and mortar location, they hope to be more accessible.

Cassidy Pham, a senior psychology major at the University of Maryland, said she is excited to try Tacos A la Madre once they move into their new location, especially the Birria tacos.

“People just had so [many] good words about [Tacos A la Madre]. And back then, they sold from their house and were doing order forms online, and I just always wanted to get it but it would sell out or we just forget because they only sold during weekends,” Pham said.

Romero and Soriano attribute much of the success of Tacos A La Madre to their customers.

“It’s just showing love and respect to everybody that’s waited out in the cold, that’s waited hours in a car, that drove from … Jersey and New York,” Soriano said. “They’ve all come down because they heard about us.”

But to Soriano, the story of Tacos A La Madre would not be possible without his mother, Leticia Soriano, the head cook and the owner of the kitchen where it all began. Soriano said she is an “embodiment of the American dream.”

“She embodies every immigrant that comes to America to try to look for a better life and find that American dream, but is too scared to take that leap of faith because of bills, because of family support,” he said. “And now, look how she’s blossomed.”