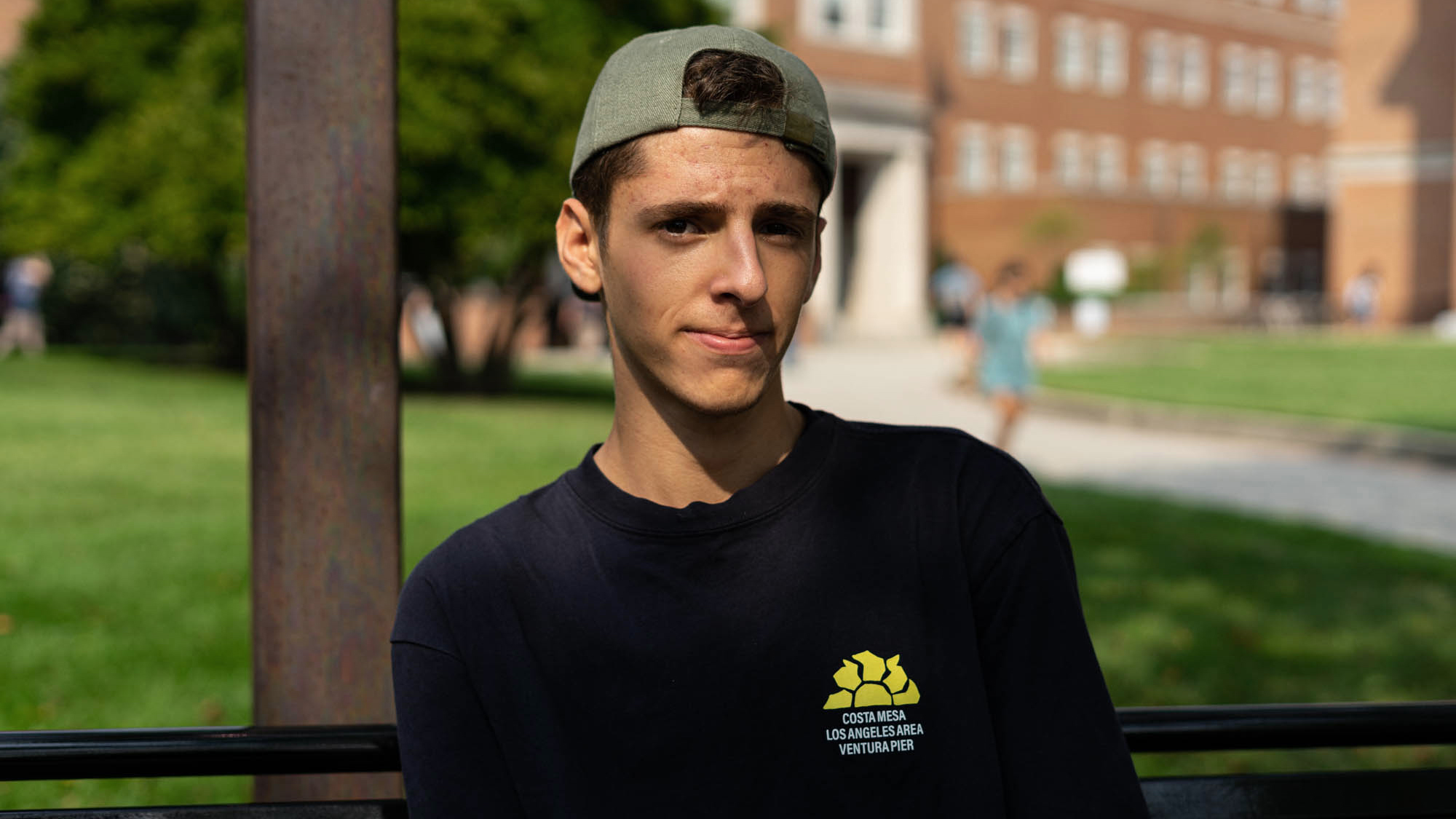 David Balakirsky, a freshman computer science major at the University of Maryland, recently won the Presidential Environmental Youth Award for his involvement with the Bioma Project, a nonprofit student-led organization dedicated to educating youths about the environment.

The PEYA award is organized by the Environmental Protection Agency, and is awarded across 10 regions in the country. Each region has two winners from two categories: one from grades K-5, and the other from grades 6-12.

“Some people win the award by taking initiative directly and making an impact on the environment, while others inspire younger students and spread the word,” said Jeffrey Tong, the acting president of the Bioma Project.

Balakirsky and Tong’s older brother, Bill, founded the project in 2015, while they were still in middle school. Balakirsky helped recruit the first schools to their program, assisted with finances and acted as vice president until becoming president in 2021.

“It began with Jeffrey’s family, whose older brother Bill just came to me with a love for fishing and wanted to expand that love for inner city schools,” said Philip Herdman, the academic achievement specialist for the project at Howard County Public Schools.

The founding members started out fishing at a local stream in Columbia, Maryland, and were taken aback by how littered it was. They decided to shift their focus to stream clean up.

After their first attempt to clean up their local stream, the group returned a week later to find it was just as messy as before.

“We decided we wanted to do something to help promote environmental education to have that sphere be a little cleaner every time we came back,” Balakirsky said.

The program went to elementary schools — and some middle schools — to give them 10 to 20 gallon aquariums, as well as fish and filtration materials, he said. Finally, the project supplied an array of lesson plans, experiments and other hands-on learning experiences surrounding fishing and aquariums.

Herdman said they first started the mini-aquarium initiative with a small group of about 30 kids at Bryant Woods Elementary School who raised rainbow trout and were involved in other lesson plans. Herdman’s biggest role is helping the students with outreach and developing curriculum.

But with the pandemic, they had to adjust their lessons. In order to provide less privileged kids with the model aquariums, Balakirsky said they supply them with small half-gallon to one gallon aquariums to raise shrimp.

“We’re just trying to work with as many people as we can and spread the word as much as we can,” Balakirsky said.

With what began as a grassroots project with two or three kids, Herdman said the Bioma Project blossomed into a statewide educational product for any kid in any school.

“The school that they established this in, in Clarksville, Maryland, it was a very high achieving school, but it lacked a lot of notoriety … a lot of their work led to it becoming a blue ribbon school a couple years ago,” Herdman said.

Bill Tong and Balakirsky won awards such as the Tawes Award from the Maryland Department of the Environment and the SeaWorld Award for environmental excellence for the project, Tong said. Herdman said he won a Presidential State Educator Award for his help with the project.

As a computer science student at this university, Balakirsky said he’s working on a mobile app for the program to avoid printing lesson plans and minimizing waste.

“The fact that these kids have pushed into colleges and expanded it while being able to do all their other stuff, like AP classes in high school … I don’t think it has to be bigger than it really is,” Herdman said.

Balakirsky said the project has involved over three thousand students and is still growing. They’re currently trying to partner with local groups. They’ve reached out to churches and they successfully partnered with a robotics team.

“It’s definitely a great feeling to know that we’ve impacted so many students in schools, we had over 3000 students, and we’re still growing,” Balakirsky said.