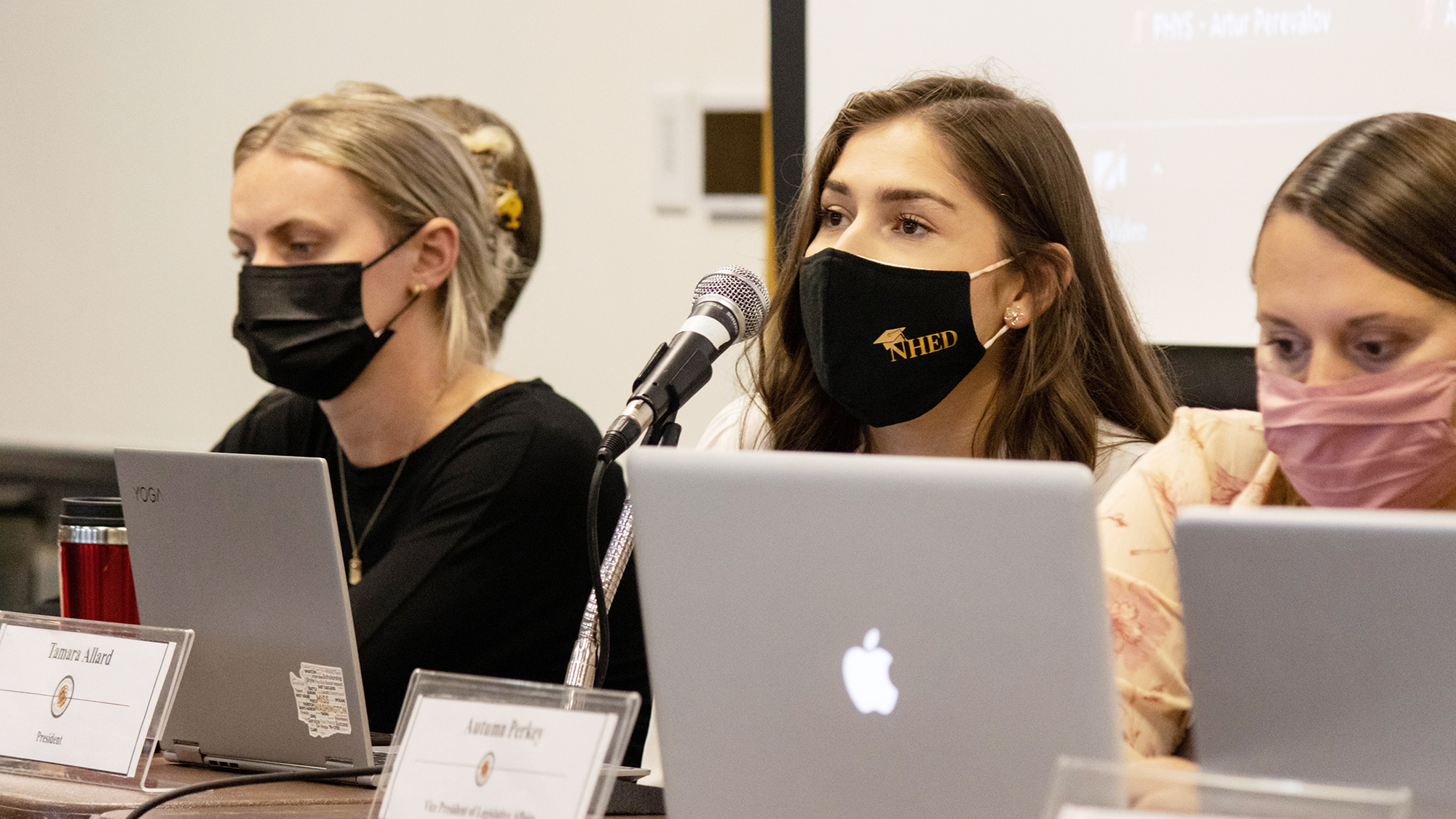 The University of Maryland’s GSG passed a resolution Friday urging Prince George’s County to implement bans or limits on rent increases regardless of income level.

The resolution, introduced by criminology and criminal justice representative Gabrielle Wy, highlights the poverty graduate students in the area can face, even with consistent stipends.

Many other Maryland counties, including Anne Arundel and Montgomery counties, have rent caps without an income-related stipulation. The current rent cap in Prince George’s County only applies to residents who can prove they have had a significant loss of income, Wy said.

The resolution was inspired by a 3.5 percent rent increase cap that President Tamara Allard saw in Howard County, where she lives. She explained that the rent increases aren’t just a graduate student issue.

“I would like for students to live here but also for individuals who’ve lived here for a long time to be able to afford the rent increases,” she said.

Computer science representative Saeed Haddadan was unsure the resolution would do anything and proposed the Graduate Student Government focus on increasing stipends instead.

But the purpose of the resolution isn’t just to create legislation, Wy explained — it can help create noise and activism surrounding housing affordability, something that legislative affairs vice president Autumn Perkey has been working on. Wy also said the county council has expressed willingness to read the resolution.

The GSG has been pursuing a variety of avenues for more affordable housing and has continuously hit roadblocks, Allard said.

Along with the Graduate Assistant Advisory Committee, the GSG has been trying to gain the right to collectively bargain for years. This would allow graduate students to have the opportunity to negotiate their stipends and benefits, a power they don’t currently have.

Perkey and Allard said they’ve heard a variety of complaints about housing for graduate students in the area that highlighted the need for low-income housing in the county.

Residents of Graduate Hills and Graduate Gardens, housing complexes near the university’s campus designed for graduate students, have voiced concerns about sanitary conditions, among other problems. Allard recounted the story of one student who moved into her apartment and found it infested with bedbugs.

Other students have dealt with landlords violating lease agreements, including telling students they aren’t allowed to sublet, in contradiction to both the agreement and Maryland law, Allard said.

“Graduate students aren’t gonna fight back because we don’t have the time or money or resources,” she said.

Meanwhile, the GSG has also been working on things such as the Western Gateway project, a partnership between the university and the Gilbane Development Company. The project will create living spaces for graduate students near the campus and will be priced for lower incomes, according to Allard.

It will require deforestation, something sustainability groups have been vocal about.

But if groups are truly worried about sustainability, Perkey thinks they should be looking at the living conditions and environmental impacts of current graduate student housing. Many graduate students are forced to commute or live in run-down housing, neither of which are very good for the environment or for productivity, Perkey said.

“[Students are] paying for a permit and they’re walking 30 minutes to class, that’s insane,” Allard said.

When Perkey first moved to the area as a single parent of two, she became involved in human rights groups nearby. While working on this resolution, she has talked with those groups to raise awareness on the issue.

“The counties are just kind of leaving these people to suffer and human suffering … needs to be addressed,” she said.