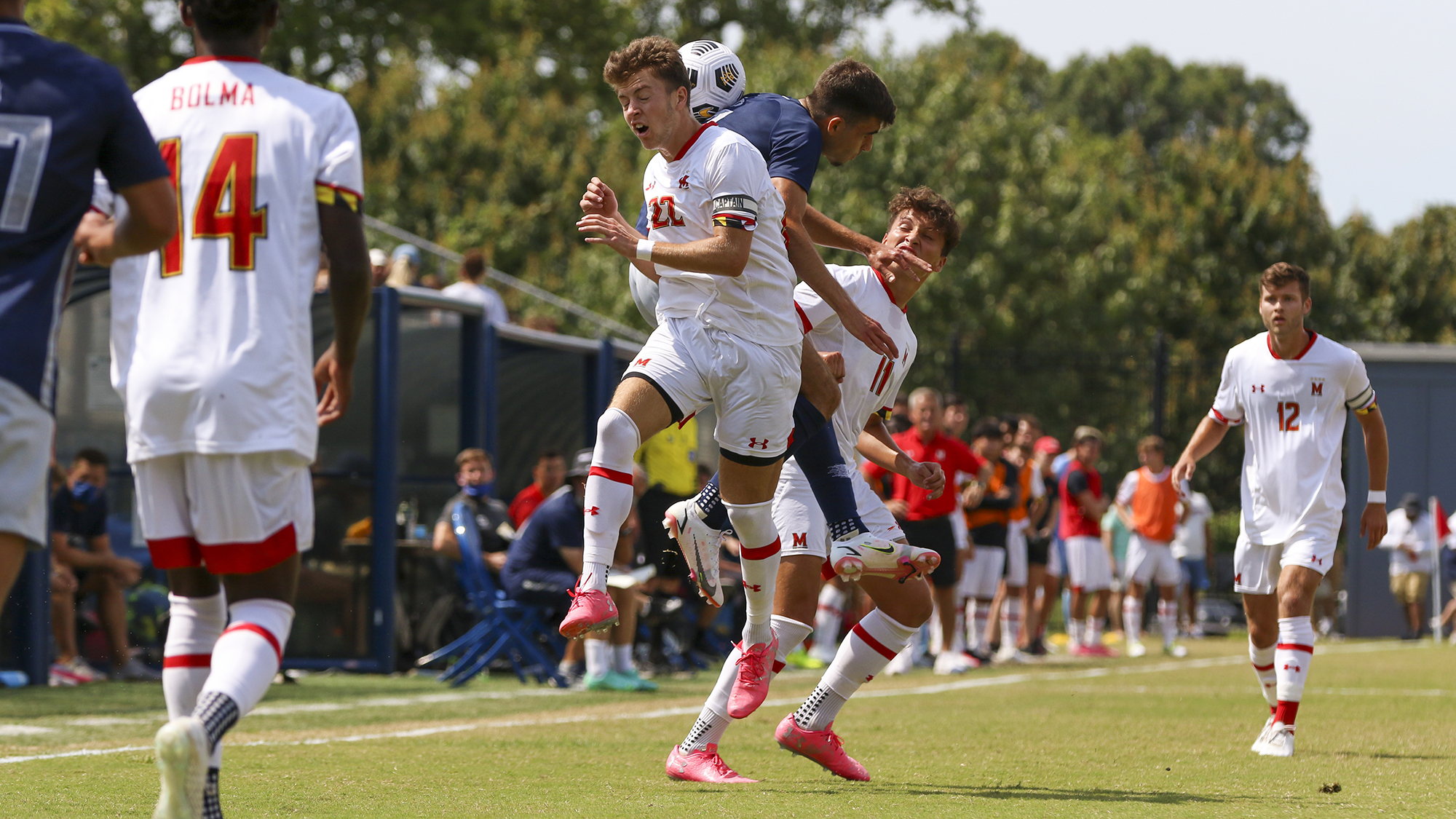 A golden scoring opportunity floated to multiple Terps within feet of the goal. Justin Gielen had it first, heading the ball off the right post. Flying back through the air, the ball came back to Brett St. Martin’s foot and netted easily.

St. Martin and his teammates celebrated their seemingly tying goal near the end of the first half until the referee intervened. He held his hand up in the air, called Maryland offside and deflated what would be one of the only legitimate scoring opportunities for coach Sasho Cirovski’s crew.

The goal that wasn’t was the difference in a tight match as Georgetown captured the 1-0 victory.

“I also felt like we had an equalizer there at the end of the half,” Cirovski said. “That would have been a very positive momentum swing for us but unfortunately was called … offsides.”

[No. 7 Maryland men’s soccer unable to score in frustrating loss to No. 1 Georgetown, 1-0]

The Terps’ offensive struggles remained the most telling part of the afternoon, being outshot 21-8. But it’s also worth noting Jamie Lowell’s five saves in goal and the resilience of a defense that bent plenty but never quite let the flood of scoring through.

Cirovski’s postgame statement that the game was “an early season measurement” also seems to ring true. Despite the loss, Maryland still has a full set of conference games ahead, and a powerful non-conference slate looks to have prepared the Terps after giving the country’s top-ranked team a fight.

Nonetheless, Maryland’s players and Cirovski echoed the same sentiment: They won’t take this loss lightly, and they’ll remember it as the season winds down.

“They just had our number tonight,” midfielder Malcolm Johnston said. “We’ll definitely see them later, and we’ll get the better of them.”

[Maryland eyes the peak of men’s soccer as it faces No. 1 Georgetown]

So while the Terps couldn’t leave Shaw Field proclaiming they were the new kings of men’s college soccer, they could leave it knowing their season is well intact.

And now, they have to do something they haven’t done all year: Paint over the regret of a filled loss column and focus their ire on racking up wins toward the goal of meeting the Hoyas in the postseason.

Maryland’s first step in that process is facing Michigan (2-2-1) at Ludwig Field Friday in its conference opener.

“We’ve got the players, we’ve got the skill, so I think we’ll just keep doing what we’re doing and come back next Friday,” defender Chris Rindov said.