Maryland eyes the peak of men’s soccer as it faces No. 1 Georgetown 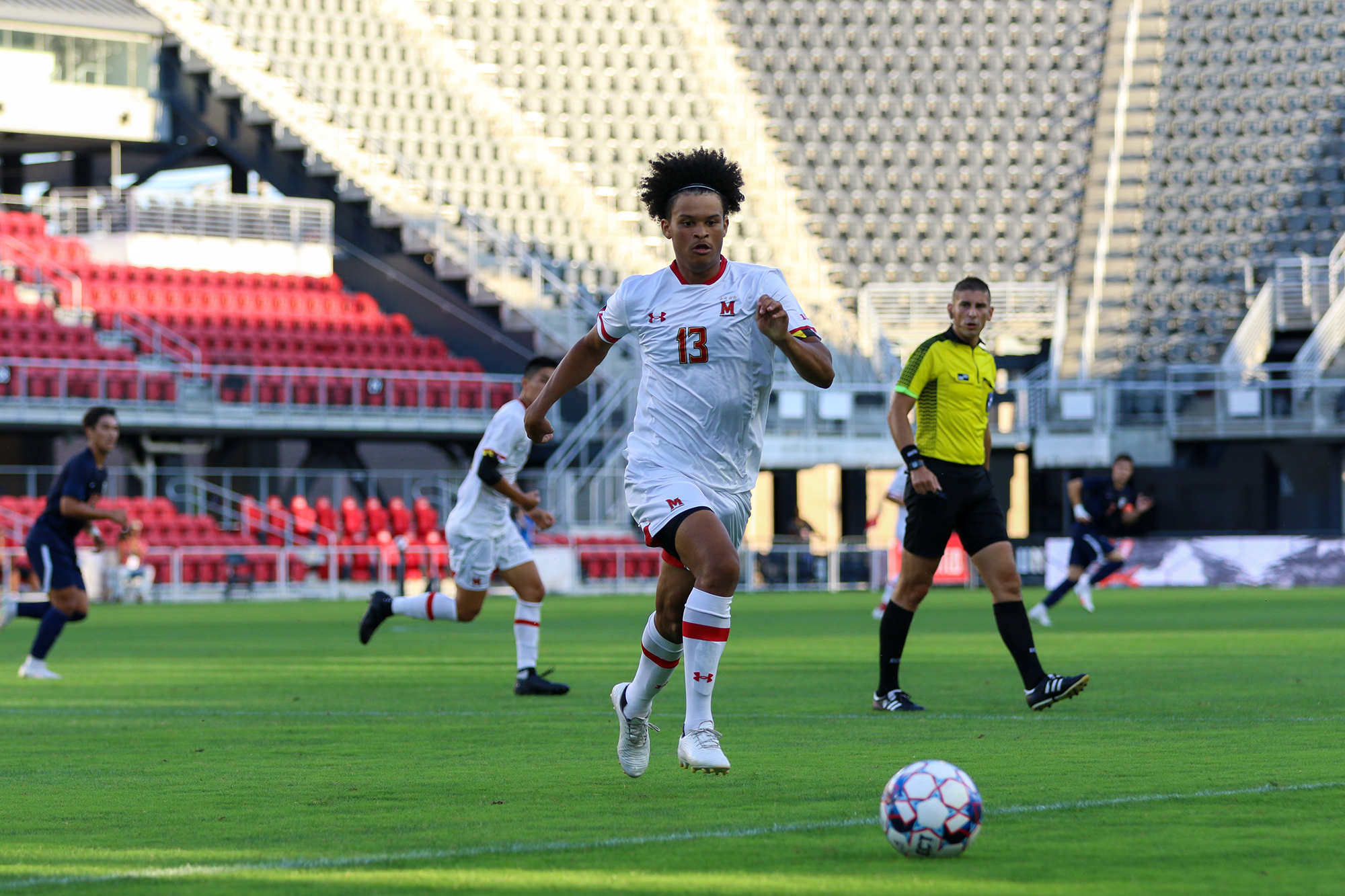 Every year, meaningful numbers take their place next to each team name according to national performance.

Some players might find themselves excited that their team finally has earned that meaningful number — a ranking. To the public, it might mean the difference in overall team skill.

To a men’s soccer program that has won four national championships, that number means nothing.

“Some teams may find themselves surprised by being in the top 25,” defender Brett St. Martin said. “But for us, it’s [the] expectation.”

No. 7 Maryland will take on No. 1 Georgetown on Saturday, a clash between two juggernauts. Beyond their rankings, both teams won national championships in 2018 and 2019, respectively.

The Terps already knocked off one storied program this week in Virginia. Now, they have to beat another formidable regional foe.

[In an unfamiliar position, Maryland men’s soccer fought back against Virginia]

With the titles now in the background, both teams will look to this game as a litmus test toward this season’s national title hopes.

“We knew Georgetown was going to be a contender for the national championship,” coach Sasho Cirovski said. “So whatever number they had beside them wouldn’t really matter.”

The sides are a combined 8-0 to start the season and have allowed just five goals in those games. The Hoyas have faced an easier non-conference schedule so far, defeating four teams with a combined record of 5-10-2. Maryland, meanwhile, has beat teams with a cumulative record of 7-5-2.

The difference in the clubs’ rankings largely lies in their 2021 spring season finishes. The Terps took a first-round exit against Missouri State, while Georgetown marched to the NCAA quarterfinals before losing to eventual national champion Marshall.

But in many early season matchups, surprises happen. Maryland’s Big Ten rival, Indiana, was knocked off the top spot after a humbling 3-0 loss to Creighton. A young season can quickly tear down one highly acclaimed team and replace them with another.

“It’s early in the year rankings,” Cirovski said. “There’s not enough body of work to do [the rankings] … once we get 10 to 11 games in, then those numbers start to really mean something.”

And now, the Terps will be tasked to tear the Hoyas down and replace them.

For a program that has been there before, the task is the expectation. But the goal remains the same regardless of their result against Georgetown, however telling.

“We know how good we are. We know that there should be a one [next to our name] by the end of the year,” forward Justin Gielen said. “Wherever it is in between, that doesn’t really matter.”