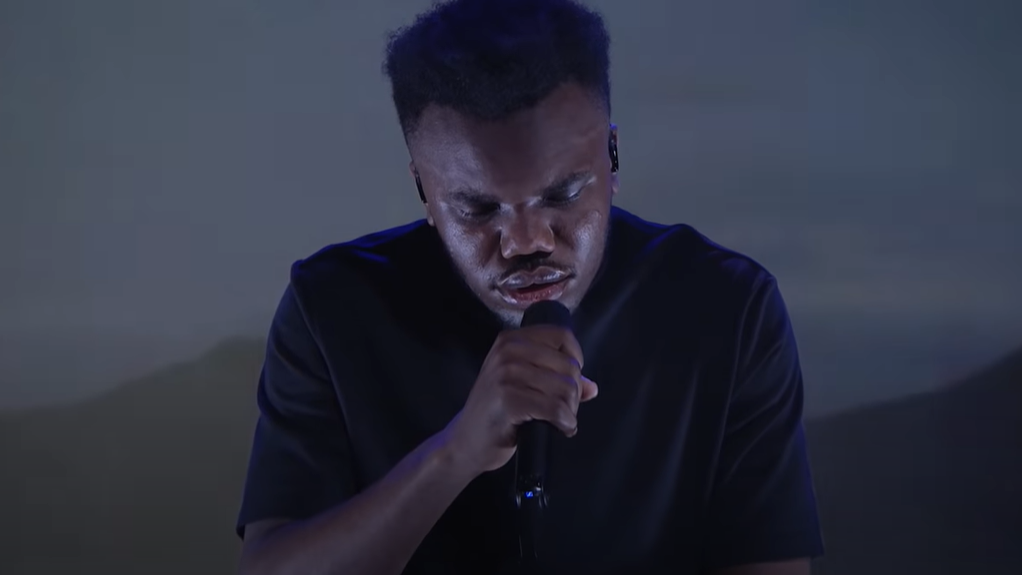 Baby Keem is weird. His high-pitched rap vocals skirt the line between art and annoyance. The only thing stranger than his bars are his dance moves, such as the jaunty, slow karate punch featured in his latest video “Family Ties.”

If I had to describe the 20-year-old artist to anyone, I wouldn’t use my own words — I’d use his.

Keem’s latest album The Melodic Blue is being released today. He announced the album’s release on Sept. 6 via Twitter accompanied by an album trailer on Youtube.

After listening to the artist’s past and new singles, as well as watching his newer videos, he’s absolutely right: Keem has taken all that unconventional energy and bottled it into a creative force that is flying right into the future of hip-hop.

The rapper grew up in Las Vegas with his grandmother — listening to an array of Black artists from previous eras — and as a child he knew he had uncles and cousins who were rappers. Unsurprisingly, their talents influenced Keem to start rapping and by 2018 he released the first EP that got any recognition, Hearts and Darts.

The project was clearly an experiment for Keem. He tried different flows, voices and beats throughout its six tracks. While the EP had some fun songs, it largely sounds like an attempt to copy other rappers rather than utilizing the unique talent Keem already had. However, the self-titled track, “Baby Keem,” is an early showcase of what Keem has to offer to the already packed rap scene. High-pitched vocals, a thick bassy beat and an effortless flow would eventually become staples of Keem’s style throughout the rest of his songs.

While Keem’s original EPs and his next singles were examples of his raw talent, they didn’t draw a lot of attention. It all changed with the track “Orange Soda,” which Keem dropped in 2019.

Keem sails over a bouncy beat best described as a trap ice cream truck. It sounds completely new and vibrant in the saturated world of hip-hop. The song and its accompanying video were a huge hit and currently stand at almost 225 million plays and 21 million views.

Not only has Keem’s music started to show more refinement and focus, but so have his music videos. I would hesitate to even call them music videos; they’re more akin to short films shot by an amateur director.

Each video shows beautiful attention to detail along with excellent cinematography and direction. While a lot of hip-hop videos can be reduced to filler, Keem’s are memorable and unique.

The “hooligan” music video features slow pans of Keem and a group of women, with the women lip-syncing his lyrics for a change. Meanwhile, “Orange Soda” is a dark and noisy look at a New York house party, with each shot worthy of getting printed and framed. The videos perfectly represent not only Keem’s dedication to the art but also his uniqueness.

“Orange Soda” shot Baby Keem up the ladder of the rap industry, where he’s been steadily climbing ever since.

Later in 2019, he released an album titled Die for my Bitch, featuring standouts like “Moshpit” and “Honest.”

In early 2021, Keem dropped his first featured song, inviting the talents of Travis Scott onto a track called “Durag Activity.” The feature brought some buzz, but it wasn’t until Keem’s latest track with rap legend Kendrick Lamar that Keem ended up in the sights of social media and headlines.

Keem and Lamar — who are cousins — combined their talents into a car thumping, fire breathing four minute track called “family ties” that sees Lamar and Keem at full throttle. With three separate beat switches and a whole dictionary of quotable bars, the track has brought Keem to the forefront of hip-hop just in time for his latest album, The Melodic Blue.

With features from Scott, Lamar and Don Toliver, it has the potential to be a classic.