Review: “The D’Amelio Show” is a tonally inconsistent mess 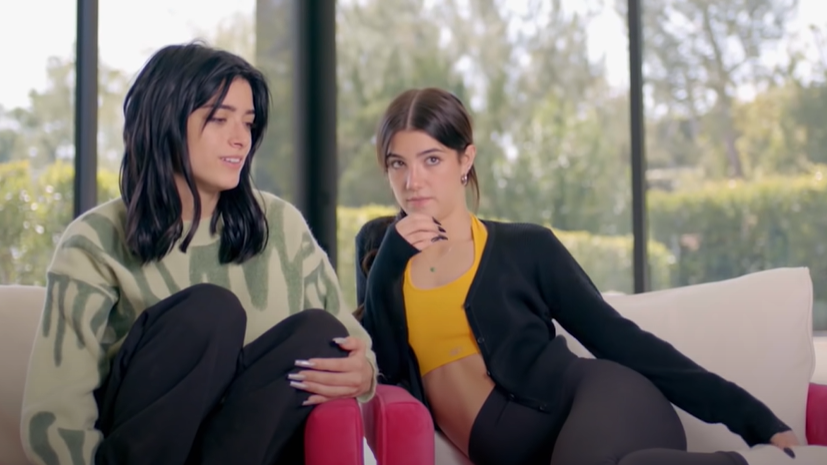 In The D’Amelio Show, there is a striking scene during the first episode in which Dixie D’Amelio, sister of TikTok star Charli D’Amelio, has a breakdown after starring in a video for Vogue. She sits on a bed and cries in front of her parents, telling them about the hateful comments she received. It is one of the most vulnerable moments in the show.

“It just makes me feel like I don’t deserve anything,” Dixie said. “I’m trying to do everything I can to better myself, and it just gets worse.”

Then, at the height of the scene, the episode ends with a cliffhanger.

Released on Hulu on Sept. 3 with eight episodes, the purpose of The D’Amelio Show is confusing. Hulu categorizes the show as reality TV, yet the series also presents itself as a serious docuseries about how fame has affected the D’Amelio family. But it falls short either way. The D’Amelio Show is a tonally inconsistent mess, painting a picture with missing pieces.

A comparison between The D’Amelio Show and Keeping Up with the Kardashians is easy to make at first glance. Both are about famous families and show the day-to-day activities they’re involved in.

Though The D’Amelio Show doesn’t feel as staged, there are many scenes obviously set up to serve the show, such as a hibachi dinner and a day spent at the pool where they all discuss their relationships with one another. Scenes like this are far too long and unengaging.

Character introductions and scene transitions also highlight the reality TV-ness of this show, introducing people by showing the number of followers they have on social media.

The biggest difference between The D’Amelio Show and Keeping Up with the Kardashians is that the latter seems to celebrate fame while the former magnifies its hardships. With close examination, the subject matter of The D’Amelio Show can be quite sad — it is about two teenagers given all the responsibilities that come with their celebrity status. For Charli, that means feeling distant from her best friend Gemma Huck and losing her passion for dancing.

“I always did have in the back of my mind, I think, that I wanted to be a professional dancer, but I don’t know,” she said in a testimonial. “That might not be what I want anymore.”

The show also tends to punctuate sad moments by covering the screen with hateful comments talking about the D’Amelio sisters, attempting to convey how overwhelming fame can be. But almost all the serious scenes in The D’Amelio Show are followed by stylistic transitions and unfitting music. These contradictory tones of reality TV and criticism of social media culture make the show difficult to watch.

The D’Amelio Show’s apparent goal of making fans more sympathetic toward celebrities isn’t inherently bad — but the series rarely discusses the celebrities’ pasts or gives much context about them.

[The Diamondback’s summer rewind: The best songs of the season]

The show takes time to briefly show how friendly Charli is with Chase Hudson, her ex-boyfriend, but it never mentions how Hudson had to apologize in the past for saying racial slurs or how Charli was accused of stealing dance moves from Black creators. The D’Amelio Show never tries to tackle the past because its only goal seems to be to tell a one-sided story in which the D’Amelios are just normal people thrown into fame. You are expected to either know this information already or remain clueless about it.

The D’Amelio Show is seemingly trying to be Keeping Up with the Kardashians for a new generation, as well as a docuseries about the plight of a family of rising celebrities. In the end, its poor execution and inconsistent tone made watching this show a tedious journey.