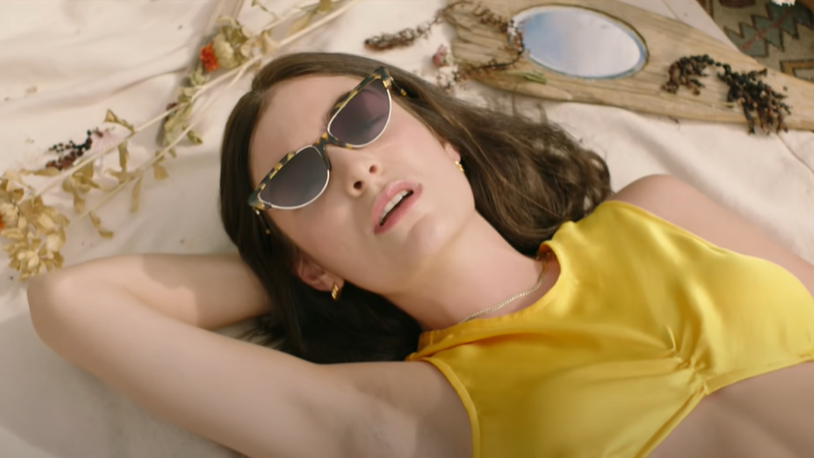 Lorde classifies Solar Power as her “weed album” but it is, frankly, a CBD album. It is not challenging. It does not create buzzes that shiver down your spine and skin. It does not make the smoke ribbons wave in the heavy summer air. It does not place you in a trance about the old lover you once had. It is simply put, chill — and there is nothing particularly wrong with that.

Go South. Go to Antarctica. Literally just calm the fuck down. Put your phone on grayscale so it’s less enticing. Go off the damn grid. Leave everything behind.

In a world of Afghanistan repeating the veins of Vietnam, water flooding the streets in the havoc of climate change and the millions of deaths from coronavirus, is it privileged to do that all?

Yup. But is it also nice to dream about doing such? Yeah.

Whereas her sophomore album, Melodrama, was a ruthless dissection of the transition to adulthood echoed to the roar of a tiger, Solar Power takes it outside (literally) to the simplicity of cicadas.

There is a deep beauty in this stripped back album — and there is also disappointment.

Lorde failed to deliver on a four-year long expectation, and therefore, succeeds in degrees of self awareness that most artists fail to do as they grow.

In “Dominoes,” she depicts a gaslighter conning his way to being a new age man who has traded heaps of cocaine for marijuana — a reminder that being a nontraditional man is not an exemption to toxic behavior that hurts women.

Without context, “Big Star” can be perceived as a love song, and it is — to her dog Pearl who died during the production of the album and whom she dedicates this body of work to.

It’s understandable why Lorde collaborated with Clairo, whose new album Sling was also dedicated to her dog.

Heartbreak, euphoria and angst are the themes of her first two albums. These are universal feelings people search for in the comforts of their playlists, but growth — which is represented by the constant sunlight motif — is something not everyone goes through, and therefore not something everyone is going to understand listening to this album.

Lorde describes the song “Mood Ring” as satire in a Genius Interview about the lengths people go to seek emotional stability. But can a white woman with so much wealth and power (as white women so often do) create a satire on something they benefit from?

Use crystals, take your vitamins, do sun salutation, get well from the inside. You too can find wellness … if you can afford it.

Weed is a constant prop used within the album. She “can get high, but only if the wind blows” in “Mood Ring” and feels strange seeing someone smoke marijuana in “Dominos.”

With the number of people in the U.S. who believe marijuana should be legalized doubling in the past 10 years and the rise of new age wellness, there is no surprise that there has been a capitalistic exploitation and racist double standard that white women have benefited from in the name of “wellness.”

While the stripped down core of her music has its strengths, her lyrics do not live up to the dynamics, and at times fail to deliver on the message of summer escapism, disdain of fame and sun adoration.

Perhaps I am taking an album that is not to be taken too seriously, too seriously, but in a world where I and other people cannot exist with such a mindset, perhaps it’s all for the better.