Review: “What If…?” fails to live up to its premise 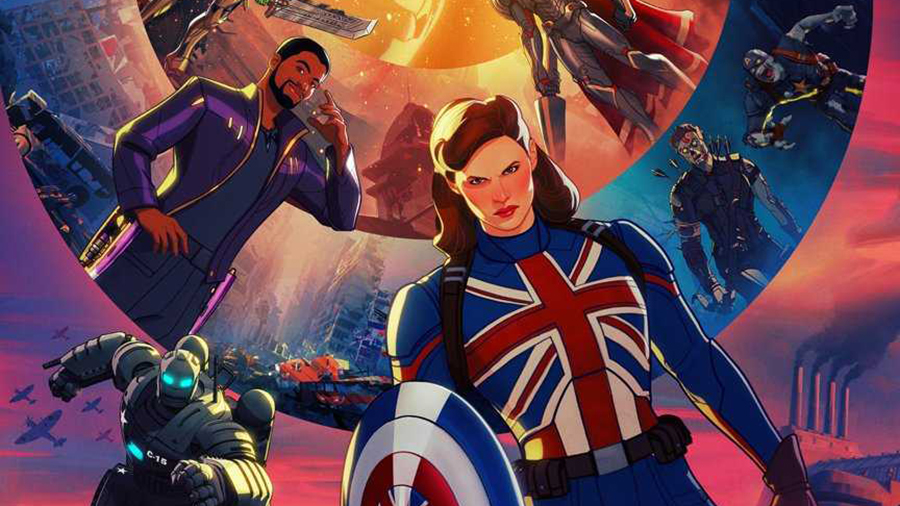 Marvel Studios’ animated show What If…? began streaming on Disney+ Aug. 11 and now has four episodes released. So far, it’s a mixed bag.

What If…? is an anthology series created by Ashley C. Bradley and set in the Marvel Cinematic Universe with episodes releasing every Wednesday. Each episode explores alternate timelines and how events of the MCU would have occurred if something happened in a different way. At its best, What If…? can portray worlds of endless possibilities and at its worst, it repeats what we’ve already seen.

“What If… Captain Carter Were the First Avenger?” is the first episode of the series and is centered around the story of Captain America: The First Avenger. Peggy Carter replaces Steve Rogers as the recipient for the super-soldier serum, establishing a new timeline.

Other than the provoking incident, there is nothing unique about this episode. It follows a very similar story as the movie it’s based on but condenses it into roughly 30 minutes. The first Captain America movie was already a flawed story that relied on simple characters and multiple montages. Rather than fixing these issues, the episode exaggerates them, relying even more heavily on montage and even using some of the same shots from the original movie. The only aspect that makes the episode unique from its source material is the animation. However, due to the lack of creativity in its premise, it’s almost not worth watching.

The second episode titled “What If… T’Challa Became a Star-Lord?” focuses on a scenario in which the Ravagers kidnap T’Challa instead of Peter Quill, and the prince of Wakanda becomes Star-Lord.

Unlike the previous episode, this one tells a new story and doesn’t rely on either Black Panther or Guardians of the Galaxy. Instead, it mashes the two movies together. We are shown a situation where T’Challa reforms the Ravagers into a group of vigilantes, convinces the villain Thanos to change his ways and makes the galaxy a better place. The inciting incident of the episode leads to real consequences. While the first episode simply remade a movie with a different protagonist, the second gives its audience something unique.

“What If… the World Lost Its Mightiest Heroes?” is the third episode and explores a plot in which all of The Avengers are killed before Nick Fury recruits them.

There is a lot of potential with the premise of this episode, but the execution of it is similar to the first. We are shown scenes and repeated shots from the early MCU movies with the exception that the heroes die inexplicably. There are barely any clues given to the audience about what caused The Avengers’ deaths, and the reveal of the murderer at the end feels nonsensical. The murderer’s motivation doesn’t explain why they would have targeted The Avengers. The incident that sparked the new timeline is told to be something that occurred before the episode, so the story ends up being about the consequences of a tragedy we never get to see.

“What If… Doctor Strange Lost His Heart Instead of His Hands?” tells the story of what would happen if Stephen Strange pursued magic because of the death of his girlfriend, rather than hand injuries.

The fourth episode is similar to the second because it tells a new story instead of retelling an old one. This episode is dark and depressing as it follows the journey of Doctor Strange becoming his own villain. The visuals are also striking, especially as he absorbs creatures for their power and drastically changes in appearance. Excellent animation is a consistent positive in all of the episodes, but it is best in the fourth episode.

At the moment, What If…? is inconsistent with the quality of the episodes. Two of them tell unique stories while the other two rely on constant references to previous movies. We can only hope the following episodes will be as creative as the show’s premise entails. A commonly stated problem with MCU movies is that many of them can be seen as formulaic. If Marvel Studios’ What If…? is going to have more seasons in the future, then it needs to break the mold and create its own identity.