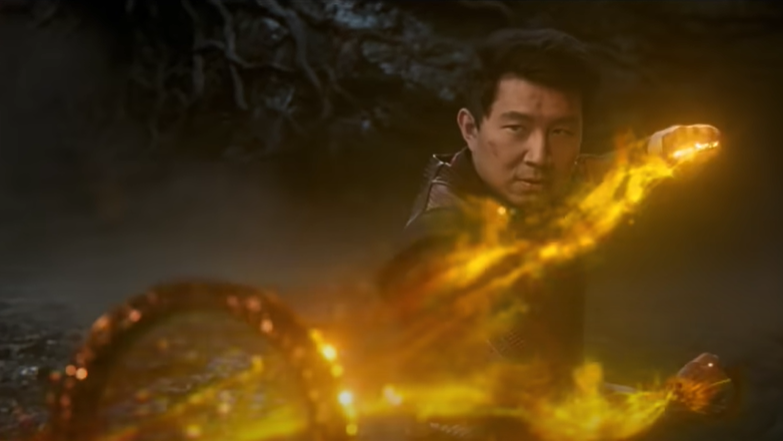 The latest installment in the Marvel Cinematic Universe’s Phase 4, Shang-Chi and the Legend of the Ten Rings, introduces a new direction for the universe and ties up loose ends.

Shang-Chi, played by Simu Liu, goes by Shaun in the start of the movie and works as a hotel valet with little direction. His best friend and reliable comic relief Katy, played by Awkwafina, rightly pokes fun at him for the low-effort name change he made at 14 when he fled from his father.

On its face, Shang-Chi, released on Sept. 3, is a superhero movie cut out of the origin story mold. And for the most part, it meets those expectations, but it thrives in fight scenes and villainy.

“There’s action sequences that you can describe as beautiful and elegant and emotional,” said writer and director Destin Daniel Cretton in a panel on Marvel’s Instagram page.

The degree to which the fight scenes are used to further the characters and story feels like a divergence from MCU standards. Marvel fans are used to grand battles with hard-hitting heroes delivering devastating blows, but Shang-Chi is full of gripping action that wants to tell a subtle story in each motion.

The titular hero’s father, Xu Wenwu, is a near-immortal warlord portrayed brilliantly by Tony Leung Chiu-wai. Wenwu meets Shang-Chi’s mother Ying Li, played by Fala Chen, and the two fight gracefully near the entrance to the extradimensional village of Ta-Lo, where Wenwu seeks to expand his legacy of conquest.

Mere seconds into the fight, it becomes clear that the villain, empowered by the 10 rings, is surprised not only that Ying Li can easily defeat him, but that the affection he already found for her has defeated his desire to win. The melee is interspersed with stolen glances and knowing smiles, as if the movie takes a break from being a superhero flick to explore La La Land.

This first dance shows how the ruthless conqueror was truly enamored — and saved from himself — by the mother of his children, giving his return to organized crime and role as principal antagonist a tragic sting. Leung plays a villain who has lived many lifetimes as a power-hungry kingpin, and the resulting wisdom, ruthlessness and heartache come through in every moment of his performance.

[Most remixes are just an artistic cop-out]

That is the first fight scene in the movie, which sets the bar high. Then the audience is served an electrifying fight on a San Francisco bus when Shang-Chi is ambushed by a group of assassins sent by Wenwu, lead by the goofily and accurately named Razor Fist, played by Florian Munteanu.

There is also a gargantuan fight between a dragon and a Cthulhu-esque soul-eater, complete with some Shadow of the Colossus visuals following Shang-Chi and his sister Xialing, played by Meng’er Zhang, as they scale the goliaths.

Perhaps more exciting than that is the return of Ben Kingsley to the MCU as Trevor Slattery. Slattery was a struggling actor hired by the villain in Iron Man 3 as the public face of a terrorist organization. Shang-Chi establishes that he was playing a front for the Ten Rings, Wenwu’s international network of assassins, spies and the like. Slattery has apparently been a sort of court jester for Wenwu while the 16 movies between his appearances were preparing for his triumphant return.

The film shares many similarities with previous Marvel flicks, some of which serve to bind it to the existing world and some that come off as derivative.

Shang-Chi arrives with Katy at a fight club run by Xialing. Wong, played by Benedict Wong, is seen fighting Abomination in a cage match. The famous Hulk villain hasn’t been seen since The Incredible Hulk in 2008 before Mark Ruffalo replaced Edward Norton as Bruce Banner. Tim Roth returned as Abomination for Shang-Chi, which seems to suggest that the Hulk solo film is canonical.

Shang-Chi is tricked into fighting following his now-viral bus brawl, and his opponent surprises everyone but the audience. It’s Xialing, and the next words out of his mouth are not, “We know each other! She’s a friend from work!”

Shang-Chi is capped with a sort of introduction to herodom from Banner, who tells Shang-Chi, and Katy for some reason, “Welcome to the circus.”