College Park band T.M.M. reflects on the journey to their third album 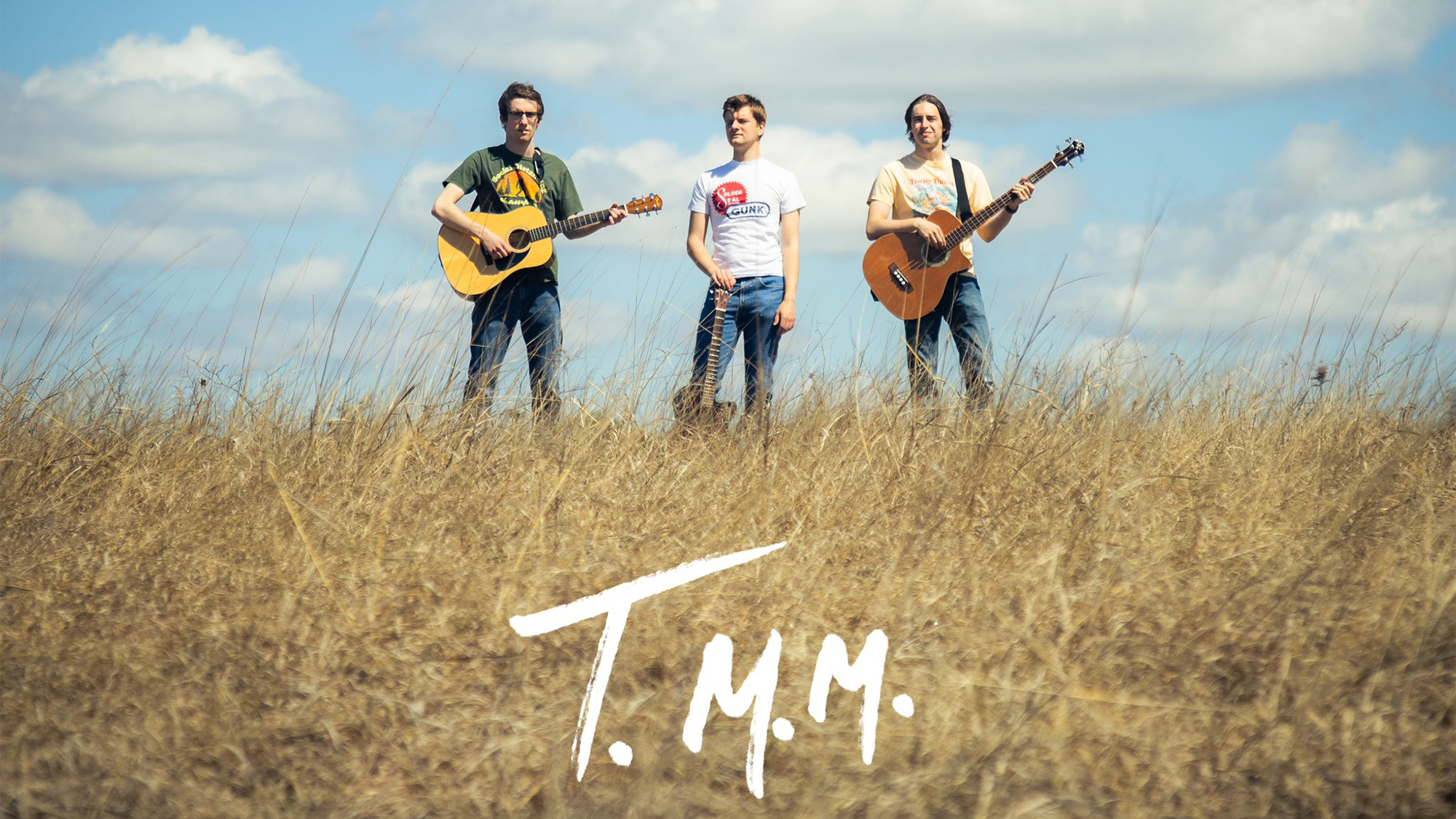 “If you thought we took a long time with the second album, we took even longer with this one,” bass guitarist Matt Vorsteg said.

Freedom School, the band’s third and possibly final album, comes out on Friday.

T.M.M. is a band specializing in “dad music,” formed by University of Maryland alumni Tim Henderson, Matt Graber and Vorsteg when they met in Prince Frederick Hall in the fall of 2017 during their freshman year as part of the Design Cultures and Creativity program.

Originally created for a radio show the group tried to make, the band name could either stand for “Tim, Matt and Matt” or “Too Many Matts.”

Writing for Freedom School began as far back as the summer of 2019. Vorsteg said the band focused on writing most of the songs during the fall of the same year. They spent the spring of 2020 practicing the music. The songwriting had become more complex than they were used to in the past.

“We needed to actually get our act together before we could sit down and record it, otherwise it wouldn’t do it justice in our eyes,” Vorsteg said.

The coronavirus pandemic also prevented the band from using the Design Cultures and Creativity sound studio they had previously depended on. They considered recording the album in an apartment bathroom, but gave up after multiple issues.

John Ball, a physics alumnus and the band’s producer, said he almost expected there would never be a third album.

“The third album was almost mythic,” he said. “The entire junior year, there was no new T.M.M. music [recorded] at all.”

The band eventually decided to record the songs they wrote in spring 2021. They did all the recording during three weekends of six to eight-hour days. Ball said the band used three microphones that consisted of one bought from eBay that smelled like cigarettes but worked well, a cheap small-diaphragm pencil condenser and Vorsteg’s microphone designed during the 1950s.

“I’m so glad that we pushed through,” Ball said. “It ended up being quite a bit. I would not recommend doing eight hours of recording if one does not have to.”

Freedom School is meant to be a throwback to how T.M.M. used to write songs while still showing the experience the band has gained.

Songs of Life and Living, released in May 2018, was the album that began their music career. It featured their signature “dad rock” vibes, with cliche chords and an easy listening feel.

“A good way to understand T.M.M.’s music is they try to make the type of songs that your dad would show you and want you to enjoy,” Ball said.

The band began to expand its sound on its second album In Search for Something New — released on Aug. 23, 2019 — by adding other song styles and getting more serious with certain tracks.

Vorsteg said the biggest difference between the first album and the second is the production value.

“John [Ball] really, really stepped up his game,” he said. “As well as all of us stepped up our musicianship.”

Ball described the first album as fun, but rushed. The band took more time with their second album and used the Design Cultures and Creativity sound studio.

From Songs of Life and Living, “Work Song” was the most notable track because it was one of their first songs and was played during their few live performances.

“That was written the night that we formed the band,” Graber said.

Freedom School connects to the past two albums in several ways. The new songs are similar to the first since the pandemic limited all their resources. Yet, there is still experimentation with new genres including funk, Henderson said. There will even be a sequel to the first album’s song “9 A.M.” called “Afterlife Song.”

Despite fewer guest musicians on the new album, the band is excited about Ball’s inaugural feature with the band on a song called “How’d We Get Here.”

The album’s name, Freedom School, comes from a school called Freedom Elementary School. Ball said the symbolism of the title to him represents the feeling of leaving college and being on your own.

“It is sort of the ending of a lot of formal education,” he said. “Now you’re in the school of freedom … The only thing that is schooling you is your freedom.”

The album has a sense of finality — this may be the last time the band will be able to record an album. After graduating in spring 2021, the members of the band have gone their separate ways.

However, the end of T.M.M. will not mark the end of their music careers.

“Hopefully, we will stay in touch and continue to support one another’s musical projects,” Ball said.

T.M.M. hopes its audience will be able to hear the amount of care, time and love that was put into this album.

“Take us seriously but don’t take [us] too seriously,” Graber said.

Freedom School will be available on Spotify, Apple Music, Amazon Music, YouTube and other streaming services this Friday.