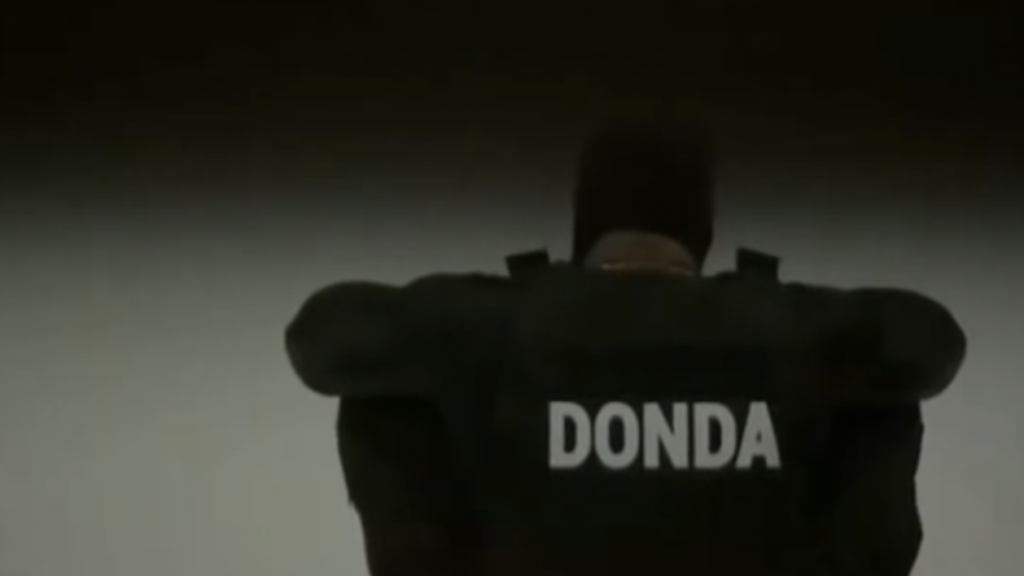 The album is buried in as much controversy as its erratic creator. Fans first caught wind of Donda’s possible release via a Nike commercial that aired during the NBA finals, which marked July 22 as a listening party at Mercedes-Benz Stadium in Atlanta. That night came and went without the album dropping on streaming services. I stayed up until the early hours of the morning, waiting in vain.

What followed over the next five weeks involved two more listening parties, possibly the most expensive real estate in the world, levitation, $7 million in in-person merch sales, a replica of West’s childhood home, Kim Kardashian and self-immolation, but not Donda. Then, randomly, around 8 a.m. EST on Sunday, the album was finally given to fans worldwide. Even now that the album is out, the controversy isn’t over — DaBaby was mad, Chris Brown and Soulja Boy were mad and West himself posted on Instagram that he didn’t even approve the album’s release.

West’s 10th studio album earned nearly 100 million Spotify streams in its first day, second only to Drake’s Scorpion — although Donda would hold the title had it been released at midnight, according to UPROXX. Donda broke the record for hitting No. 1 in the most countries on Apple Music, according to Chart Data.

[Halsey’s newest album is about the power of motherhood]

Though it is difficult to pick favorites on such a stacked album, three tracks truly stood out. “Off The Grid” features a high energy trap beat and stellar verses from each artist. Guest rapper Playboi Carti simply drips with swagger. The beat switches from trap to drill, and then Fivio Foreign dominates. West takes over and delivers my favorite flow from him off the album.

“Believe What I Say” has a beautiful instrumental, complete with a Lauryn Hill sample and funk bass line. An instant classic can also be found in “Hurricane,” with unforgettable performances from Lil Baby, The Weeknd and West.

Though “Donda Chant” has a slightly jarring opener, the album excels in the first half and trails off during the second. West’s toned-down, slower rhythms on this project greatly contrast the percussion-heavy work of his previous discography. During tracks such as “God Breathed” and “Ok Ok,” I felt left waiting for a beat drop that never came. West builds up all this energy with intense, distorted bass lines, yet never seems to give the listener the sonic catharsis of a breakdown.

Still, that’s nitpicking. The production is of the highest degree. The consistent use of organs emphasizes West’s devotion to his Christian faith and gospel influences. Samples weave in and out of traditional instrumentation and digital sounds. Distortion, reverb, dissonance and beauty all sound right at home together in West’s newest masterpiece. He is back to pushing the cutting edge of the genre, and it sounds incredible. “No Child Left Behind” is simple in its exquisiteness, a shining example of West’s idiosyncratic art. Overall, the album’s instrumentals are mature, refined and engaging, without distracting from the vocals.

Mirroring its gospel-infused sounds, Donda is lyrically saturated with Christian allusions. The album is also completely lyrically clean, somewhat of a rarity in the genre. Named after his late mother, West spends considerable time on the album paying tribute to her and introspecting on his life’s journey. Currently, West is rapping at peak form.

The real gem of this project is its features. Donda boasts an impressive array of verses from some of the best in hip-hop and beyond. Roddy Ricch and Young Thug deliver iconic vocal performances, dipping between singing and rapping; Playboi Carti raps at his best on three songs, hot off Whole Lotta Red; Griselda Records artists Westside Gunn and Conway the Machine tear up the beat of “Keep My Spirit Alive.”

West’s last three projects ran under a half hour, but Donda is a hefty hour and 48 minutes long. As a principle, I’m opposed to an album as long as a movie, though West is likely the only one who could pull it off. However, it’s clear the album needed some editing. There are many spaces that seem unnecessary and that could’ve been cut to shorten the runtime. I find that each of the “pt 2” songs don’t bring anything worthwhile to the project whatsoever. There are also areas on individual songs that could’ve been trimmed while still maintaining quality, such as the repetitive verse on “Praise God.”

Though not West’s best work, it’s certainly up there, despite its flaws. Only Ye could create Donda. It’s truly exciting to see an established, bonafide one-of-a-kind talent blossom in new ways, and he continues to prove his place among the greatest to ever do it.