Halsey’s newest album is about the power of motherhood 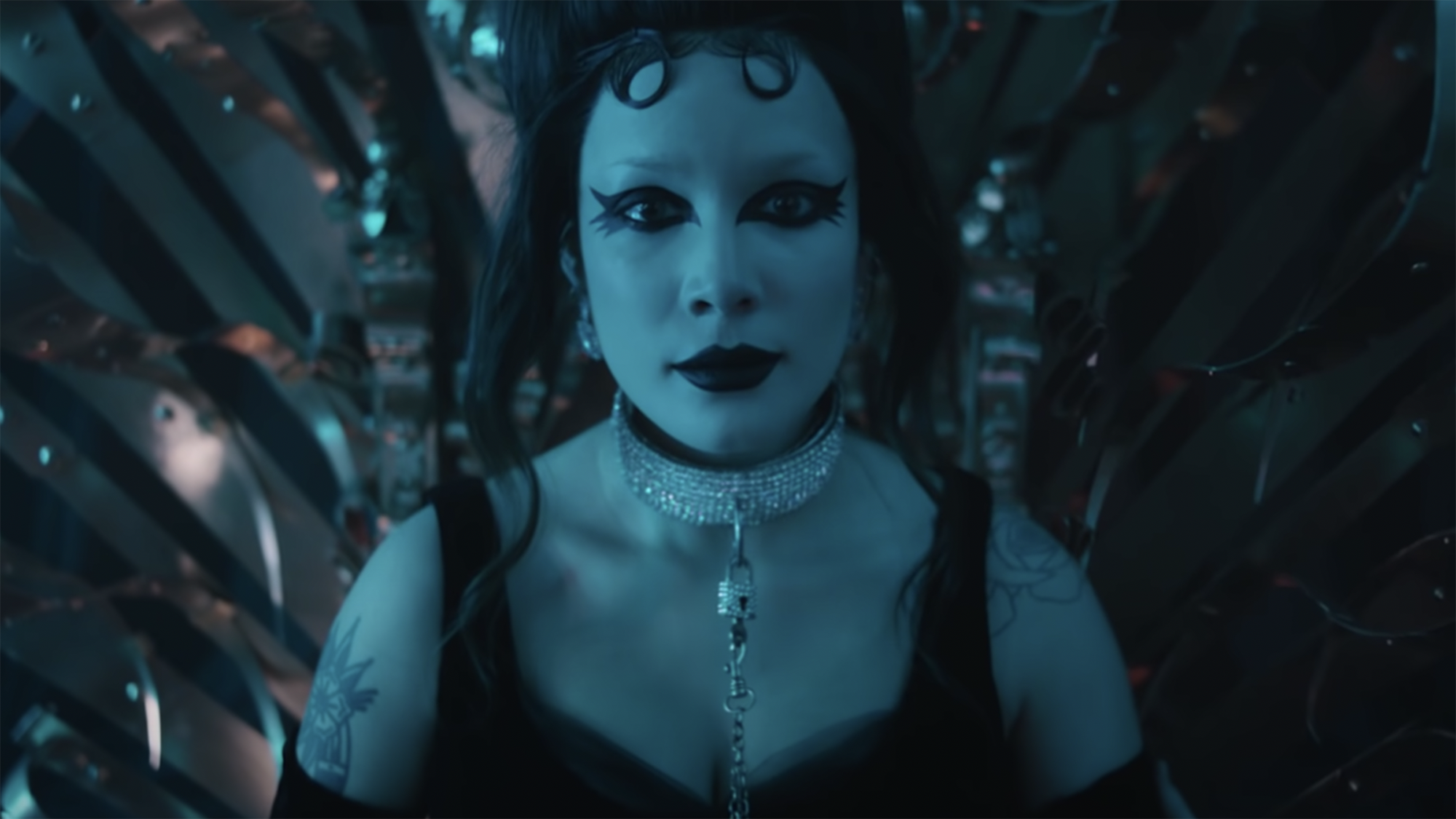 Halsey released a medieval-themed trailer on July 13 as a way of announcing the IMAX film accompaniment to her upcoming album If I Can’t Have Love, I Want Power. The trailer reveal was followed by another announcement about 6 days later — the birth of their baby.

She said her album will be about the “joys and horrors of pregnancy and childbirth.”

Halsey said “pregnancy has leveled my perception of gender entirely,” in a February Instagram post. “My sensitivity to my body has made me hyper aware of my humanness and that’s all.”

Their cover art for the new album rocked the internet with its unashamed display of womanhood and confidence, as she holds a baby with her breast exposed.

“It was very important to me that the cover art conveyed the sentiment of my journey over the past few months. The dichotomy of the Madonna and the Whore,” they said. “The idea that me as a sexual being and my body as a vessel and gift to my child are two concepts that can co-exist peacefully and powerfully.”

[Clairo’s ‘Sling’ bores, devoid of her usual flair and creativity]

If I Can’t Have Love, I Want Power will be released on Aug. 27, and tickets for the IMAX showing and Halsey’s upcoming tour are available now. Just over a year and a half after her previous album Manic, this will be her fourth studio album. In anticipation for the new album, I explored their previous albums to see what’s in store for Halsey fans this month.

Halsey’s honesty is one of the reasons they’re one of my favorite artists and celebrities. I don’t usually take kindly to people tokenizing the use of words related to mental health, but Halsey’s personal experience with bipolar disorder and manic episodes lends itself to the creation of Manic.

This album takes a softer approach than some of her previous work. “Without Me” is a stand-out song, catchy, acidic and vengeful. “929” is a favorite of mine: a vulnerable ballad showing us who Ashley Frangipane, professionally known as Halsey, really is.

Halsey contemplates spirituality and sexuality in Manic, exploring the burden codependency and toxic relationships put on them.

The lyrics “it’s funny how the warning signs can feel like they’re butterflies,” pack a punch from “Graveyard”—  and her stripped, acoustic covers on this album are also lovely.

You also start to see early themes of them wanting to be a mother, especially in “More” when she sings lyrics such as “wooden floors and little feet” and “wonder will we ever meet?” Halsey has been honest about her endometriosis that has led to multiple miscarriages, including one on stage.

Halsey is a master storyteller and incredible at bringing in themes and motifs throughout their projects. The song hopeless fountain kingdom places listeners in a Shakespearean drama, heavily pulling from the classic Romeo and Juliet.

She recites the prologue to the play in a song titled “The Prologue” and retells the story in a high production blue-tinted dystopian music video for her song “Now or Never,” pulling from the 1996 retelling of Romeo and Juliet with Leonardo DiCaprio.

The video is sequeled by “Bad At Love,” which follows her on the run as she’s separated from her lover. The song showcases the fast-paced, witty nature of their album that meshes pop-punk and electronica so well.

Halsey has never been afraid of acting in her own music videos, and this album shows just how important the visual additions to her songs are. I think we’ll see more of this in their upcoming album’s IMAX showing.

This album was the beginning of Halsey’s narrative storytelling. It takes us back to her roots and shows how she struggled in her 20s with unhealthy relationships.

In many songs throughout their career, Halsey explores who “Ashley” really is. Her debut BADLANDS is certainly her origin story and gives us a glimpse at her life before infamy, including homelessness, abusive relationships and poverty. The album draws heavily from their EP Room 93.

The song “New Americana” introduced us to a punk-rock dystopian society. “Ghost” is her breakout song, and the blue hair prevalent in her BADLANDS era reminds us she got her start on Tumblr.

Halsey shows us vulnerability and a feeling of powerlessness in these lyrical stories — not to mention their musical range.

“You were red and you liked me ’cause I was blue / But you touched me and suddenly I was a lilac sky and you decided purple just wasn’t for you,” they sang in “Colors.”

I anticipate we’ll hear more about the strong person that came out of these hard situations in Halsey’s upcoming album. Themes of loss, loneliness and distance have been prevalent throughout their albums, but now I feel like we’re entering into a period of self-discovery and reckoning.

After all, when she couldn’t have love, she got power.