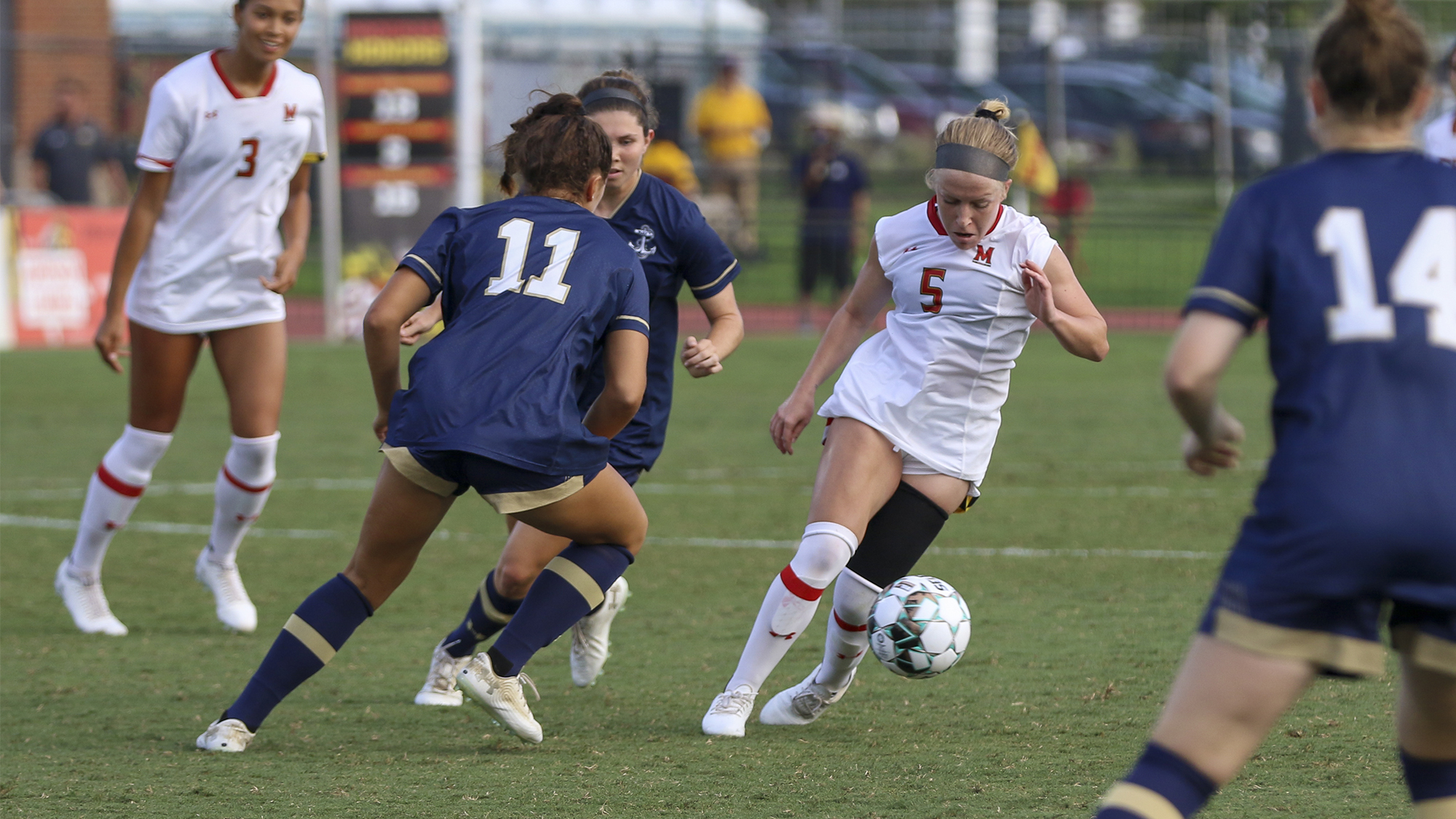 After dropping its first game of the young season, Maryland women’s soccer wants to bounce back Thursday against George Washington. To do that, the Terps will have to lean on a possibly shorthanded attack.

Forward Alyssa Poarch has missed Maryland’s last two matches, and it’s unclear when the graduate forward will be able to return to the Terps’ front line. Even with her absence, Maryland has been able to generate chances, creating 28 shots across the past two games against Richmond and Navy.

“I think it’s been a complete turnaround,” Hope Lewandoski said. “Our mindset’s just been different … I think we’re building a really great chemistry up top. Maybe that was something that we missed last season.”

Though Lewandoski and her teammates have been pleased with how the Terps have been connecting, there’s still work to be done.

Maryland’s finishing has been particularly disappointing lately, especially against the Midshipmen. The Terps registered 19 shots against Navy, but only had one goal to show for it in their first loss of the season.

While coach Ray Leone is happy with the amount of chances his team is creating, he’s hoping they can capitalize on them more often.

“We need to be more efficient around the top of the box,” Leone said.

Still, Maryland has seen better play across the board in the season’s early games.

Part of that is thanks to a fully recovered Lewandoski, who returned to the fold last week after undergoing knee surgery this past spring. The midfielder notched 47 minutes across her first two games as she begins her return to 100 percent.

“[Rehab] definitely was truly a grind,” Lewandoski said. “I had a summer internship, so I was waking up at 6 a.m. or 7 a.m. every single day, going to rehab and then going to work.”

That hard work has paid off, with Lewandoski returning to game action before conference play, initially thought to be her earliest possible date of return. And she couldn’t be happier to be back out on the pitch.

“This is it for me, this is my fifth year,” Lewandoski said. “I’ve been here for forever now, it feels like — but I just obviously want to make the most of this last season, and that means being on the field.”

That journey forward continues Thursday against the Colonials. The Terps are 10-6-4 in their history against George Washington, but have never lost to the Colonials at Ludwig Field, boasting a 6-0-1 record.

As long as Maryland keeps up the attack, that mark could remain unblemished.

“[We’ve had a] good mindset, good soccer. It’s an attacking kind of team, which is very exciting for anybody involved in the program,” Leone said. “You want to see goals, you want to see excitement. I think that it’s been a good start and it’s good work ethic from the group.”