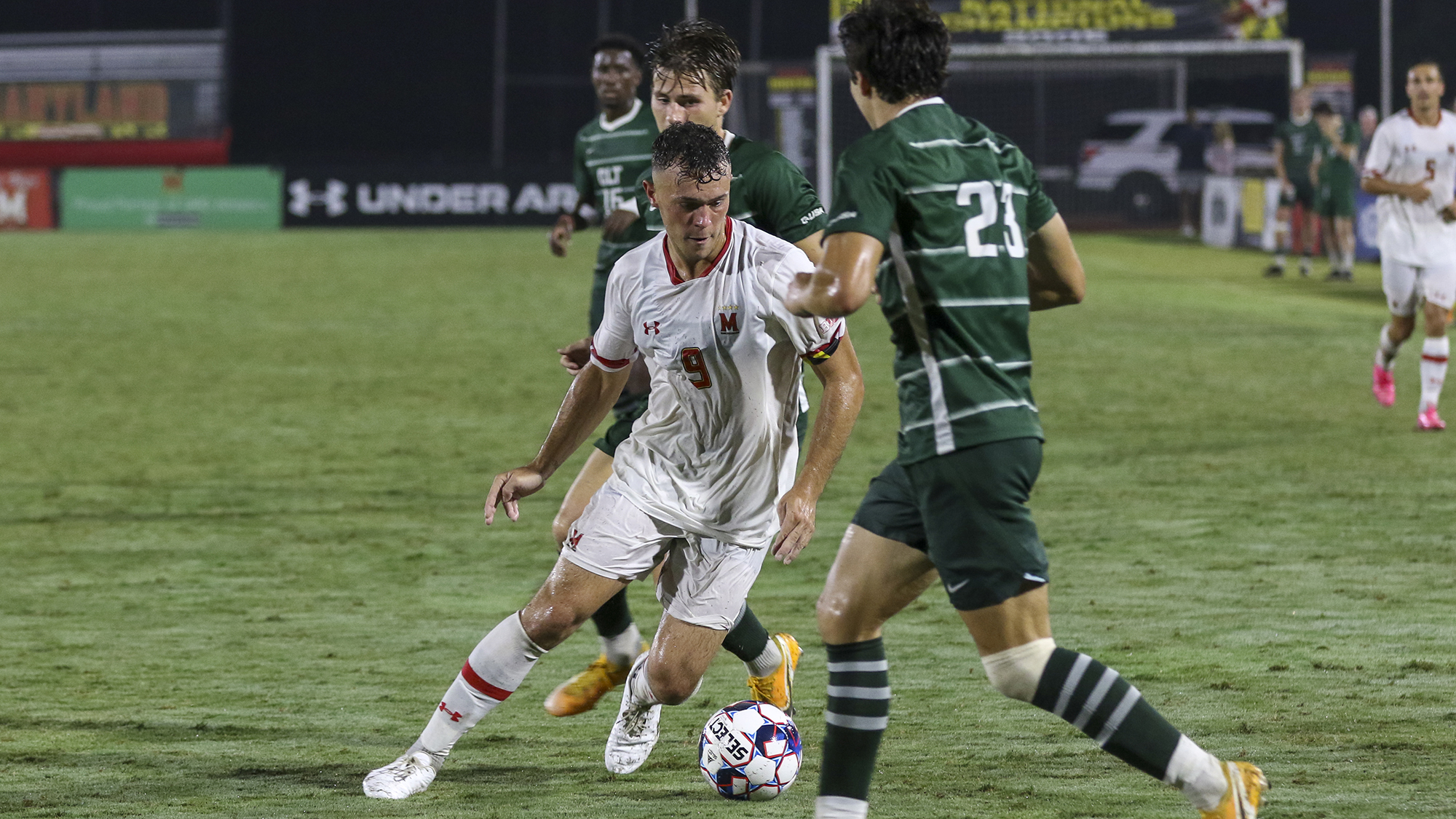 Maryland men’s soccer was caught in the blind celebration of a 4-1 lead in the last 10 minutes of their match against UMBC. And they were sliding.

The Terps scored goal after goal, then all of a sudden, they backpedaled — their lead had quickly evaporated with five minutes to go. Coach Sasho Cirovski quickly put in the rest of his starters after trusting his bench with a three-goal lead.

Thankfully, their leading players did the job.

A furious last-minute push by UMBC to send the ball downfield was for naught. Maryland’s defense held, and their record remained unblemished. While the defensive blunder may not be overly telling of the Terps’ squad as a whole, it may provide more insight into one obvious position group: goalkeeper.

[Maryland men’s soccer rockets up rankings to No. 11 in coaches poll]

While Niklas Neumann likely was put into a bad spot with several starters on the bench, allowing two goals in less than five minutes is a notable breakdown. Jamie Lowell managed a spotless performance in their opener against ranked Charlotte even though the 49ers hardly budged Maryland’s defense.

After Neumann’s slip, Cirovski may stray from Neumann and more toward Lowell at the goalkeeper position. While he has had a hardline stance on the two being rotating starters for the next few games, he relented slightly and said he’ll see if they separate over their next few match-ups.

“I feel both Jamie and Niklas are starters,” Cirovski said. “We rotated for the first two games and we’ll probably do that for at least the next two games, and then we’ll see if there’s a little separation.”

Cirovski is giving both goalkeepers a shot to prove themselves in the early goings of the season. But time and more shot attempts will tell if someone takes the starting job.

With a match against George Mason on the horizon, Lowell likely will get the start at home. And the Terps’ local rival shouldn’t be underestimated. The Patriots drew ranked Penn State in its home opener and most recently beat Furman in overtime.

While a few wrong kicks here and there could have resulted in George Mason being a winless team, the Patriots have survived through plenty of adversity so far — adversity that the Terps hadn’t quite experienced until those last 10 minutes against UMBC.

Maryland men’s soccer is at an early crossroads.

After surrendering two goals in the second half against UMBC, Cirovski’s defense will need to find the moxie they showed in their opener against Charlotte.

“We have all the right pieces to do something special here,” defender Nick Richardson said. “We have great goalies, an experienced defense and some really good attacking players. It’s just a matter of us going out and focusing on what we need to do.”