Maryland men’s soccer rockets up rankings to No. 11 in coaches poll 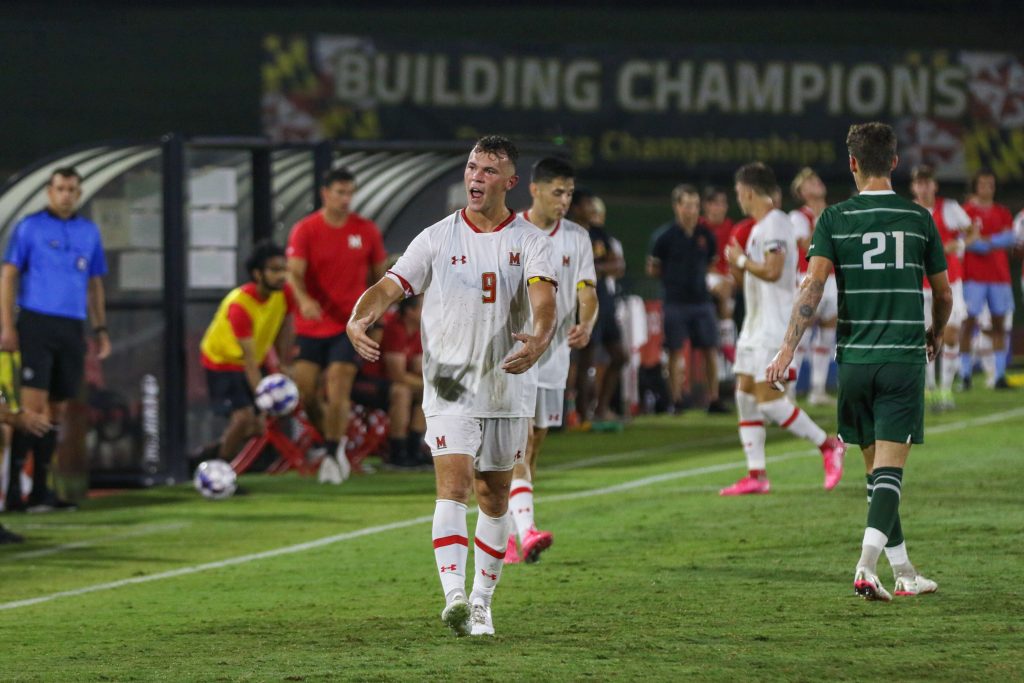 After two regular season games, Maryland men’s soccer is now considered one of the top teams in the country.

Sasho Cirovski’s squad came in at No. 11 on the United Soccer Coaches poll, jumping up the rankings after being unranked in the preseason. The Terps are ranked above fellow Big Ten school Penn State at No. 17 but below No. 1 Indiana. This is Maryland’s highest ranking since coming in at No. 3 in September 2019.

The move comes after the Terps beat then-No. 18 Charlotte in their home opener, 1-0, and UMBC, 4-3, in a dramatic contest Sunday night. In the preseason, Maryland also turned heads by beating No. 3 Pitt, 2-1, in an exhibition match.

Since starting the season, new additions including Caden Stafford and a now-healthy sophomore Jacen Russell-Rowe have made an impact. Stafford scored the game-winning goal against the 49ers, and Russell-Rowe has one goal and two assists through two games.

While the Terps began the season with no measurable expectations, that is set to change with their ranking. Cirovski’s squad will get to live up to its new status when Maryland faces George Mason Friday at Ludwig Field.