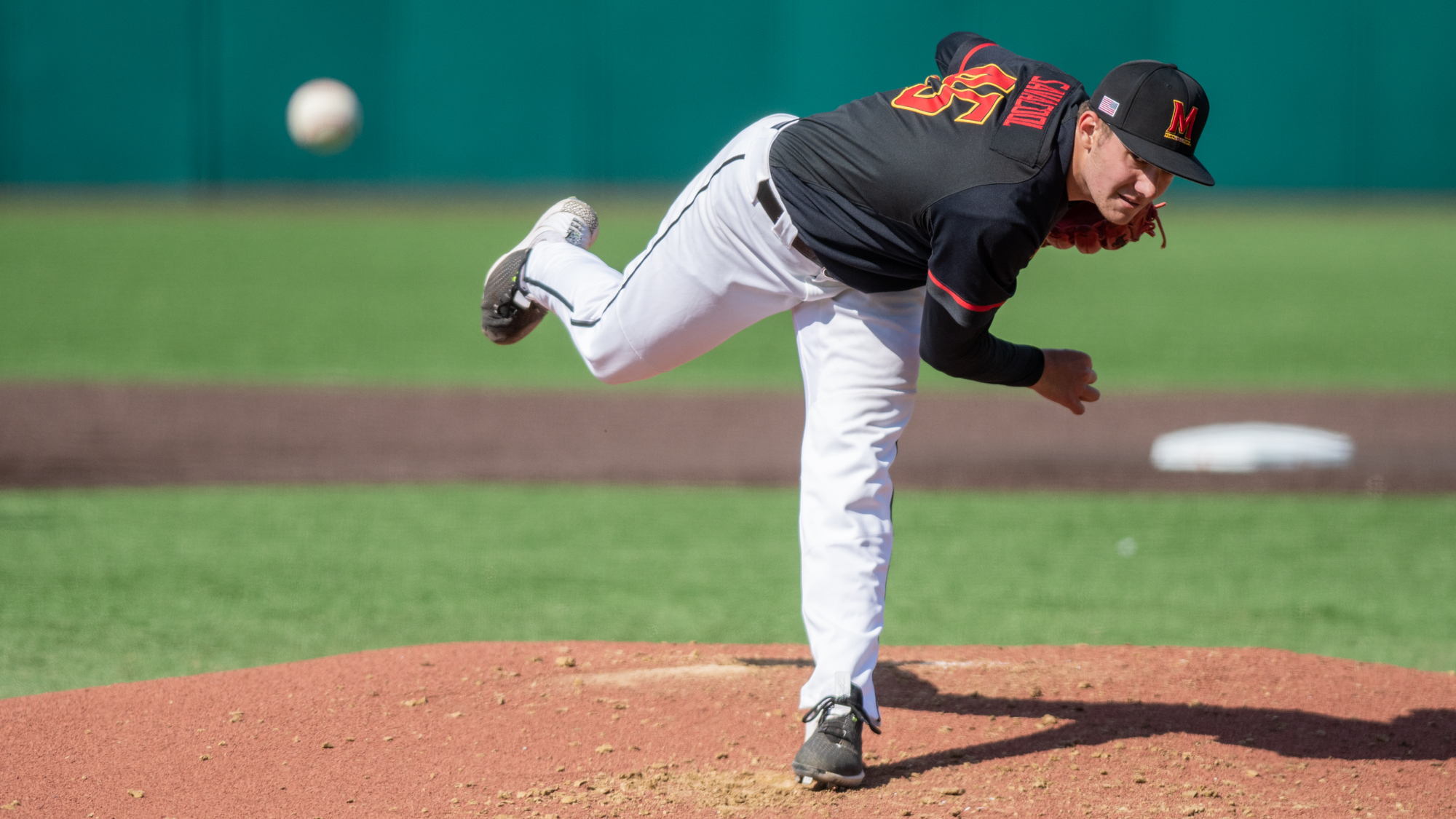 Maryland baseball escaped a monstrous eight-run comeback by Michigan, Friday, in narrow fashion. Despite the hard fought matchup, the Wolverines walked away empty-handed.

On Saturday, it was apparent Michigan wanted to work off those frustrations in devastating fashion on the Terps. Hitting a pair of three-run homers, the No.24 Wolverines cruised past coach Rob Vaughn’s squad, 14-3.

The harsh spotlight shone on freshman Jason Savacool on the mound for Maryland, chasing an important series win over Michigan with the postseason rapidly approaching.

If the Terps won, they would take sole possession of third in the Big Ten and strengthen their NCAA tournament case.

With a strong Wolverine squad fighting for the series, Vaughn’s squad had a rocky start. The typically reliable lead-off batter Chris Alleyne struck out on three pitches and Maryland failed to capitalize off two runners on base.

Savacool rocked Michigan at the plate in the first frame but never quite looked the same. The decorated underclassmen surrendered a pair of doubles at the start of the second and the unraveling began.

“He was yanking his fastball … he got into a lot of bad counts,” Vaughn said.

[Maryland baseball edges out win over No. 24 Michigan in extra innings, 11-8]

A quartet of hits and runs sent Savacool to the bench in the third inning and Sean Heine to the mound. A two-RBI single slashed by Michigan’s Jordon Rogers gave the Wolverines a 6-0 lead.

One monstrous three-run homer in the next frame by Ted Burton gave Vaughn’s squad an all-familiar 9-0 hole. The previous outing saw the Terps put up eight on Michigan before conceding that lead, Maryland needed to flip the script.

If their performance at the plate was any indication, it would be a no-go. The Terps could only muster a single hit over the fifth and sixth innings. Maryland couldn’t hold back the animosity the Wolverines had, possibly from their previous matchup.

That offensive blitz built to a 11-0 lead heading into the seventh inning. One powerful hit served by Alleyne and the Terps were on the board with a three-run homer of their own.

But Michigan wouldn’t let them claw back. Their second three-run homer of the day buried Maryland back in a 11-run deficit.

“I think they just came out and beat us in every aspect of the game,” Alleyne said.

The Terps tried to get their offense moving again in the eighth, putting their first two hitters on base, but a simple 6-4-3 double play and a groundout from Troy Schreffler ended another brief glimpse of success.

“It wasn’t pretty but sometimes you need somebody to go eat up some innings for you,” Vaughn said. “Those three got us through the game so that we have everybody fresh for tomorrow.”

Maryland had one last chance to make an improbable comeback in the ninth, like Michigan had the night before, but the most they could scrape together was a hit from Michael Bouma.

The Wolverines buried the Terps in the second game of this all-important series for both teams in securing a spot in the NCAA tournament, 14-3. Maryland will have one more shot on Sunday to bolster its resume.

“[It] doesn’t matter what the final scores are, it’s 1-1 going into tomorrow and we got a chance to win the series,” Vaughn said.