Maryland baseball edges out win over No. 24 Michigan in extra innings, 11-8 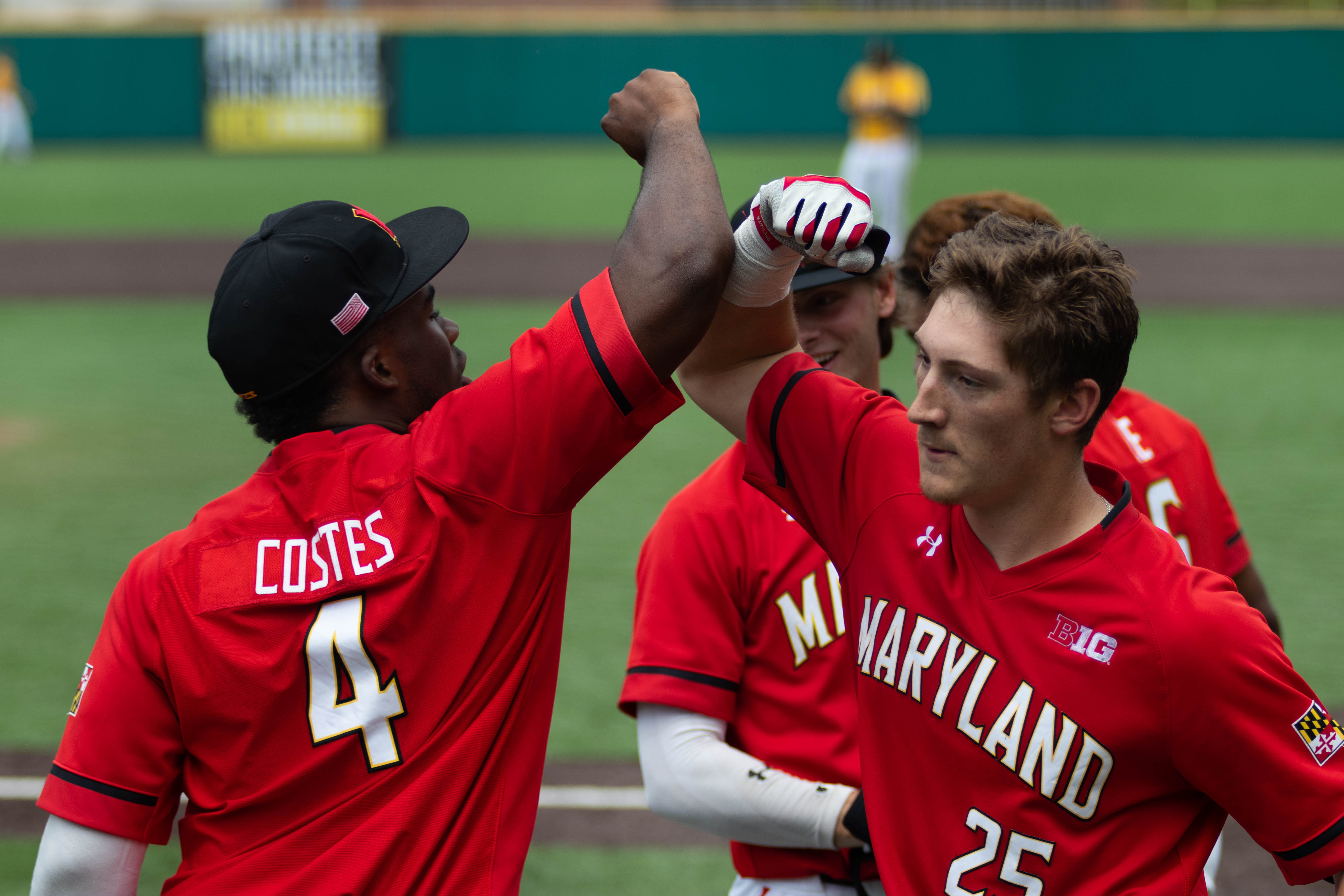 After blowing an eight-run lead to send the game into extras, Maryland baseball desperately needed momentum, or time to get some. With no scoring effort from Vaughn’s squad in the tenth, Ryan Ramsey punched out three straight Michigan batters to keep the Terps alive.

Three runs later, Ramsey had held out long enough for Maryland to get a lead, he just needed to hold it. Striking out another trio, including a triumphant final batter to end a rollercoaster game for the Terps, the closer sealed an 11-8 victory against the Wolverines in extra innings.

In the premiere game of what might be the most crucial series of the regular season, Nick Dean showed out on the mound.

And to take down NCAA tournament-contender Michigan, he needed to. Maryland baseball’s last road series of the regular season was going to be an uphill battle.

Dean didn’t see pressure through six. If anything, he placed the pressure on the Wolverines with 6.1 scoreless innings to start the outing, giving away just a handful of hits.

“The biggest focus for me was just to limit the free bases I was giving up,” Dean said. “That’s when things start to snowball on each other.”

Michigan’s Steve Hajjar proved to be a tough draw on the mound as well. Vaughn’s squad couldn’t drum up any hits in the opening two innings as each team fought to a solid stalemate.

Chris Alleyne stole second after walking in the third frame and advanced to third on a wild pitch to get into solid scoring position. A clunked sacrifice bunt from Ben Cowles later and Alleyne was crossing home plate to break the tie.

Randy Bednar, newly back from injury, slugged a single to cross Matthew Shaw and capped off scoring for Maryland in the third.

“Really excited beforehand to be out there and contribute on the field … help the team win,” Bednar said.

And then another unlikely hero emerged. Justin Vought slugged his first of two homers at the beginning of the fifth to lead a hitting explosion from Vaughn’s squad to the tune of six runs over two innings. Vought supplied three of those runs, Bednar knocked one in off a double, and two came from an error.

“The first six innings was about as dominant of a performance that we’ve had all year,” Vaughn said.

A rocky seventh interrupted what had been a smooth game for the Terps as it saw several runners stranded throughout the inning.

And a strong start to the frame by the Wolverines against a tiring Dean ushered him off the mound in favor of Sean Fisher. Fisher closed out the inning, but not before a handful of runs made it 8-3.

Maryland nearly added an insurance run in the ninth, advancing Bobby Zmarzlak to third. But a flyout from Tommy Gardiner sent the game to the final half-inning.

Sam Bello took over on the rubber for the Terps, hoping to get those last three outs and secure a monumental win. It didn’t start well with Christian Molfetta ripping a double down the right field line.

“I thought we played the eighth and ninth scared, scared to make a mistake,” Vaughn said.

[Maryland baseball stays hot, pulls away from Purdue for 6-1 win]

Fortunes looked bleak as an error set Michigan with runners on the corners and no outs, but two quick pop outs and Bello looked to get out unscathed.

However, a wild pitch and three consecutive hits scored three for the Wolverines and Maryland was in jeopardy of blowing its eight-run lead.

David Falco was tapped to save the day but rather gave up the tying hit to Joey Velazquez, losing the last of the eight-run lead the Terps had accumulated and sending the game to extra innings.

Maryland responded well in the tenth inning, loading the bases up with one out, but Cowles hit into a double play, erasing a promising start to extra frames. Ramsey pitched the bottom half of the inning for the Terps and struck out the side, bringing some welcome pitching help after the previous inning’s collapse.

It was another strong start in the eleventh, with Maryland getting men on the corners. Matt Orlando hit the game-winning double giving the Terps their first score since the sixth inning. Gardiner was able to bring in one more run with a sacrifice and Orlando made it home, giving Maryland a three-run lead with just three more outs needed.

Ramsey was back out for the Terps, picking up where he left off with another strikeout. Griffin Mazur was able to nab a double on the first pitch he saw, but Ramsey responded with back-to-back punchouts to secure the 11-8 victory for Maryland.

“I told them I was going through the roster trying to find out who’s going to take care of my kid when I have a heart attack,” Vaughn said of the intense outing. “What a great effort by those guys.”