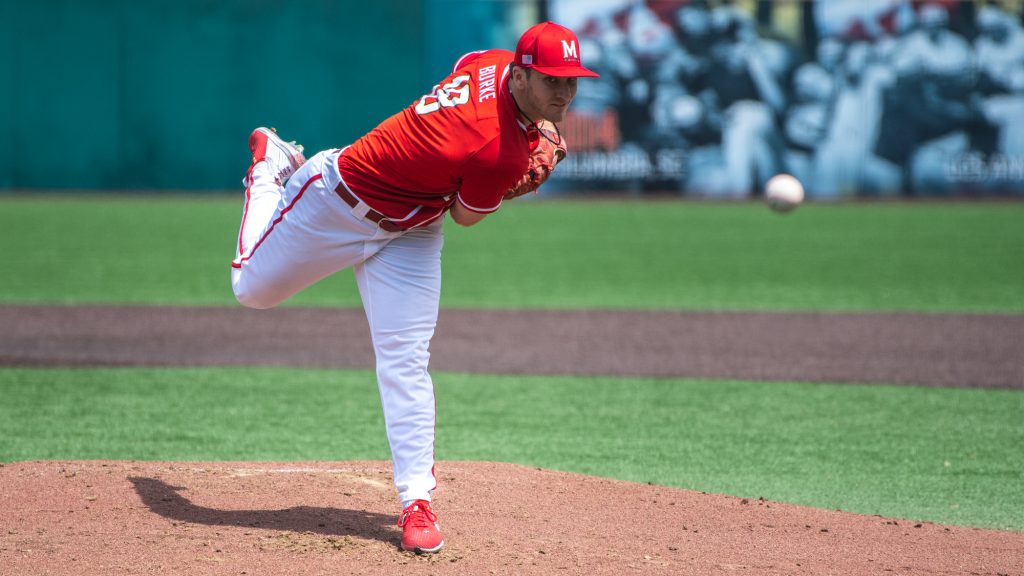 Creeping closer and closer to Big Ten title contention, the Maryland baseball team has only four series left in the regular season. After going 9-1 in its last 10 games — bringing its record to 19-13 and sitting only 2.5 games from first place in the Big Ten — every one of those series counts.

Its next opponent offers an intriguing matchup.

Illinois is close to catapulting itself out of the conversation for a top spot in the Big Ten at 15-16, despite winning five out of its last seven. In a crowded conference race featuring more than half of the Big Ten over .500, the Illini are hanging on by a thread.

And that’s a thread the Terps must shear to keep themselves in the race. However, unlike their last opponent, Minnesota, Illinois has legitimate firepower.

Its best two pitchers, Andrew Hoffmann and Nathan Lavender, both have WHIPs under 1.25 and rarely walk hitters.

But the real story with the Illini comes from their batting this season: two of their players have an OPS of 1 or more. Only two other teams in the conference can say the same, and they’ve produced with them.

Illinois has averaged five runs in its last seven games and is currently ranked second in the Big Ten in runs and first in hits.

“The one thing I’m very convinced on is that they can really hit,” Vaughn said.

One unconventional influence on the Illini’s offense is the conditions of their home field. Illinois Field, Vaughn said, is a bit different than what the Terps have traveled to so far.

“Their yard is a pretty hitter-friendly place,” Vaughn said. “The wind is blowing out pretty good, so it’s a place that generally is a ballpark you can score some runs.”

That may or may not come as a challenge for Maryland, as it’s had issues away from home. The Terps are 8-10 in those games, and with their following away series against conference contender Michigan, the Illini might be a good trial run for a new-look second-half Maryland team — especially given Illinois split its season series with the Wolverines.

One player the Terps will remain without is Randy Bednar, as Vaughn said he is a few weeks out from playing. To compensate, Maryland will have a similar lineup to its Minnesota series: a lineup featuring outfielder Troy Schreffler, who played well in relief of Bednar.

Regardless of who’s at the plate, Maryland baseball will have to hope the wind blows in its favor to keep its NCAA tournament hopes alive. With the momentum on its side and its foot on the gas in the Big Ten title race, one rule comes to mind: Don’t slow down.