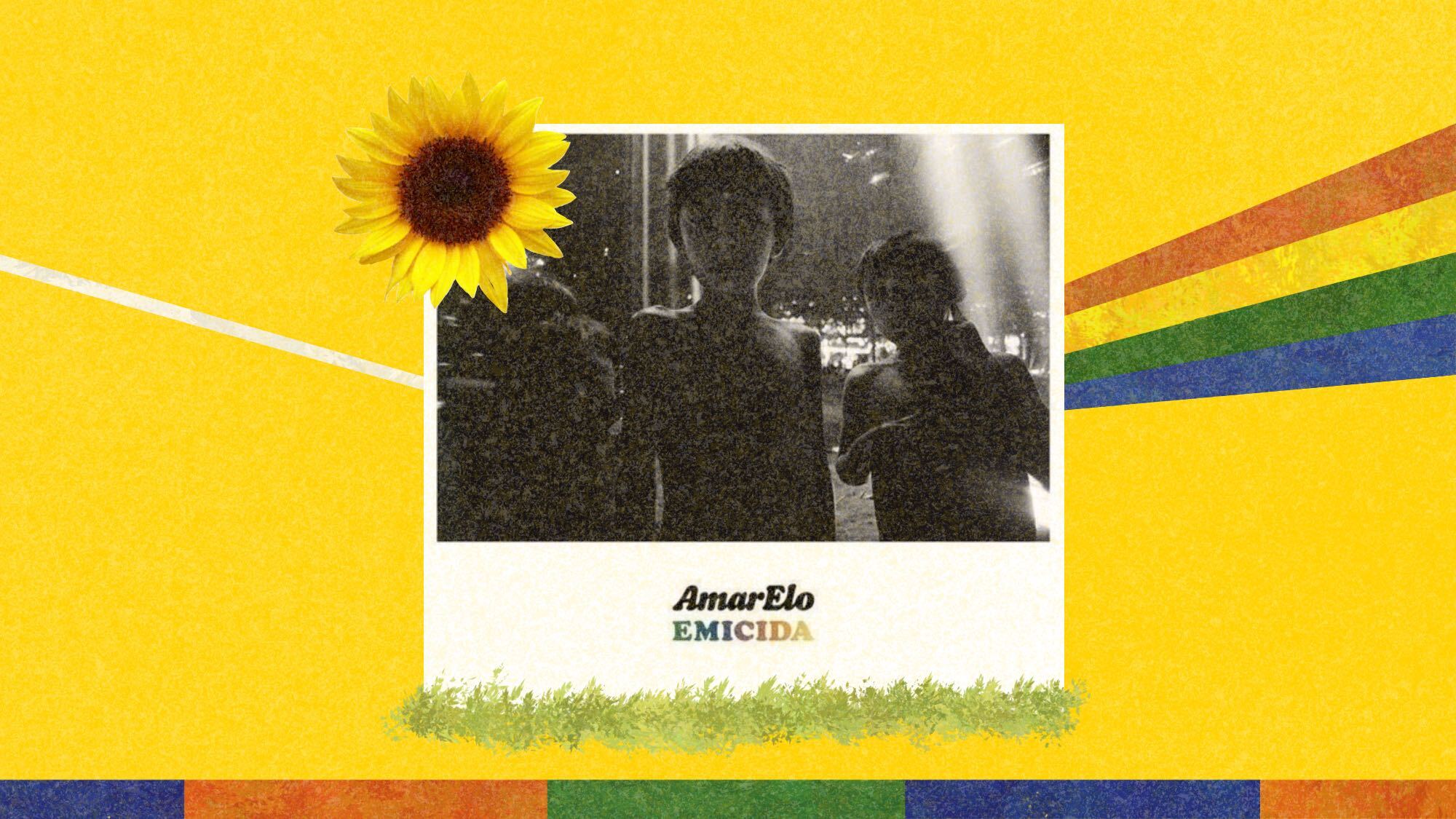 It starts with what I can only describe as the angel’s trumpets, summoning the day to start. The birds start peeping. A soft guitar starts playing, ethereally, as the whole city of São Paulo wakes up.

It’s “A Ordem Natural das Coisas,” which is a song by Emicida that inevitably brings tearful lights to my eyes. Then, for a brief 3 minutes and 55 seconds, I feel at home.

As I write this, there’s a sentence that keeps ringing in my ear — “there’s something about Brazilian music…”; like a whole je ne sais quoi of it all. Something deeply special, like a buried treasure.

Oddly, it’s a newfound love for me.

Brazilian music comes in many rich, alluring genres. There’s the samba, with its roots in the drumming of West Africa. The mangue beat, deeply regional, mixing aspects of psychedelic rock, hip-hop and electronic music. There’s the bossa nova and Música Popular Brasileira, which my parents always loved to listen to. There’s the sertanejo, the country music for those with unrequited love.

But as a young girl, I hardly chose to listen to music in my native language. Throughout middle school and early high school, I would dance through a couple of different genres, going by music eras. But I never went beyond the territory of Anglo-conformity.

My first love was The Beatles and a Ray Charles CD my dad owned. Then, I expanded my horizon slightly to more British bands, such as The Clash, Sex Pistols and The Smiths. There was a One Direction appreciation period, which drastically evolved into me crying to the sound of Avenged Sevenfold and Metallica.

There was one Brazilian artist I started listening to in my freshman year of high school, who I adore to this day. “Duas de Cinco” by Criolo has been in my yearly top songs since Spotify started generating those playlists, and it’s one of the only songs I know by heart.

But I treated Criolo as an anomaly, and he remained one of the only Brazilian artists that I listened to for three more years. There was a clear complexo de vira-lata — mongrel complex.

Mongrel complex is a term coined by Brazilian writer Nelson Rodrigues. It was initially about soccer, when Brazilians were devastated by their loss against Uruguay in the World Cup in 1950. Rodrigues argued that Brazilians voluntarily put themselves as inferiors to other countries.

“The Brazilian is a Narcissus inside out who spits in his own image,” he said.

I went on with this path until I moved to the United States in my junior year, months away from the 2016 presidential election. My dad had a habit of leaving the news channel on all day, so the debate on immigration became an inundating presence in our household. We heard the calls for stricter immigration reforms quietly, as we ate the dinner my mom made us. We heard the claims that immigrants were stealing jobs, while I said goodbye to my parents before they went to work.

I started missing my country more each day and, almost mathematically, started turning to Brazilian music — specifically to music by Paulistas, artists from the state of São Paulo, my home.

It was intuitive, like a child running to their mother. I didn’t think about it until this March, when COVID-19 devastated my home country. Night after night, I found myself sleeping to the voices that linger the “r,” the drumming and the trumpet, the piano and the laughter.

Brazilian music is rooted in African, European and Indigenous cultures, Dr. Siv B. Lie, an assistant professor of ethnomusicology at the University of Maryland, said. But it also takes traditionally U.S. genres, like rap and jazz, and adds new life into them, Lie said. These genres become special and unique — they become Brazilian.

So, as I told her about my longing to belong, and how Brazilian music seemed to ease that, she argued that it made sense — even if I didn’t listen to Brazilian music that much before coming to the U.S..

“Music is a powerful aspect of cultural identity,” she said.

To this day, my body will occasionally feel restless, kind of like how you feel towards the end of a vacation. After you come to the conclusion the hotel mattress is a bit too soft and sheets are too tight, you start longing for your own bed.

I can speak English as if it were my mother tongue, but it sets in weird, with a bitter aftertaste. It is an inevitable reminder of not belonging, even if it isn’t always hostile.

In those moments, I put my headphones on, which filters the background noise. The birds start singing, as the trumpet summons them. I close my eyes.

If you didn’t get the sentence above, this is the sign that you should listen to “A Ordem Natural das Coisas” by Emicida.

I’m known for talking to people about Brazilian music, perhaps too much.

But it’s just my way of talking about home.