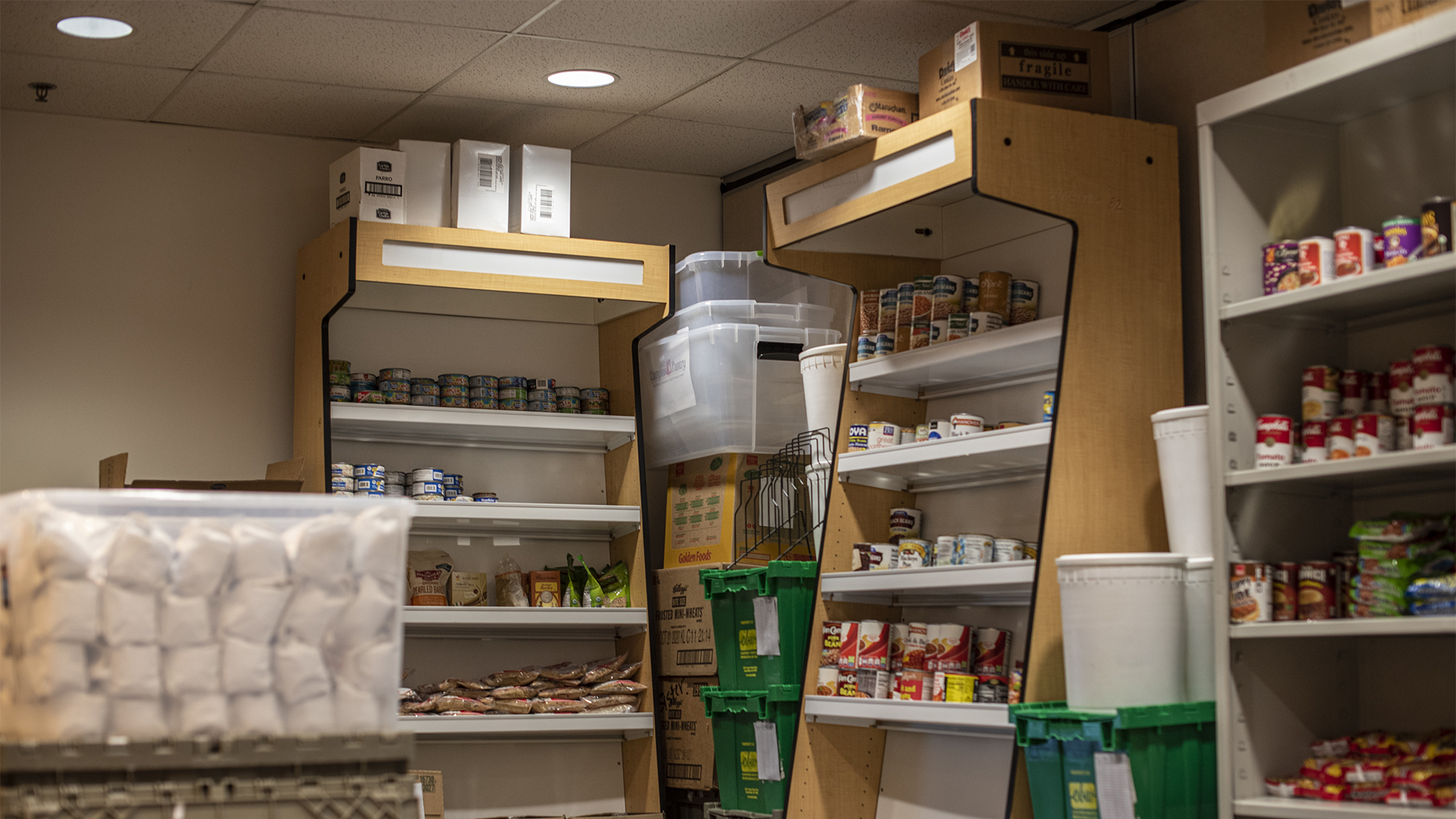 The Campus Pantry in the Health Center on March 13, 2020. (Eric Harkleroad/The Diamondback)

The University of Maryland’s SGA allocated over $400,000 to support the Campus Pantry, Student Crisis Fund and emergency contraceptives, among other services, the governing body announced Thursday.

During the fall semester, the Student Government Association allocated $410,249 to similar goals.

This money comes from a combination of surplus funding from the spring 2020 semester and as a result of about a decade of university accounting errors, SGA President Dan Alpert said.

The majority of this second allocation — $300,740 — will help create 17 student jobs in the campus pantry and allows the pantry to expand its services to 30 hours per week. Currently, Alpert said, the pantry is only able to operate for five hours a week.

The money will supplement the pantry for two years while it builds an endowment, he said.

The body has also allocated $50,000 for supporting students in financial need through the Student Crisis Fund. This is in addition to the $300,000 allocated during the fall semester. The fund has seen increased demand this academic year due to the pandemic, Alpert said.

“We want to make sure that they’re able to continue to support students for the rest of the semester,” he said.

One of the focuses of the SGA has been supporting first-generation and low-income students, Alpert said. The body learned of two Stamp Student Union employees who were working on a summer program that would provide workshops and guidance to such students.

The SGA decided to allocate $6,700 to create 30 jobs for that program, Alpert said.

“We were looking at numbers in a similar program … so we know that specific, targeted summer programs like this are beneficial,” he said.

The SGA has also allocated $12,500 for a one-time purchase of virtual reality headsets and biofeedback headbands for mental health support. The resources are meant to help with OCD and ADHD and will be available through the counseling center, Alpert said.

The body distributed $20,000 for “post-COVID engagement grants,” for student groups and programming.

It also set aside $300,000 for student groups to use in the next three years. This money will be added to the student group allocation fund, and will allow groups to re-engage students after the pandemic, Alpert said.

$1,600 of the funds will support a community and nonprofit service student coordinator through Stamp for a year. This position will help connect student groups with non-profit and community organizations, Alpert said.

This allocation comes after months of conversation with various departments that will be responsible for continuing these programs after the SGA funding ends. The funding is an interim measure, and departments should add these initiatives into their permanent budget, Alpert said.

“SGA can’t and should not be responsible for funding a lot of these things in the long term,” Alpert said.

This distribution means the SGA has finished the academic year with $1 million in funding toward student needs, according to the announcement.

“The butterfly effect of each of these is great,” Alpert said. “I think it’s truly going to help move Maryland forward as we look to become a more forward-thinking, progressive and supportive campus community.”