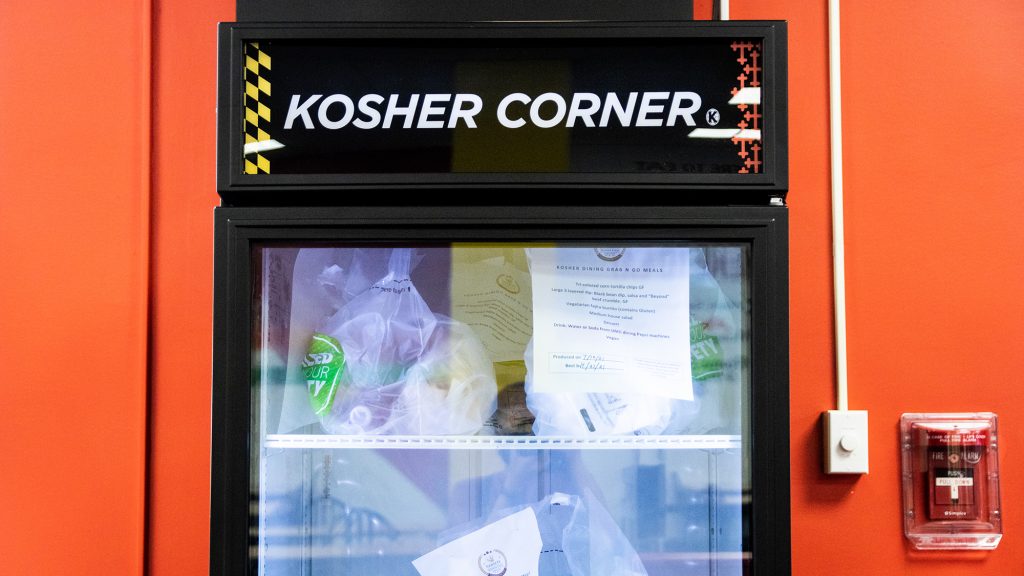 The University of Maryland’s SGA launched a kosher food pilot program last Monday in an effort to add more kosher food to dining halls across campus.

While the regular dining halls on campus do not offer as many kosher food options, the Hillel dining hall provides kosher food for students who exclusively keep kosher.

The pilot program allows students who are on the Hillel dining plan and have pre-registered to pick up kosher meals at the South Campus Dining Hall. It will run until April 30, in addition to a few weeks in the fall semester. The program will also expand the hours that Hillel offers dining services.

Their end goal is to see an integrated kosher food meal plan in every dining hall on campus, said Kahn, who also serves as the body’s speaker pro tempore. The SGA is also working on providing kosher sandwiches in convenience stores if students take advantage of the pilot program, Kahn said.

Halbfinger explained that her high school friends had to change their dietary restrictions on campus by eating vegetarian, vegan or not kosher at all because of the limited access to kosher food.

“The fact that it’s because of this convoluted, overly complicated, complex, divisive situation on campus is something that I have been really passionate about trying to change,” Halbfinger said.

Racheli Cohen, a sophomore government and politics and sociology major, said it was hard to connect with students in the Hillel dining hall and the regular dining hall because she was a part of both dining plans.

“The current design really makes it difficult for Jewish students who have certain religious observances to be as integrated into the rest of the UMD community,” Cohen said.

Shoshana Distenfeld, a freshman bioengineering major, has to go from her lab science class to the Hillel dining hall on the south side of the campus to pick up lunch, before heading back to her dorm on South Campus for her next online class. She plans on taking advantage of the pilot program, she said.

“Hopefully for when there’s in-person dining next year, it’ll be nice to be able to go to the dining hall with like my friends who don’t keep kosher and aren’t on the Hillel meal plan and get to eat with them,” she said.

And Khan has sometimes missed out on getting food at all.

“I remember my freshman year, it was at least twice a week, I was missing both lunch and dinner, and my roommate would have to get my food for me,” Kahn said, “I just wasn’t able to get the food that I was literally paying for. So it was very, very frustrating for me.”

The pilot program will assess how many students take advantage of the extended hours and determine if offering kosher food in all the dining halls would benefit students who keep kosher.

Sometimes, not all students who keep kosher want to be on a university dining plan, Kahn said. After the pilot program, there will be “more of a conversation between Hillel and Dining Services” about creating a general meal plan for all dining halls that includes kosher food, Khan added.

Halbfinger said she is excited to see how the project progresses.

“I’m just so excited to see how this conversation continues, how it grows and how it’s ultimately implemented and the effect that that has on the campus community,” she said. “I can only imagine how positive it will be.”