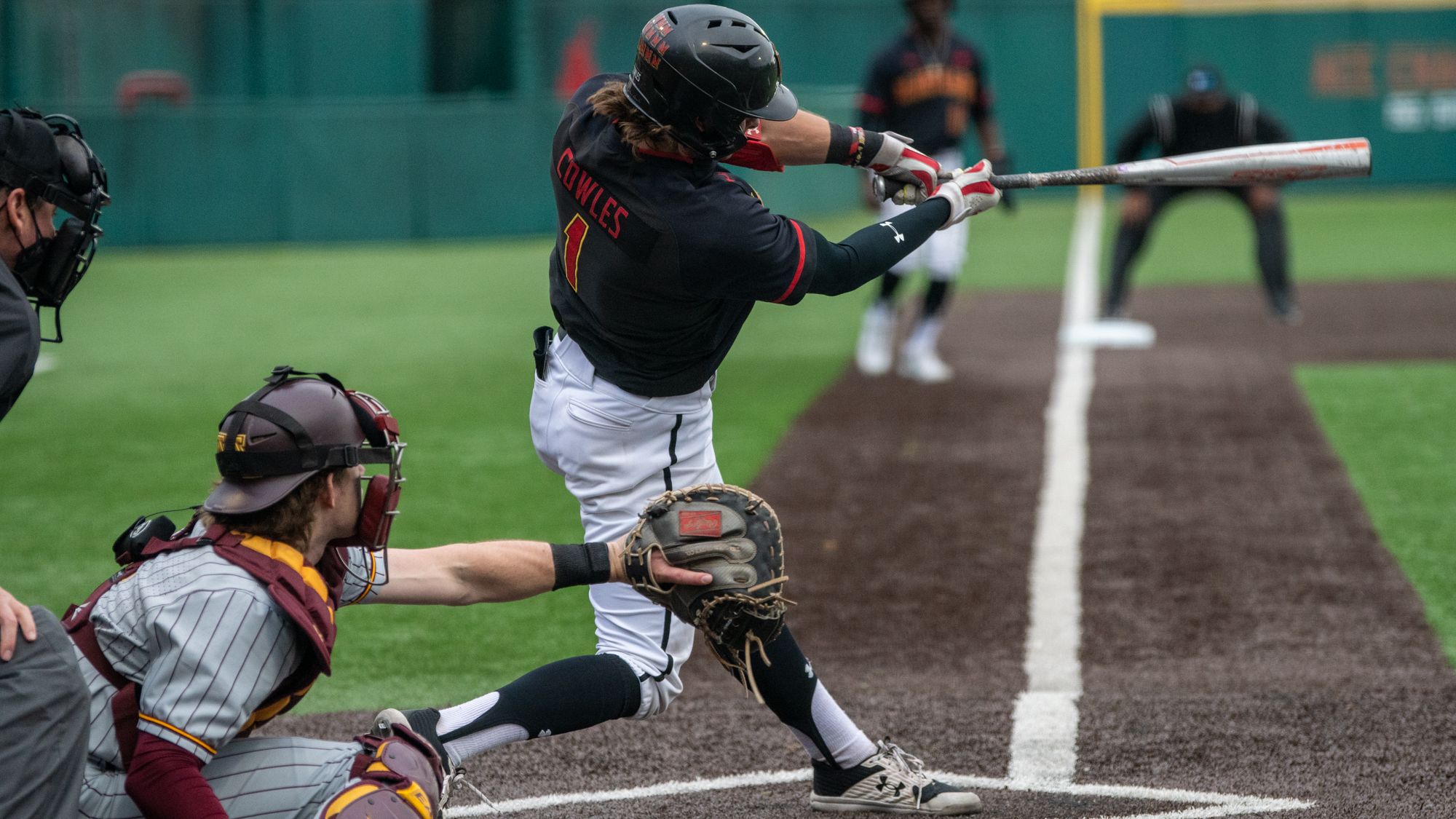 Maryland baseball didn’t need any theatrics to triumph over Minnesota. Against the Golden Gophers, the Terps lived up to every expectation they had.

Riding a four-RBI performance by Ben Cowles, Maryland rolled over Minnesota, 12-4, on Friday night. It was the Terps’ fourth straight win, while the cellar-dwelling Gophers dropped their 11th consecutive game.

One thing was clear for Maryland: its bats were going to be active against Minnesota.

Three straight doubles and a booming two-run homer by Tucker Flint highlighted an explosive four-run first inning for the Terps at the plate. If the Gophers were upset-minded, they weren’t showing it early.

“That was about as relentless of an offensive approach as we’ve had,” coach Rob Vaughn said. “We scored in a lot of different ways tonight.”

After exchanging home runs in the second, Minnesota threatened Maryland’s lead for the first time all day in the third. The Gophers did so with a pair of singles that cut their deficit to 6-3 after a walk and an error started the frame on a bad note for unusual Friday night starter Nick Dean.

Dean didn’t quite match the stellar performance the Terps’ offense put out, but the sophomore turned in a strong outing overall. Mistakes from Maryland’s defense inflated Minnesota’s offensive output while he was on the mound, but Dean compensated.

He only allowed one earned run and four hits in seven innings and chalked up eight punchouts, tying his career high. That second inning solo home run from Chase Stanke was his only real fault on the night, and Dean shared in the Terps’ excitement.

“I’m feeling a lot more confident out there,” Dean said. “I’m not second-guessing any of the pitches I’m throwing.”

Though the Gophers pulled within three at one point, that was as close as they would dig at their deficit. A bases-loaded walk and hit batter sent Maryland back in front by five at the end of the third inning, and its lead ballooned in the sixth.

Even though the Terps weren’t perfect on offense — they left nine runners on base — Minnesota’s poor pitching easily offset those blips. Gophers’ pitchers surrendered 11 hits and nine walks, leaving their scuffling offense no help.

[In a pinch, two-way player Logan Ott’s first start was a gem for Maryland baseball]

Still, the quiet middle innings offered a chance for Minnesota to claw back, but Dean wasn’t giving up much. He allowed one hit in his final four innings of work, and Maryland picked right back up on offense in the sixth.

A series of walks plus a wild pitch helped further the Terps’ lead as their runners took the free bases and rotated around the diamond. The three runs in the frame, plus an eighth-inning RBI groundout, was too much of a distance for the Gophers, who trailed by nine.

After Dean departed, Ryan Ramsey, Gavin Stellpflug and Sam Bello closed out the contest and put Minnesota down for a series opening victory.

“Going into this series, we were treating it just like we treated Nebraska,” center fielder Troy Schreffler said. “We have to go out [and] step on their throats, win, come back tomorrow and do it again.”