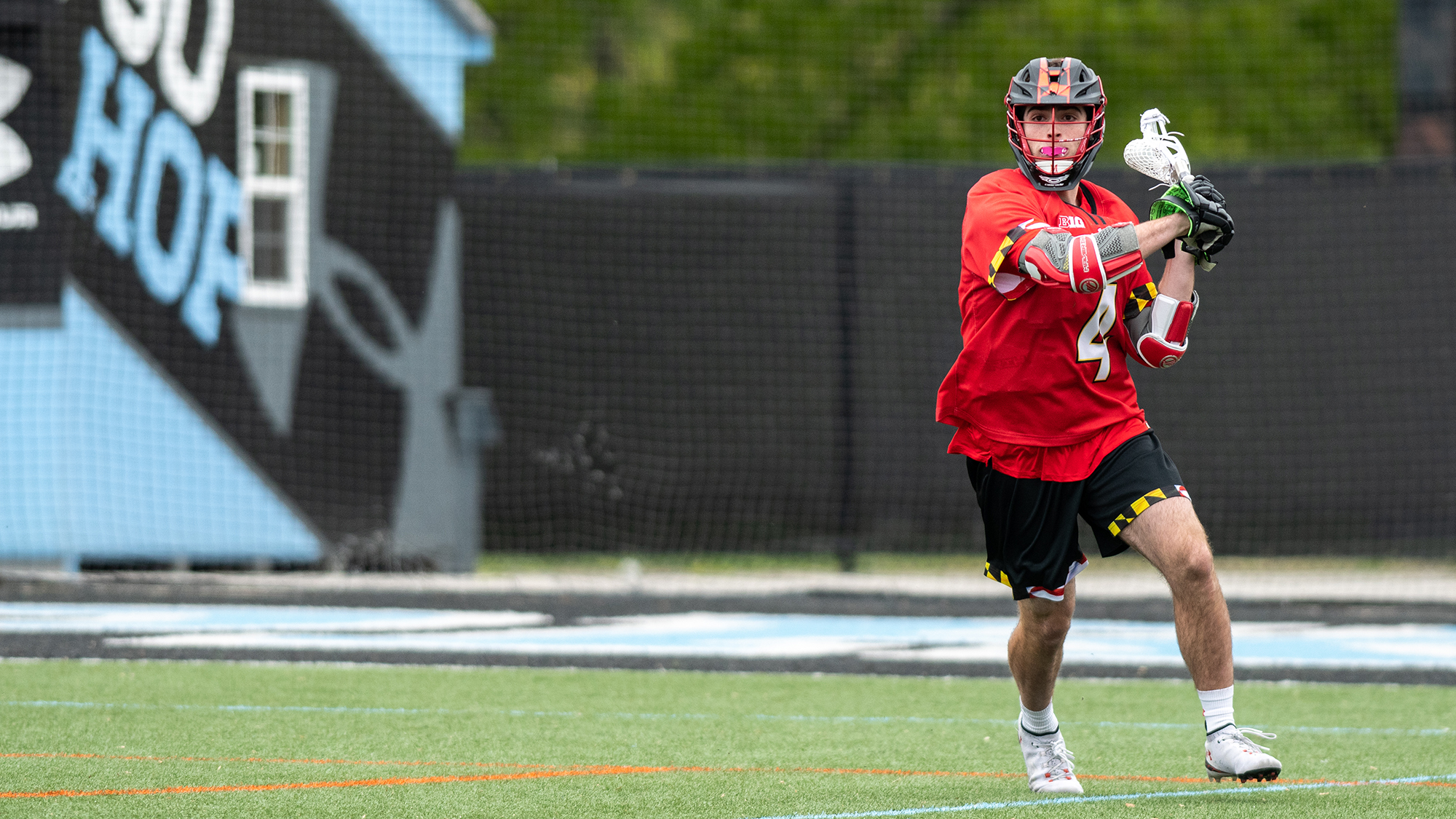 Freshman Eric Malever danced behind the net in the second quarter of Maryland’s 18-8 win over Ohio State on April 18. Then, he saw Jared Bernhardt charging toward the cage for the score.

Less than three minutes later, Malever once again dished to Bernhardt, who cashed in for his third goal of the game. Maryland men’s lacrosse had arguably its best game of the season against the Buckeyes, and so did Malever, the seventh-ranked recruit out of the 2020 class.

“Bobby [Benson] tried to get [Bernhardt] and Eric Malever working together back there, and I thought that was pretty good for us,” coach John Tillman said after the game.

Now with 10 games under his belt as a Terp, Malever has emerged as Maryland’s star attackman of the future. But to get to that point, the Atlanta native is learning from Maryland’s current stars, most notably Bernhardt.

Once upon a time, Bernhardt was in Malever’s position. Bernhardt came to Maryland, where both of his older brothers had also played, as the No. 3 overall recruit in his class.

During his freshman year, the Florida native also played alongside Maryland lacrosse legend Matt Rambo, who became the first men’s lacrosse player to win the Tewaaraton award for Maryland in 2017.

Just as Bernhardt learned from Rambo four years ago, Malever has been studying Bernhardt’s game since he rejoined the team in January. And he has plans to continue for the rest of the season.

“I’ve picked up so many different things from him,” Malever said. “I’m so happy that he came back. I think he’s made me such a better player, and I’m still learning from him every day. I’ve got so many more things to ask him.”

Evident by the second quarter sequence against Ohio State two weeks ago, some of Malever’s best performances this season have also been some of Bernhardt’s best games.

Malever recorded at least three points both times Bernhardt tied his career-high with six goals this year. The first such instance happened on March 13, when Malever tallied a career-high four points and assisted Bernhardt on his sixth goal of the contest.

Despite the four-year age gap between the two talents, they’ve established chemistry on the offensive end of the field.

“I think our chemistry has definitely gotten better as the season’s gone on,” Malever said, “and I think that’s due to his leadership because he’s such a great leader out there.”

Many players have a great on-field connection with Bernhardt because of his immense talent, but the budding rapport between the veteran and the rookie could prove to be dangerous down the stretch of the season.

And for Malever, it’s just the beginning of what the program hopes is an illustrious career at this university.

“That’s definitely big for us,” senior Anthony DeMaio said. “He’s been doing a great job, and he’s working at it after practice, always getting extra shots and doing that stuff. It’s showing on the field on Saturdays and Sundays.”