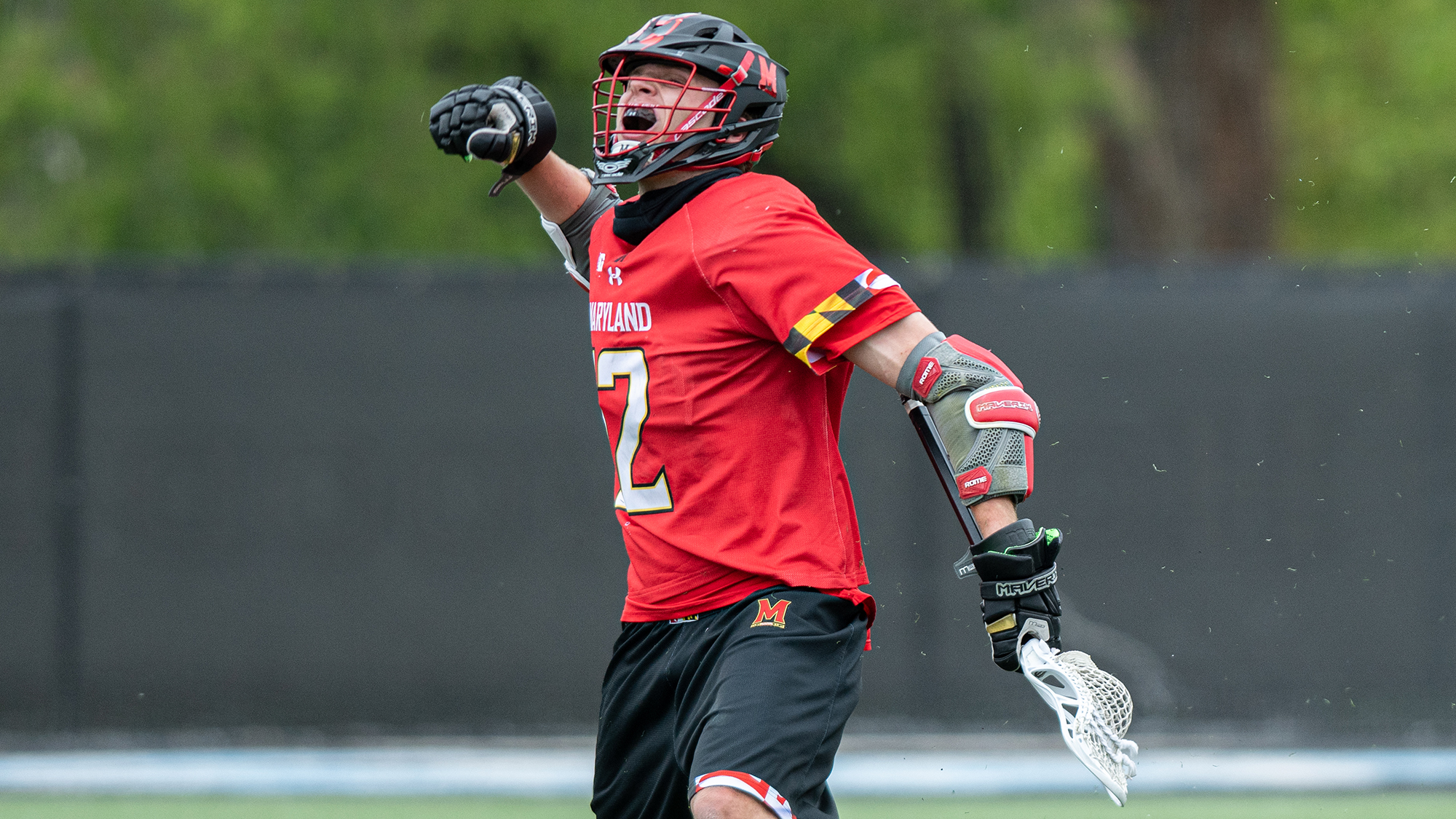 Through nine games this season, Maryland men’s lacrosse never once trailed in the fourth quarter. So when the Terps fell behind 13-11 to Johns Hopkins with five minutes left Saturday, they were in an unfamiliar position.

Maryland held a five-score lead at two earlier points in the game, but the team never panicked when falling behind. During a timeout with 2:59 left on the clock, coach John Tillman told his players there was plenty of time to come back and win.

Then, they did. Two miraculous goals by Logan Wisnauskas and one by Jared Bernhardt in the final two minutes led to a nail-biting 14-13 win, narrowly escaping the two-win Blue Jays.

From the outside, Saturday’s game may have looked like a regression for the No. 1 team in the nation. But on the inside, the team saw the challenge from Johns Hopkins as a necessary test.

“In my opinion, we needed this,” Tillman said. “We needed to prove that if we got punched in the face and the chips were down, that we were mentally tough enough to potentially come back and do this.”

The Terps went to the locker room at Homewood Field leading 9-6, and they were expected to finish the game the way they’d finished their previous nine games — with at least a four-goal win. Before Saturday, their smallest margin of victory was four at Rutgers on March 28.

But out of halftime, Maryland didn’t bury its opponent like usual.

The Blue Jays scored three straight goals to tie the game at nine. Then, they tied it again after a goal by Bubba Fairman. And they finally took the lead for themselves early in the fourth quarter.

That’s when Wisnauskas and Bernhardt stepped in.

The Terps second half fall and ultimate rise proved they won’t always play at a superhuman level, but they have the leadership and composure to overcome those moments.

“We’re human just like everyone. We’re going to make mistakes,” Bernhardt said. “It was a gut check for sure … and it’s something to build on, and obviously… we’ll be watching the film and getting back to it soon enough.”

Maryland will have 12 days off before it takes on the winner of Michigan and Ohio State in the semifinals of the Big Ten tournament. After that tournament concludes, Tillman’s squad will move on to the NCAA tournament, where it’ll likely play its first team outside the Big Ten since March 2020.

With the heap of talented teams the Terps could see in May, they’re glad they faced some adversity on Saturday.

“This game will help us a lot going down the stretch, playing teams outside of our conference moving forward,” Wisnauskas said.

Wisnauskas and Bernhardt, both seniors, are nominees for the 2021 Tewaaraton Award, which honors the top men’s and women’s college lacrosse players each year. They’re also the players Maryland turned to in a moment of desperation against Johns Hopkins.

They and their teammates believe they have a recipe for winning close games, and they demonstrated it against their biggest rivals this weekend.

“We just try to stick together,” Bernhardt said. “We know what our capability is … We’re a tight-knit group, never getting down on guys. [We] just keep coming and being relentless throughout the game, no matter what.”