On and off the wrestling mat, the Spadafora brothers are there for each other 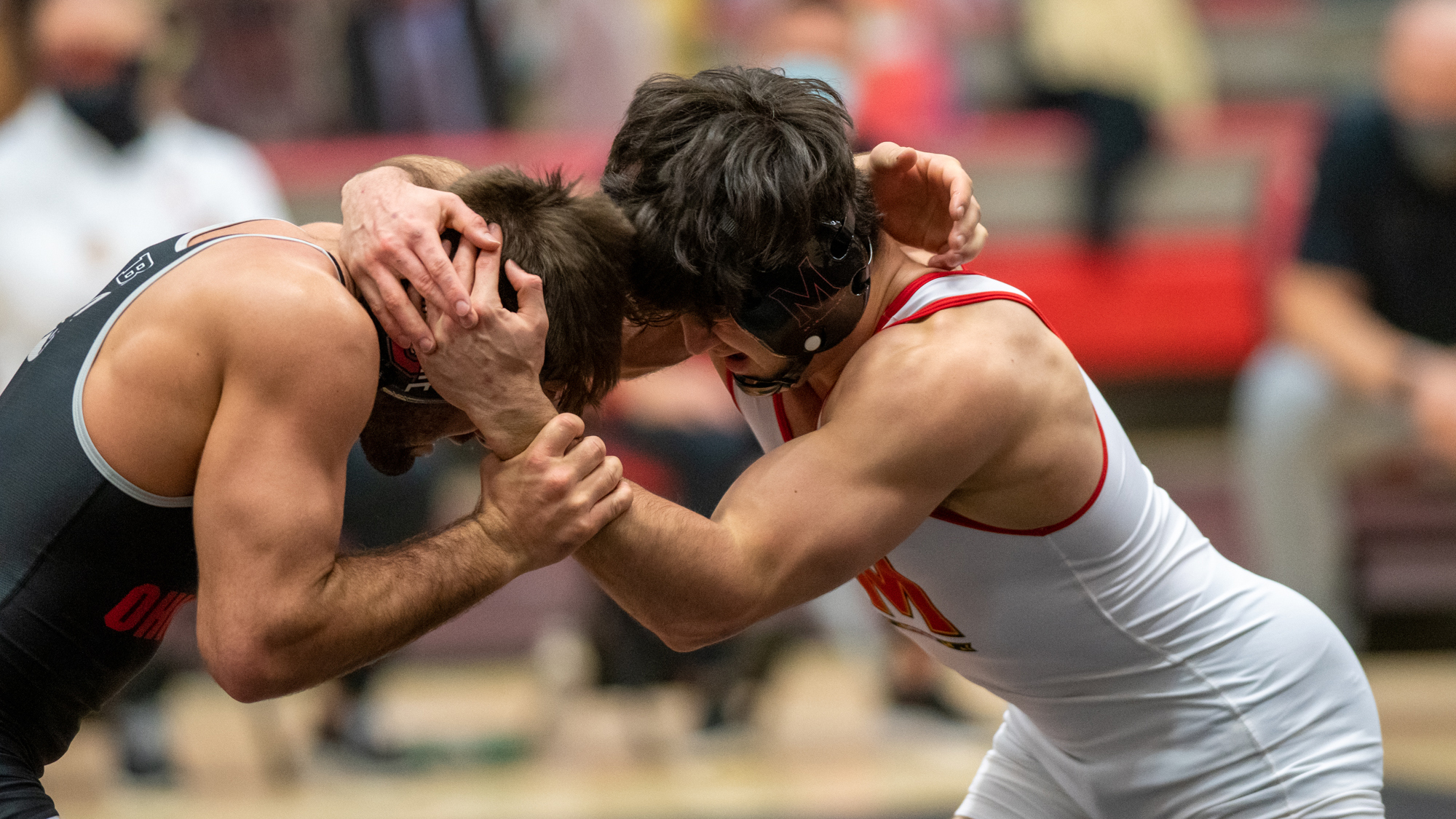 After coming home from a wrestling tournament when they were younger, Jonathan Spadafora challenged his older brother Philip to wrestle at their local club gym. Jonathan told Philip he’d have no problem taking him down to the mat.

Philip ended up taking Jonathan down in just 20-25 seconds. Jonathan thought it was a fluke and challenged Philip again.

“There was a little bit of trash talk after I’d get a good move or take him down between us,” Jonathan said.

Philip took him down to the mat again and, after one more challenge, did it a third time with their Dad, Phil, watching.

“Jonathan thought he was a big man on campus, and Philip obviously showed him he wasn’t,” Phil said. “And that was probably the last time Jonathan tried to challenge Philip.”

Wrestling runs deep in the Spadafora family. Phil wrestled from middle school through his time at Nassau Community College, and went on to participate in the wrestling club at Florida State. Jonathan and Philip’s other brother, James, also wrestled.

Growing up in a family of wrestlers meant Jonathan and Philip got exposed to wrestling very early in their lives and would spend a lot of time learning about the sport.

“We’d spend a lot of time together when we were younger, almost a couple of times a week [where] we’re talking about wrestling and go over a couple things as a family,” Jonathan Spadafora said.

On a weekly basis, they played around, got physical and wrestled with each other all over the house just for fun.

Being second generation wrestlers meant there were always expectations to live up to. But Jonathan and Philip were looking to forge their own path.

[Maryland wrestling gets blown out at Big Ten Championships]

There were other sports they played — like football, soccer and baseball — to keep themselves busy and active.

But wrestling always stood out, and it started to become a serious activity for them in middle school. In eighth grade, they both competed as varsity starters on the high school wrestling team at Half Hollow Hills East.

“Once we realized our best sport was probably wrestling, we started taking it a little more serious and focusing on that,” Philip said.

Despite starting early, as eighth graders, and being younger than most of the competition they faced, Half Hollow Hills East wrestling coach Bill Davey knew he had something special with the Spadafora brothers.

And Davey didn’t hesitate to throw them onto the mat to start wrestling right away either.

“They were meant to be competing as eighth graders in the highest level that they could,” Davey said. “They’ve been around the sport a long time, they felt comfortable.”

After practices, meets, tournaments or whenever they could get together, Jonathan and Philip sat down with their Dad and went over how they wrestled and how they could improve.

And Phil not only played a coach role with his sons, but also a role as a supportive father.

“[Our] Dad was definitely our number one supporter and he came to all the matches. He was really into it,” Jonathan said.

Being a wrestler before them, their Dad’s influence went a long way for the Spadafora brothers during times of adversity and moments of doubt.

“There’s definitely been times where me and my brother bent down and [wondered if we] could do this anymore,” Philip said. “It was nice to be able to go back to [our] Dad and have him give us his experience and tell us how he got through it [as] he’s been in our footsteps before.”

But those doubts disappeared when they were on the mat.

At Half Hollow Hills East, Philip was the go-to secret weapon whenever he was needed.

“If I had my best chance of beating someone that might have been at a higher level of wrestling, [Philip] would be my guy that I would put out on the mat,” Davey said.

As for Jonathan, he was the team’s motor.

“[Jonathan] was that guy that never shut down and always was looking to score another point no matter who he was wrestling,” Davey said. “He was always looking to continue to go.”

The two racked up numerous accolades on their wrestling resumes during high school. Jonathan was a four-time All-County wrestler — this included being a county champion and first team All-Long Island.

By the time they both graduated, they left an imprint on the Half Hollow Hills East wrestling program.

“They basically have made Half Hollow Hills wrestling what it is the last couple of years,” Davey said.

And Davey is hoping the Spadafora brothers could inspire more of the wrestlers in his program.

“It’s a coach’s dream to have those guys and be able to use them as examples and teach the young guys that this is what you want to be,” Davey said.

But it wasn’t wrestling in Division III like their Dad. It was a step up in competition: wrestling in the competitive Big Ten at Maryland.

It continued the trend of Jonathan and Philip’s wrestling on the same teams together and completed the Spadafora trifecta.

“I wanted to wrestle on the same team as my brothers because I have basically my whole life, so that definitely played a role,” Jonathan said.

Philip’s success at wrestling and being the older brother also had a major influence on Jonathan.

“To just look over and see what he accomplished and what he’s been accomplishing has definitely played a big role in how I wanted my career to play out,” Jonathan said.

And in college, the two collected some notable accolades.

Philip was ranked in the top 20 nationally at 174 pounds and qualified for the 2020 NCAA championship as a redshirt sophomore before COVID-19 forced its cancellation.

And during his redshirt freshman season, Jonathan had a 24-10 record and placed in five open competitions. Earlier this year, he was the only Terp to pick up a win during the opening round of the Big Ten championship.

But what both Jonathan and Philip have accomplished on the mat doesn’t compare to how much they’ve grown as individuals in the eyes of their Dad.

“You could bring tears to my eyes,” Phil said. “I’m so proud of the young men that they became.” 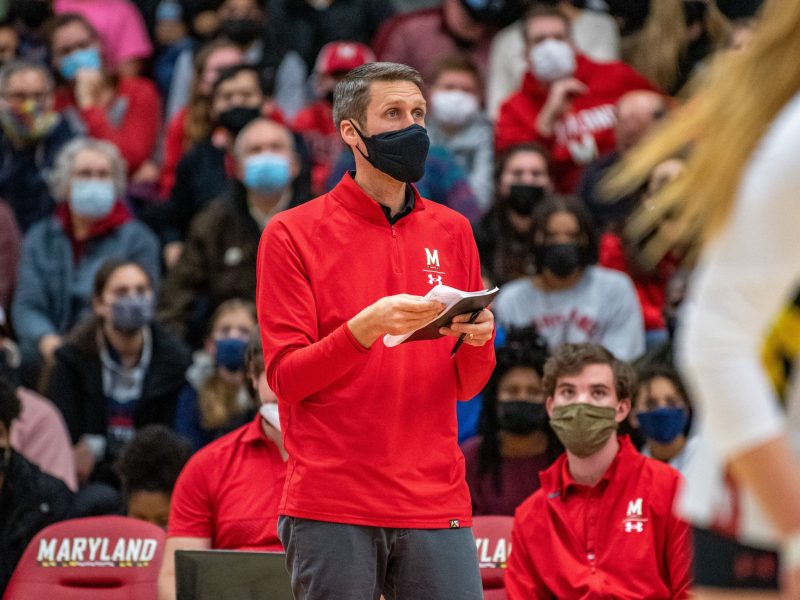