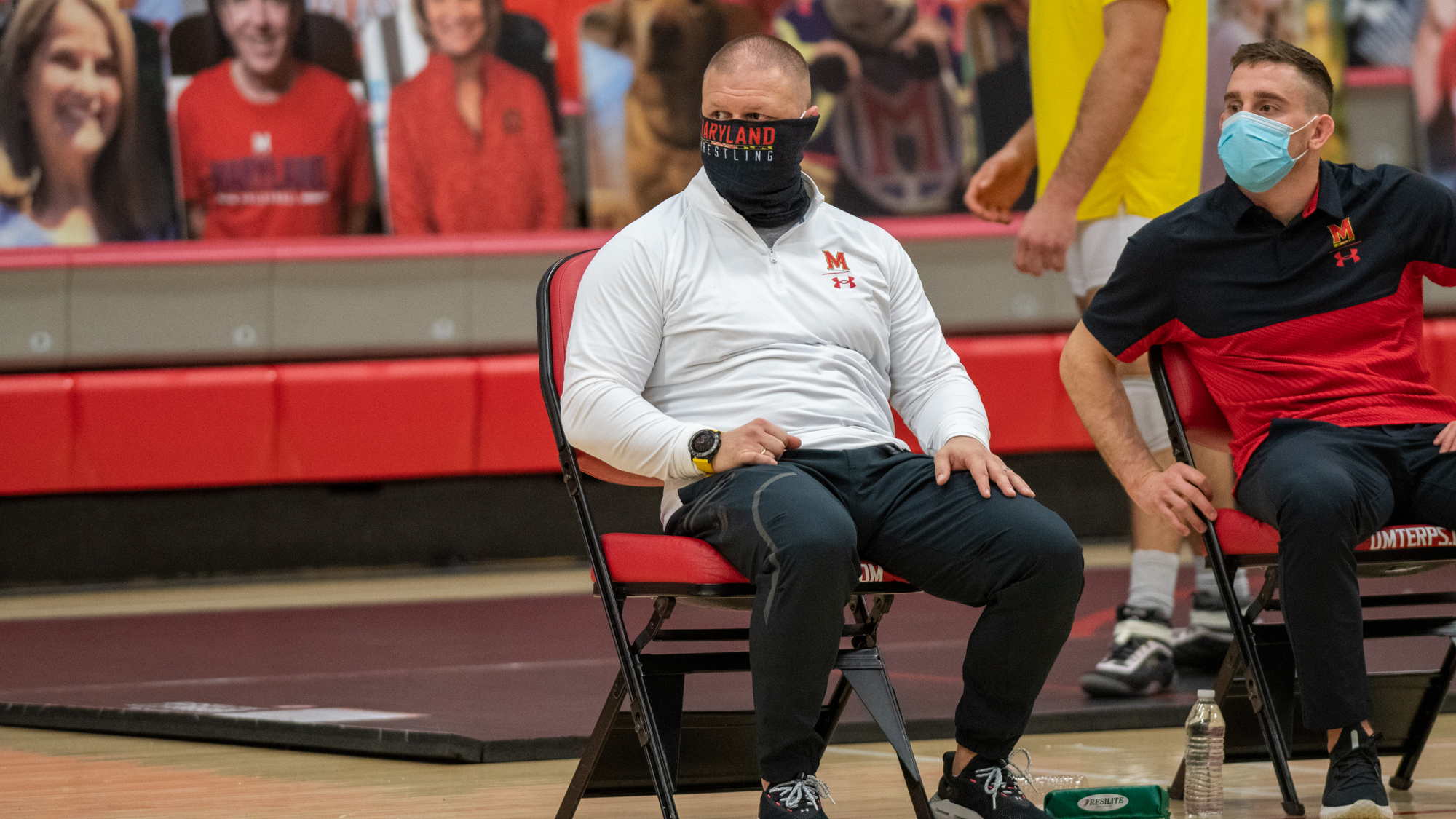 Brascetta has known Clemsen since he was just 12 years old. Brascetta’s brothers wrestled at Oregon State, where Clemsen was the director of wrestling operations. And Clemsen’s connection to Mellon is even closer — the two are brothers-in-law.

Now together in their second year as a coaching staff, all three are on the same page when coaching the Terps.

And that chemistry bleeds into how the program is run.

“They think like I do, they communicate like I do, they’re bought in, they’re passionate,” Clemsen said. “There’s very few disagreements. And when we do. it’s really constructive, and it’s behind closed doors, and it ends up being a positive. So I feel like the staff has really good synergy.”

Brascetta and Mellon’s ability to handle the responsibilities and tasks from Clemsen takes pressure off him as a head coach. It’s a role that can get taxing at times, particularly in the midst of an unusual season.

But, with his two trusty assistants taking charge, Clemsen has been able to focus on the finer points of coaching.

“I’ve empowered both of them to have a lot of ownership in their respective areas they kind of specialize in,” Clemsen said. “They both just do a really good job, and crush it and allows me to be a better head coach.”

But Clemsen’s relationship with Brascetta and Mellon goes far beyond the sidelines.

They spend countless hours together on and off the mat, whether it’s through texting in their group chat, spending time on the road or hanging out with each other’s families.

“We’re a pretty tight knit group and we work together,” Mellon said. “We work together well and … we’re always in communication with each other.”

Not a day passes when the three are not interacting with each other in some form. It’s a luxury that not every coaching staff has, and it rubs off on their wrestlers.

The trio are more than just coaches working together; they’re close friends whose personalities gel and complement each other. Together, they plan to turn the wrestling program around, one small victory at a time.

“They’re the two guys that I’m around the most and with the hours we put in, or travel or sacrifices we make from our families and things,” Clemsen said. “The three of us complement each other really well. And together, we’re gonna get this thing going sooner than if I didn’t have either one of them.”